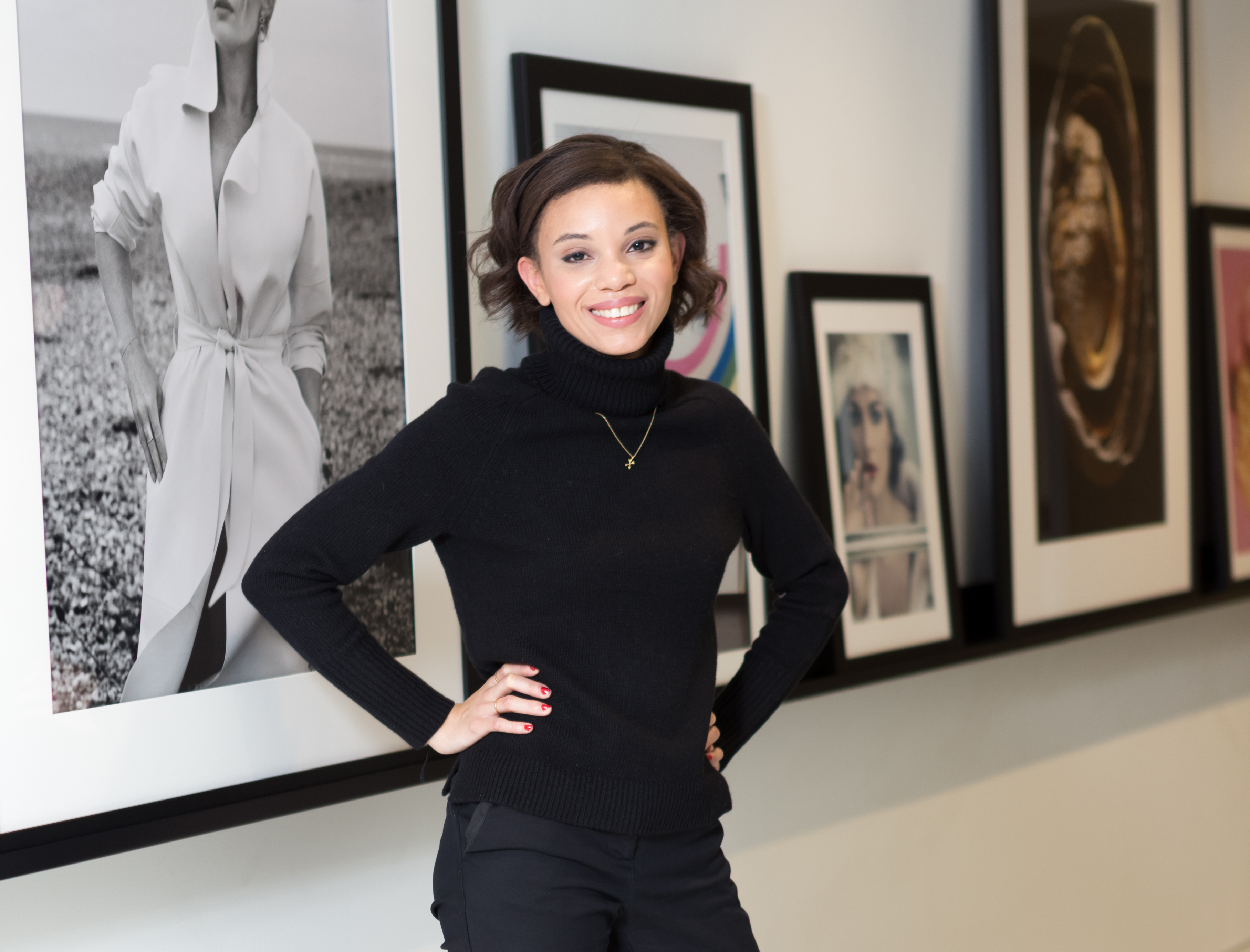 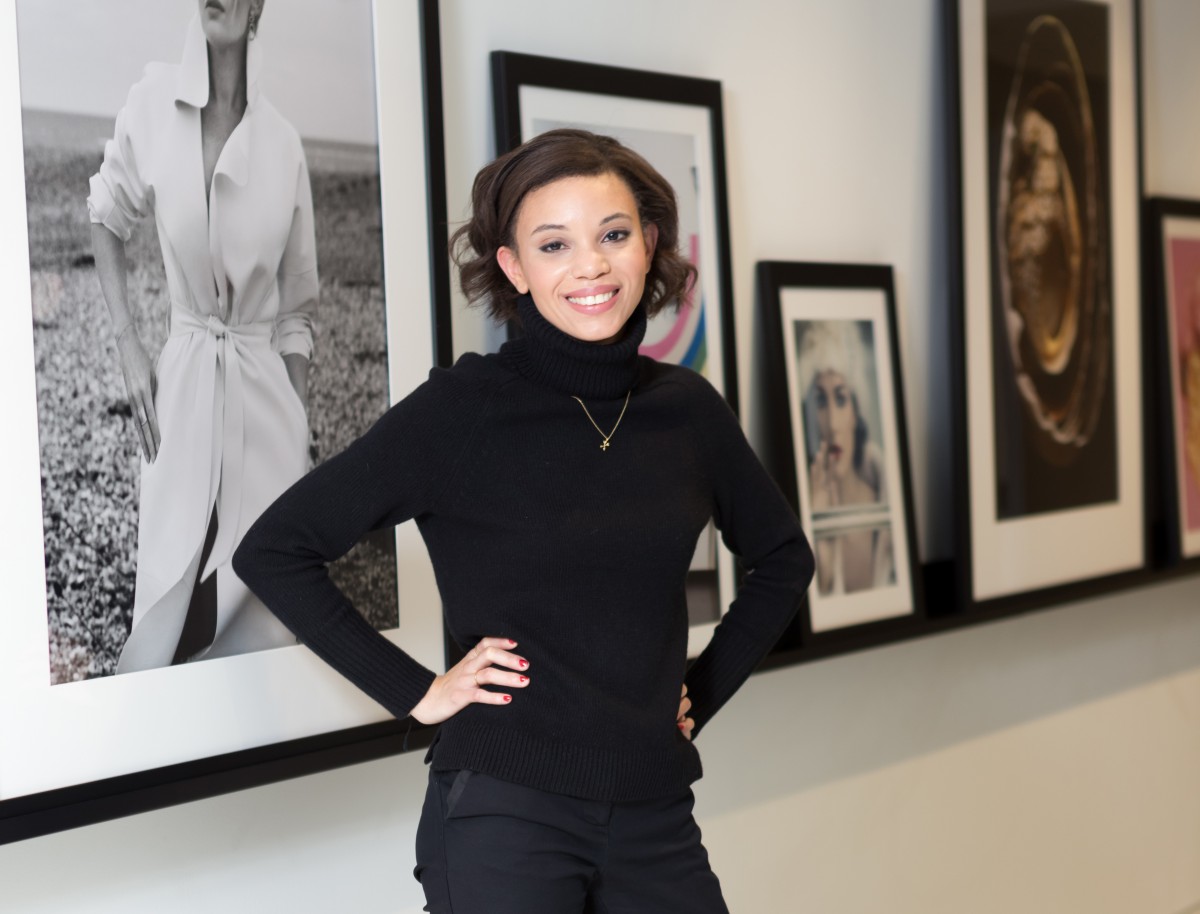 Helming two major glossies is no small feat, which means that the assistant to InStyle’s and People StyleWatch’s editorial director Ariel Foxman leads a busy life. Meet Rebekkah Easley, a key player at Time Inc. From her regular calls to the florist to testing out apps to overseeing the office’s move downtown to simply anticipating Foxman’s next move, Easley is the one he counts on. We swung by the mag’s new digs to find out how she helps him juggle.

How did you end up at InStyle?
I saw online that they were looking for an assistant to the editor. I was excited because I had such an amazing experience interning there—I loved the office culture. I immediately emailed the fashion department contacts that I still had. Just to cover all of my bases I put in my application formally into the Time Inc. website, and was contacted by HR. I set up my interviews with HR and his then assistant Brooke—she’s now at Billboard—and then interviewed with the managing editor and Ariel.

Did you always know that you wanted to work in publishing?
I read fashion magazines growing up, and it was something I was always interested in. I studied art history in college, and I knew that would easily translate to the fashion world, because I knew of a few editors who had art history degrees.

What was the interview with Ariel like? Were you nervous?
I get really nervous before interviews! I did a lot of research before I met with Ariel. The Internet is like whack-a-mole…you get lost in all the information. He’s on the board of a lot of charities and organizations, so I started researching them, because I thought, what if he asks me about them? I need to know everything! Because I had interned, I was able to speak pretty well about specific pages and our website. Ariel was the only person to ask, ‘How would your friends describe you?’

What did you say?
I said ‘silly,’ and he seemed to like that. When I told my friends, they were like, You could have said ‘loyal’ or ‘supportive’…

And what was your first day like?
It was February 2014 when Fashion Week was starting, so it was kind of crazy. Ariel immediately left for the Europe shows. His old assistant was promoted internally so she was able to walk me through everything. I never realized how frequently I would be communicating with the florist!

Who’s your florist?
Michael George. During Fashion Week, we’ll send arrangements to a lot of the designers after the shows. There have been times when I talked to the florist every day. I don’t have to identify myself anymore, and I have the phone number memorized.

So what time do you typically get in?
I get here around 8:30. Ariel and I communicate mostly via text, so he’ll let me know if he’s running late or if I have to move some stuff around. He has a lot of breakfast meetings, so he starts around 9 or 9:30.

How do you keep him on schedule?
He says that we’ve kind of developed our own language. Our old office had a different layout, so we couldn’t see each other when he was in a meeting. But now all I have to do is turn my head to look at him, and he knows what I’m saying. I try not to schedule him back-to-back so he can deal with all his emails.

Does your job cross over into his personal life a lot?
The job is 24/7, and he’s very good at separating the two, but sometimes they run together. It’s never anything crazy or weird.

So you’re new to the neighborhood. What was the moving process like?
It’s kind of like moving apartments, because he’s been with the magazine for eight years. He’s moved floors a few times, but he had been in that particular office for at least four. Going through all the stuff was fun, because there’s a story behind everything. He saves a lot of the notes he gets from different designers, like handwritten things from Armani thanking him for a story.

What do you both think of the new office?
It takes some getting used to. We’re still trying to get the lay of the land. With all of the other publishing houses moving downtown, it’s not difficult to schedule meetings with designers and PR people.

And the commute?
My commute is a little different now…Ariel lives right on the green line, so he can just shoot down. It’ll be great once Fulton center is complete, because it’s been a little windy…

We hear you! What are some of his favorite places to grab lunch in the neighborhood?
We’re both huge fans of the French bistro downstairs, Le District. I went to Paris this summer, so I’m still on a French kick. He also likes The Odeon, Chalk Point Kitchen, Café Clover, and a few places in Tribeca.

Do you miss the cafeteria?
I never ate there much, and I don’t think he did either, since a lot of his lunches were client lunches or we would order something. Sometimes I forgot it was there!

Do you ever grab lunch or hang out with any of the other assistants?
I’m really friendly with the girls in the features department. Ariel oversees a lot of the brand, and through that I’ve been able to get to know the girls on the publishing team, too. A lot of them live downtown too, so we go out together on the weekends.

Fun! So does Ariel ever ask you for advice on how to engage the millenial audience?
Sometimes, but he’s really up on social media. He doesn’t miss a lot.

Does he use Snapchat?
He does! I just got rid of mine, but we were Snapchat buds. And he’s on Instagram and Twitter. There’s this new app by B.J. Novak called The List, which he’s on as well. It’s pretty straightforward—you just create lists.

How is he using it?
I’m actually putting together a list for him—you can request lists from people—about what people ask when you tell them you’re the assistant to the editor in chief at a fashion magazine. So I’ve been doing my market research. Without fail, people always ask me, is it just like Devil Wears Prada?

And your answer?
I say no! That’s a very big dramatization and he’s the complete opposite of that.

Did his previous assistant prepare you for the gig with tips or advice?
I’m still in touch with her! Ariel has created this supportive network of his former assistants. I feel like I can reach out to her about anything really. She told me first and foremost I’m here to assist him and ensure that he stays on track. After that, I can see where I would like to go. It’s always a discussion I have with him. He’s very open to hearing what I’m interested in.

Has he given you any advice during those conversations?
There are little tidbits all the time, but from watching how he operates and how he deals with all the responsibilities on his plate, I can emulate how he prioritizes. I’ve learned a lot from him and he’s let me experience a lot.

Are you able to do things outside of your responsibilities as his assistant?
I do a few online stories, and I’m helping to create content for the InStyle list of talent as well. Most of my previous experience had been in fashion closets and market teams, so I help out on shoots when I can. We have a few coming up in New York that I’ll get to help out with.

After being involved so much in his day to day, is EIC a job you’d want?
I think I would! I know it takes a lot to get there, so we’ll see what happens. He’s creating this amazing product, and I love the fact that he’s so engaged with the readers. Just last night he posted our January cover with Viola Davis on his Instagram and was just so pleased with all the comments he got from readers. At the heart of everything, that’s still the most important thing to him. It’s a large part of why the magazine is so successful.

What’s some advice you’d give someone filling your shoes?
Anticipating what he needs is the best thing that you can do. It saves him time, and makes his life easier if he doesn’t have to ask. You don’t learn that immediately; you have to get in the groove with the person. But once you have that I think it’s a really valuable tool. Regardless of where I go next, I’ll always be aware of that.

So what is next?
I definitely want to stay in magazines, and I think that I’d like to get back into the market and be hands-on, helping out with shoots. I’m trying to figure out how I can work that out. It’s hard, because I never want to leave him!

For multi-tasking cheek colours the rms beauty Lip2Cheek does equally as it says.

The facts are that you just expose yourself for between 50 and 100
different chemicals daily before you even leave the lavatory within the morning.

Hi Reba this is your aunt bean text me