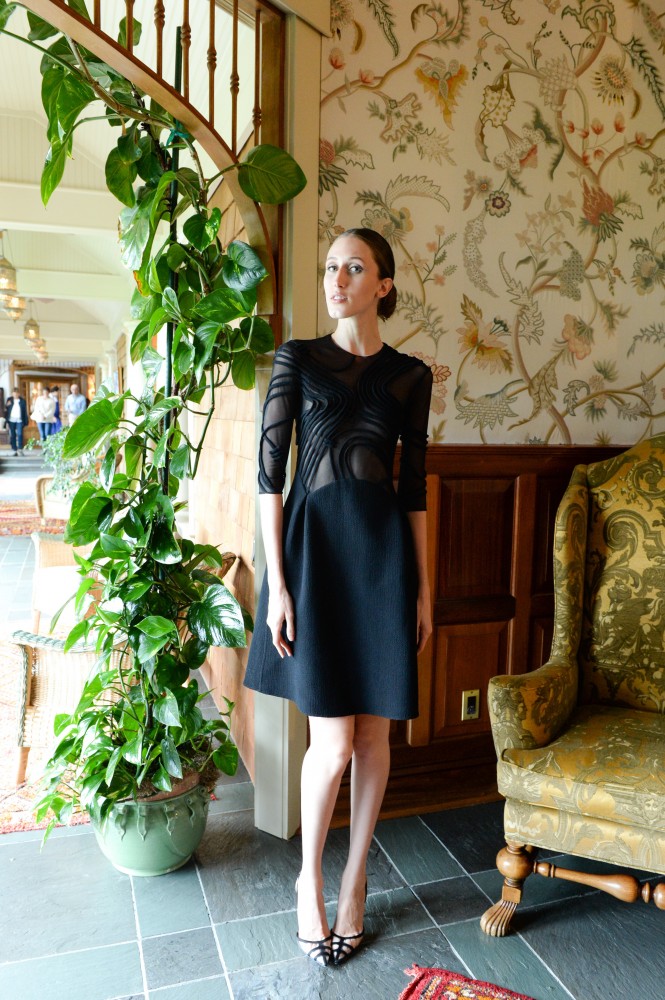 What’s not to love about Anna Cleveland? The statuesque 23-year-old mod is the legendary Pat Cleveland‘s daughter, has been in Paris for fashion week, and she’ll be in the town for her debut at the Crillon ball in November. We obviously had to find out what she’ll be wearing and she also divulged some of very chic childhood memories…

What’s your earliest Parisian memory?
I remember going to a Kenzo show. There were elephants, and we were underneath magical circus tents.  After that, I wanted to come back and explore the extravagant beauty of Paris.

How old were you?
Seven years old, I think. My mom was pregnant with my brother when she got catapulted on a string as the Madonna in a Thierry Mugler show. I wish I could say she was pregnant was me!

What was the first show you walked in in Paris?
The first show I did was for Chanel. Karl Lagerfeld flew me, my mother, and my brother to Paris. I was 13; there were snowflakes dripping down from the ceiling. It was a magical moment, because me, my mom, and my brother were on the runway together. Karl did it as an homage; he had previously offered my mom a contract, and they had worked together for many years.

What did you think of Karl Lagerfeld back then?
I always thought of him as Uncle Karl. I never really knew what he did. When I’d go to these events as a little kid and meet these people, I never knew what they did. But when I saw the grandiosity of things I thought, “Wow. This is it! This is what everyone in fashion lives for, for moments like that.”

What does your dress look like?
It’s going to be vintage Chanel couture, but I’m still deciding between two dresses. You know how girls are: We like to try a bunch of things on.

Tom Ford To Show In L.A. For The First Time