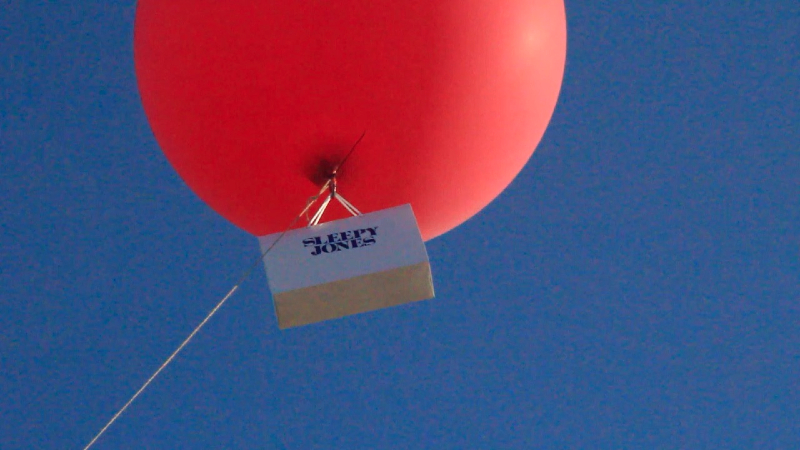 Sleepy Jones, Andy Spade‘s chic pajama brand, has partnered with filmmaker Van Neistat (brother of fellow filmmaker Casey Neistat, who you may remember from his work with J.Crew) to launch a social media scavenger hunt starting in Montauk this weekend. If you are out East, be on the lookout for a giant red wether balloon, which will be carrying some Sleepy Jones goodies for whoever can catch it. The locations will be tipped off via Sleepy Jones’ Instagram @sleepyjones and Miranda July‘s Somebody app.

The balloons will be released over a two week period from Montauk to Joshua Tree National Park. The first balloon will be launched on Saturday in Montauk. A film by Neistat, below, entitled “Untether Yourself” was released to promote the project. “The idea for this project came to me out of my love for cinematic balloon cameos in films like The Red Balloon, Badlands, Walkabout and The Black Balloon—along with the sensation I got when I found a $20 bill on the street in New Orleans last Christmas Eve at sunset,” said Neistat. If you’re searching for the balloon this weekend, don’t forget to search #untetheryourself to keep up with the hunt. Spade will be launching the last balloon himself next month in Napa.