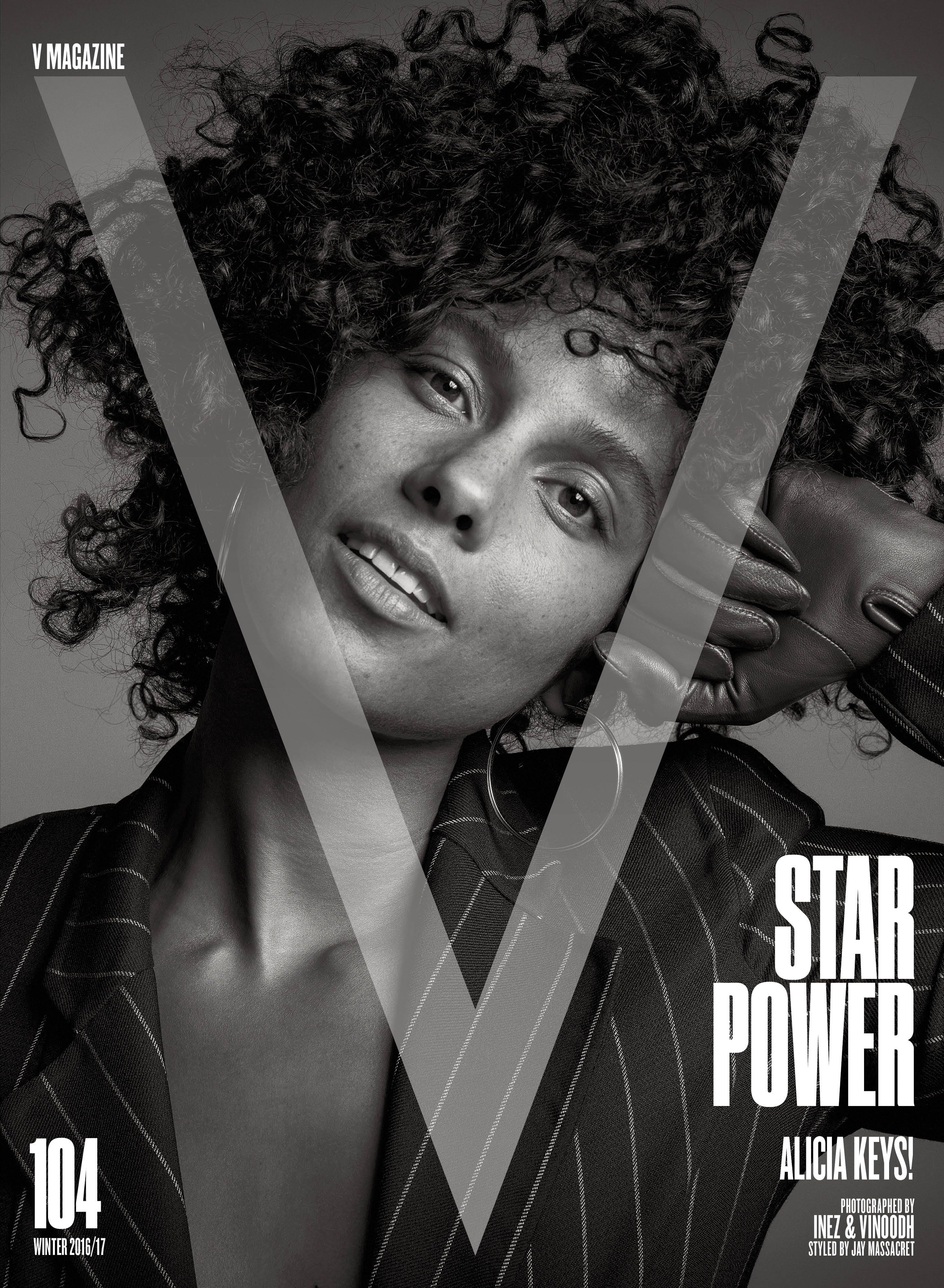 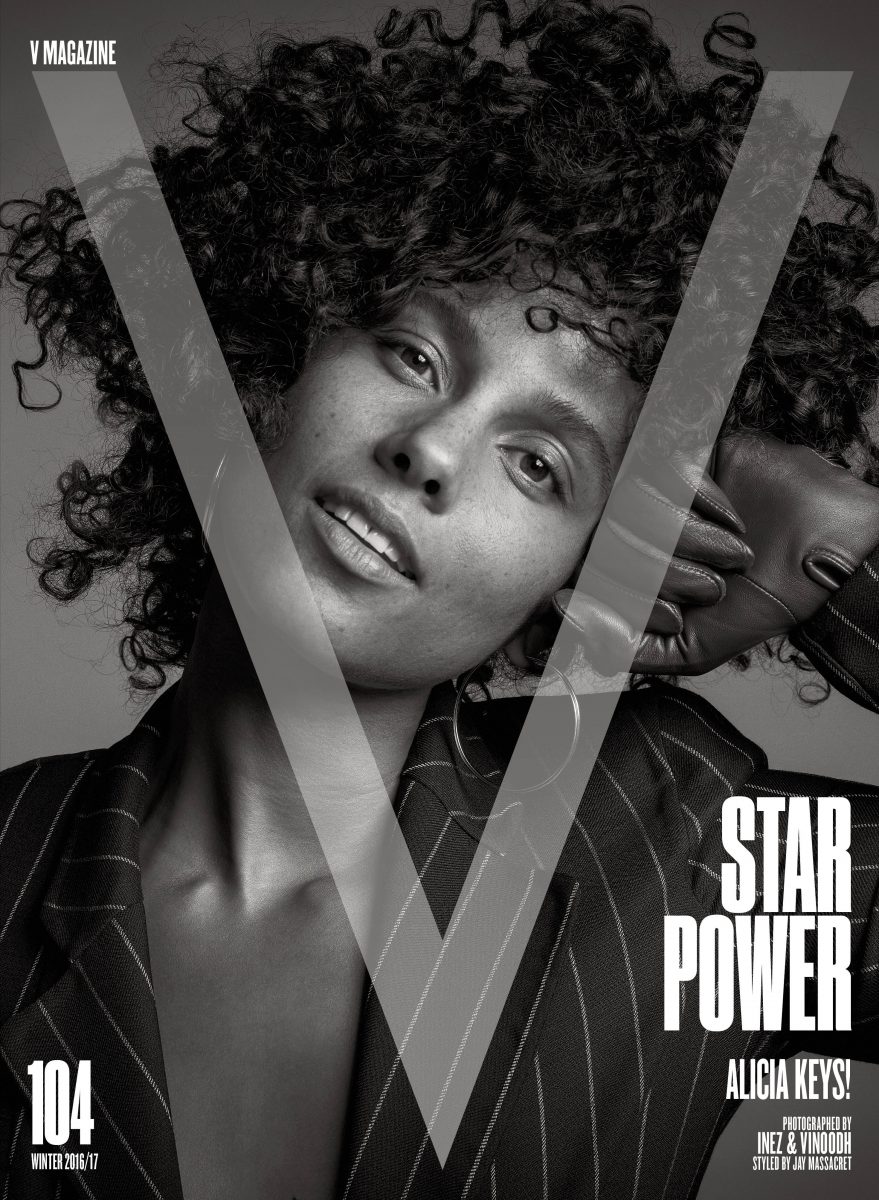 V is taking a bold approach with its November issue, honoring pioneers in pop culture who are challenging traditions in the worlds of fashion, music, art, film, and TV. Enter Alicia Keys, whose forthcoming album “HERE” puts the spotlight on social injustice. In anticipation of the album, Keys opened up in Lenny Letter in May about her decision not to wear makeup. Fittingly, on the cover she goes barefaced and beautiful in a shot by Inez and Vinoodh and styled by Jay Massacret.