This Couture Outfit Is Every New Yorker’s Waking Nightmare 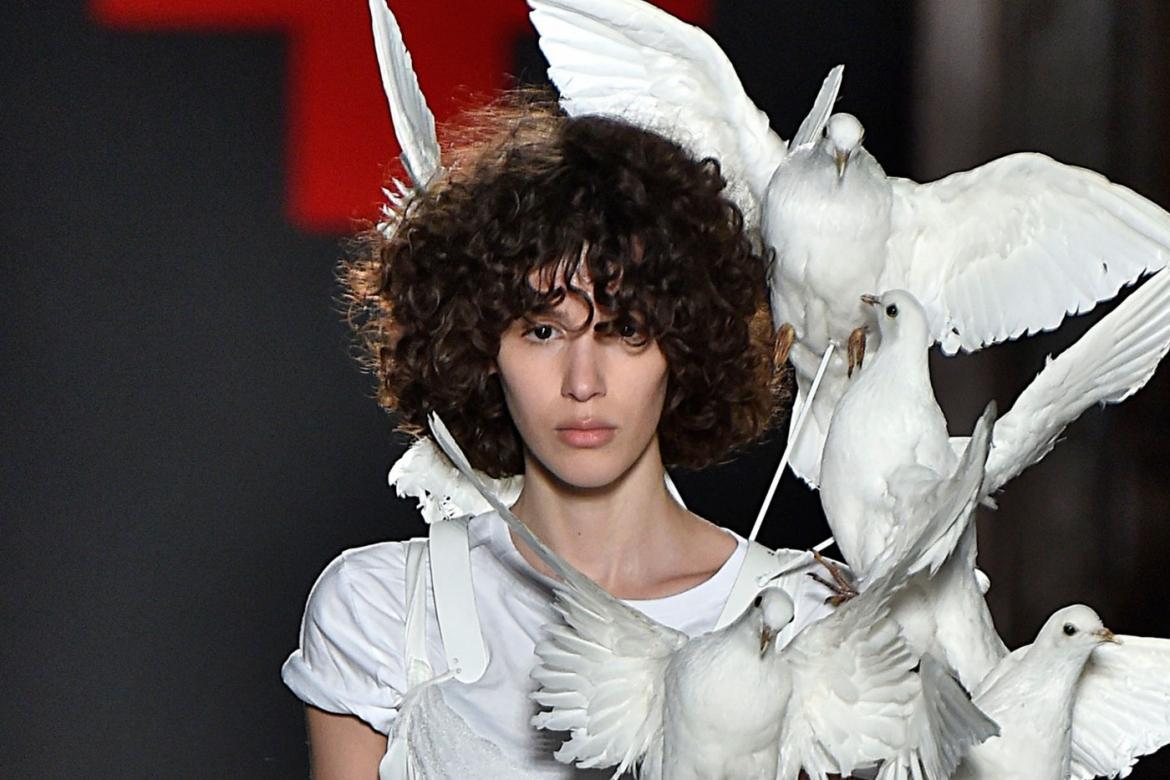 You know that thing where you’re walking down the street, minding your own business — just sipping your coffee and scrolling through Instagram — when all of the sudden, out of nowhere, some filthy pigeon flies right up into your face? You freak out. You scream. You flail your arms. Coffee goes everywhere. Your brand new phone flies out of your hand and crashes to the sidewalk, your screen completely shattered. It’s every New Yorker’s worst nightmare. And now, its also a couture dress from A.F. Vandevorst! 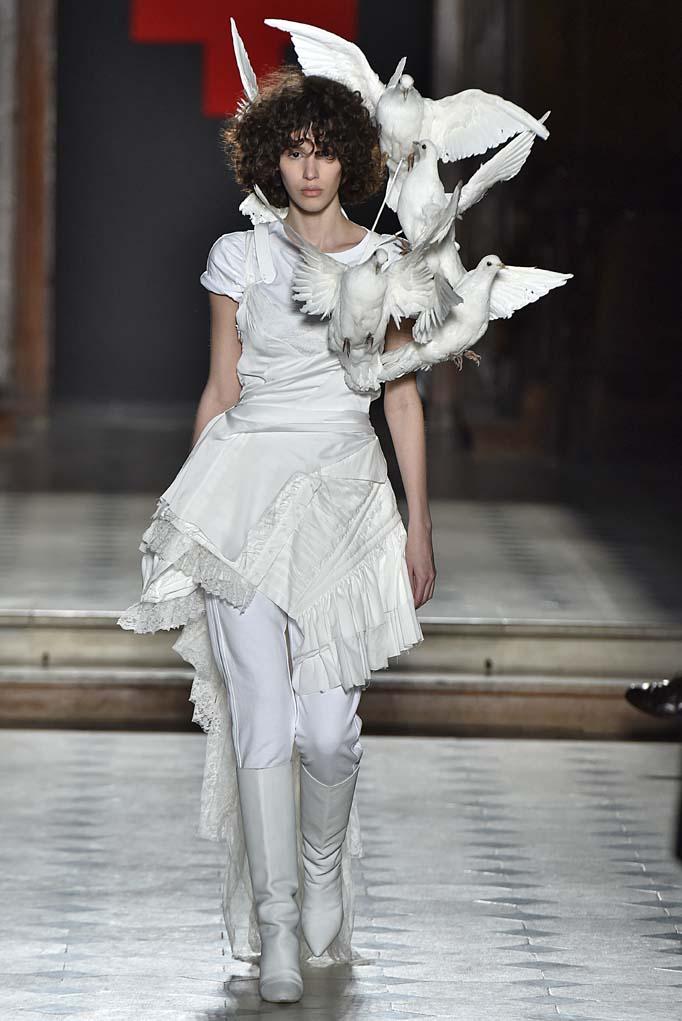 Maybe it’s a top, rather than a dress. Or some sort of jumpsuit. When it comes to couture, it’s sometimes hard to know exactly what you’re looking at. Sometimes an outfit looks like it’s made up of traditional separates, but it’s actually all one piece that you enter through a hidden opening in the kneecap. Whatever. It’s not important. What is important is that there are five stuffed birds attached to this thing and if you’ve ever found yourself at the center of a ballistic pigeon attack like the one described above, just looking at it is probably giving you PTSD.

Can’t you just see them flapping around your face? Dust and little flecks of pigeon poo flying everywhere. Right onto your new white shirt. Into your mouth! Because you know something got in there when you screamed at the beginning of the attack. You can try to deny it all you want, but the reality is, you pretty much just licked a pigeon. 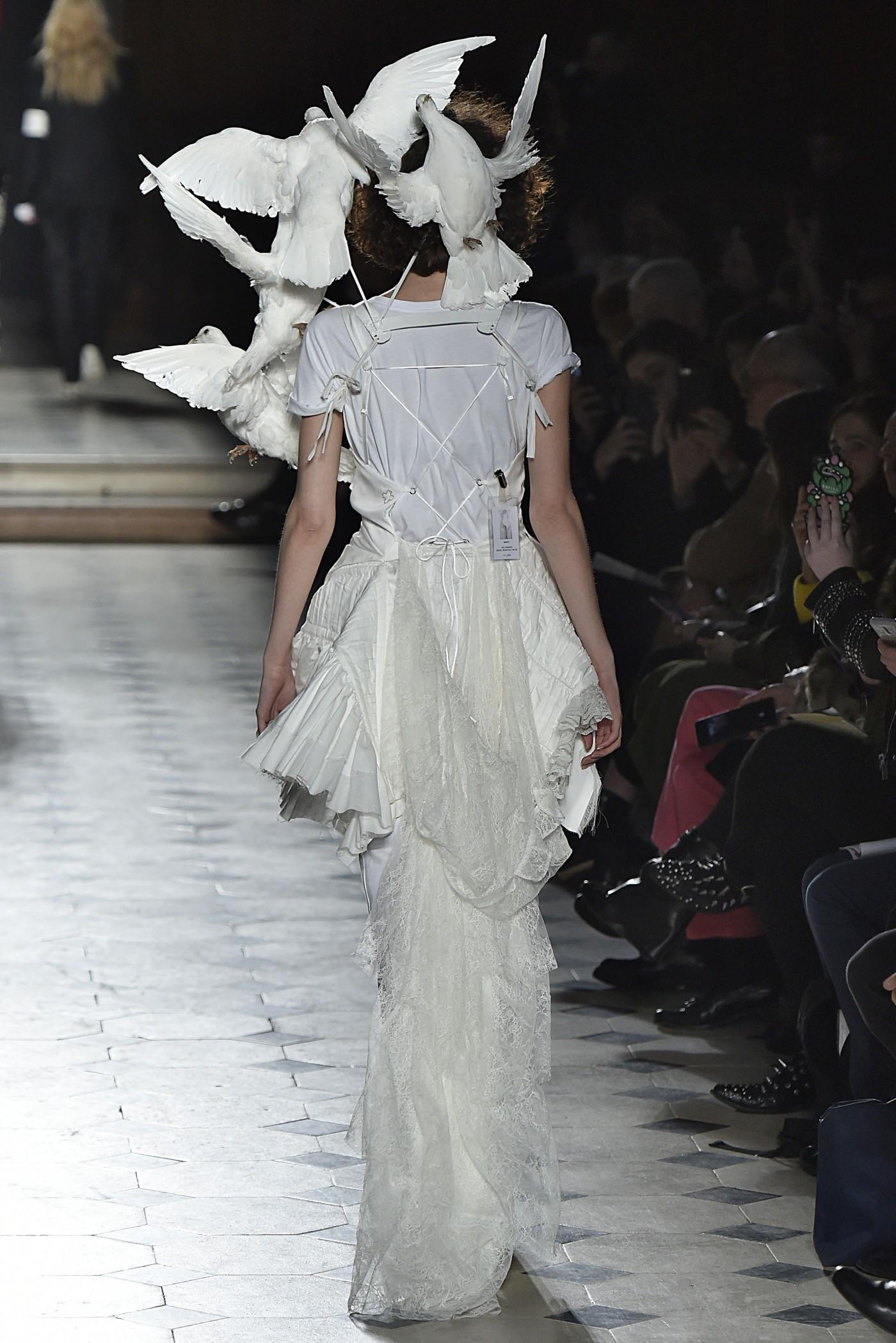 Some people might call these particular birds “doves,” but New Yorkers know that “dove” is just a fancy word for “pigeon” and pigeons are just rats with wings.

Tourists think pigeons are cute. They even feed them. But locals know they are a plague. A filthy, flapping, pooping plague.

Clearly this model is not a New Yorker, because if she was she wouldn’t be able to move from the trauma of it all. Then again, is it just me, or is there a sort of shell-shocked quality to her expression? Like she’s just so “in it” that she can’t even process what’s happening right now. 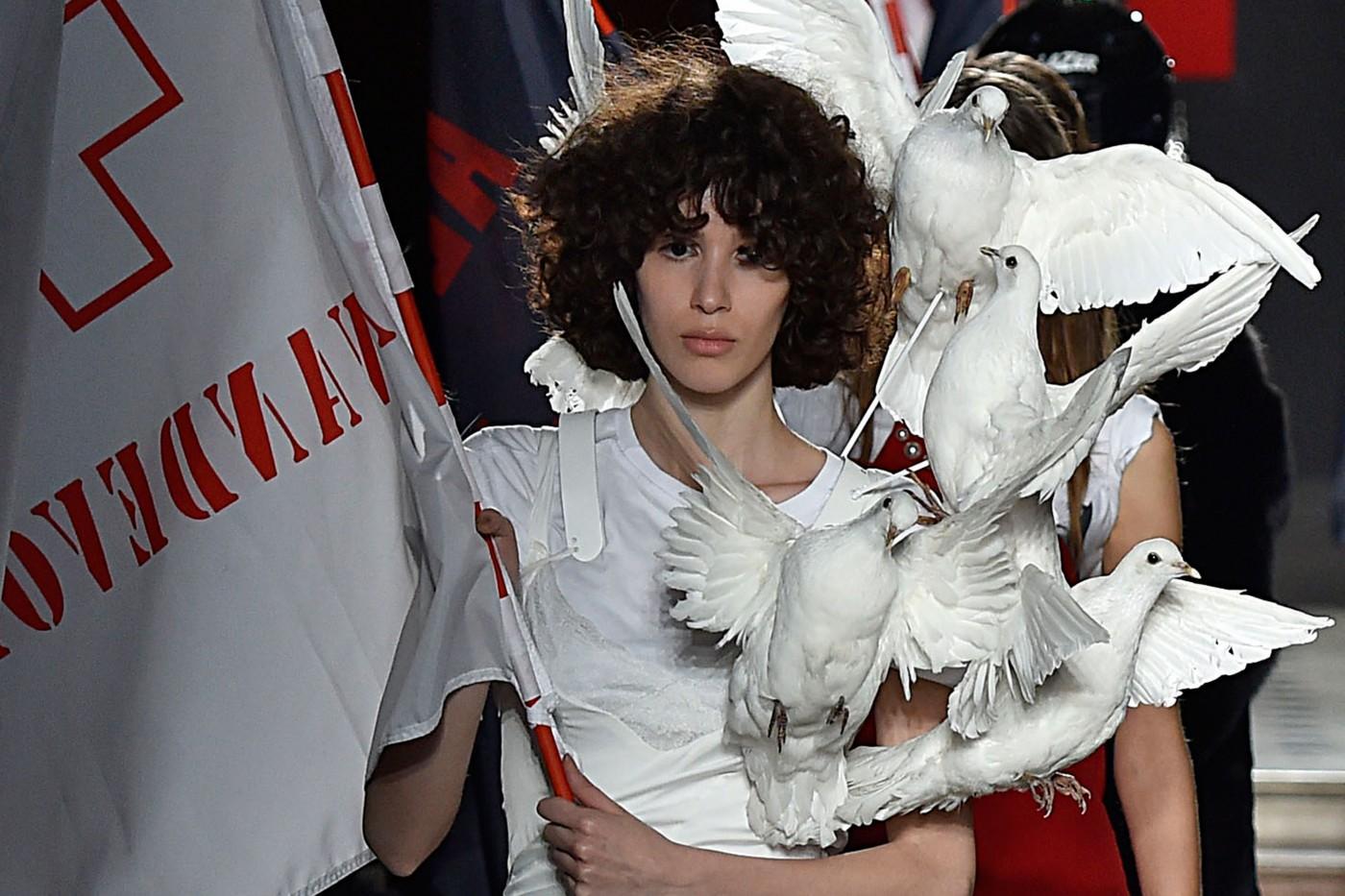 Or maybe I’m just being dramatic. I mean, it is kind of beautiful, I guess. Right? You know, if you’re not bothered by rabies or whatever. Some people aren’t. Maybe this model is just such a person and if so, good for her. #professionalism #goodwithanimals 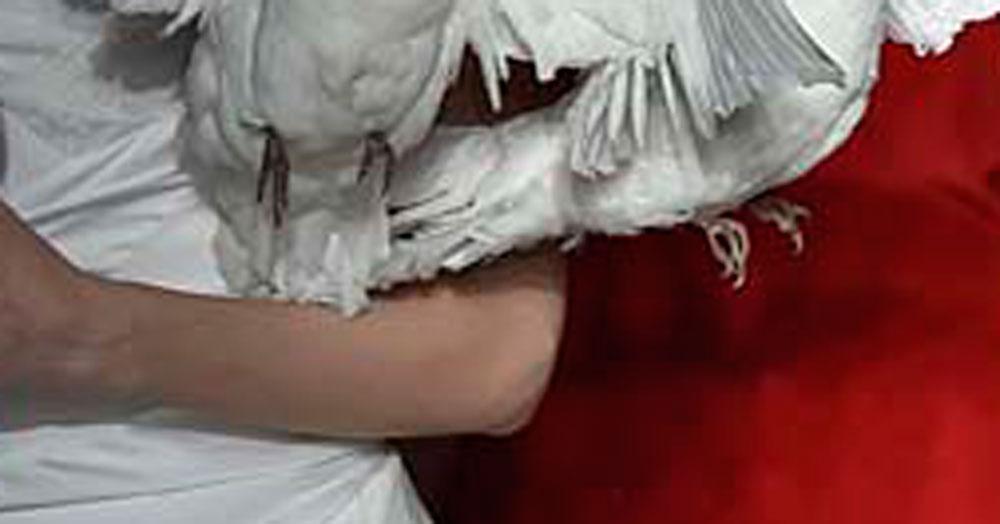 25 Couture Looks Destined for the Red Carpet at the Grammys