A Historic Win at the 2020 SAG Awards, Balenciaga Is Returning to Couture 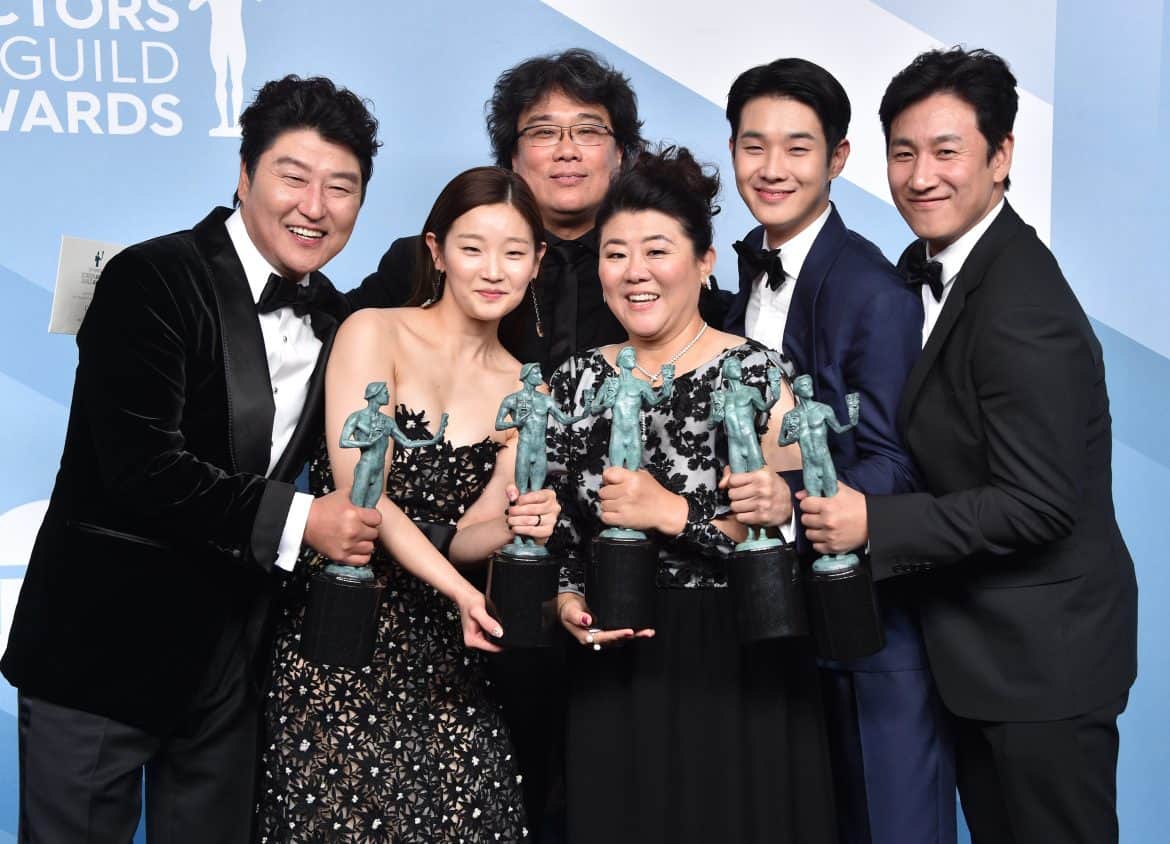 Parasite Makes History the 2020 SAG Awards (Variety)
Last night Parasite became the first foreign-language film to win the SAG Award for Best Motion Picture Cast, the night’s top honor. The cast was given a standing ovation as they took the stage to accept the award. “To be honored with the Best Ensemble Award, it occurs to me that maybe we haven’t created such a bad movie,” Song Kang-ho joked in the cast’s acceptance speech. See the complete list of winners below.

Balenciaga Is Returning to Couture After a 52-Year Absence (Vogue)
Demna Gvasalia is brining Balenciaga back to the Haute Couture runway! The show, which will take place in July, is the first time the house has couture since 1968, when Cristóbal Balenciaga himself closed the label. This will be Gvasalia’s first foray into the world of couture, and to help him out the house is “establishing a dedicated team” to the collection. The brand is also “replicating” Balenciaga’s original salons at its historic location, 10 Avenue George V.

“Haute couture is the very foundation of this house,” Gvasalia said on Instagram. “So it is my creative and visionary duty to bring couture back. For me, couture is an unexplored mode of creative freedom and a platform for innovation. It not only offers another spectrum of possibilities in dressmaking, it also brings the modern vision of Balenciaga back to its sources of origin.” 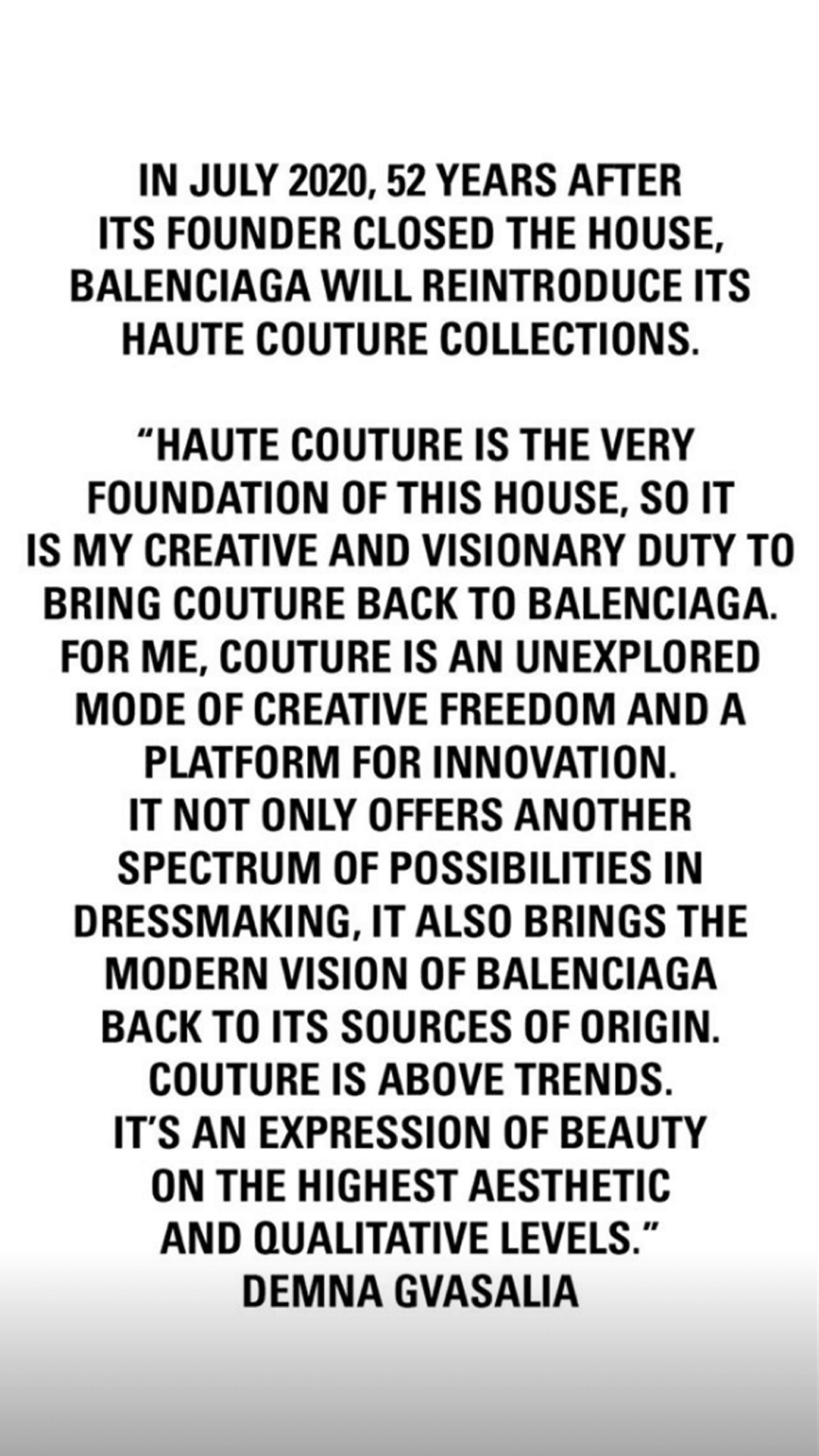 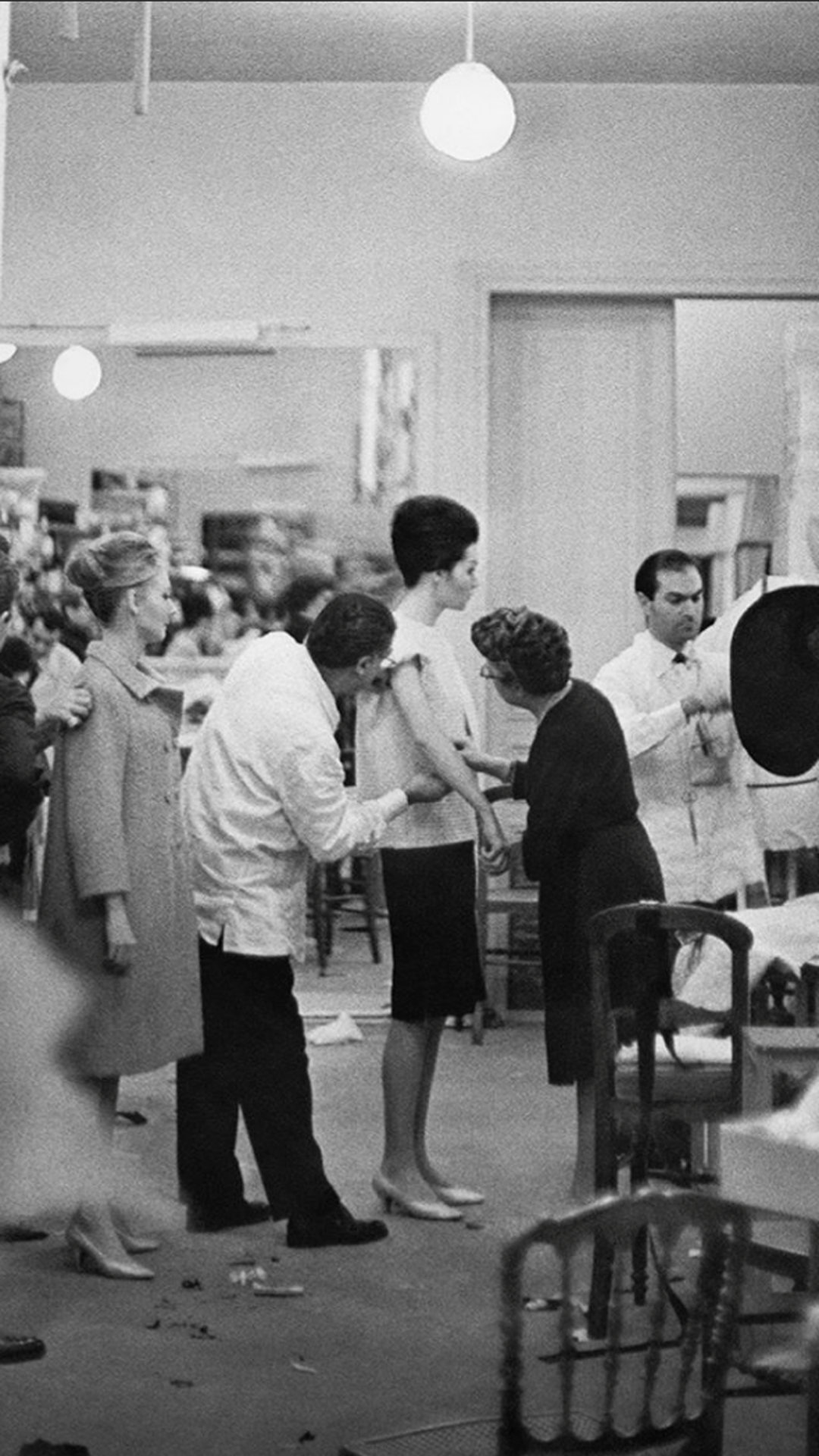 Prince Harry and Meghan Markle Officially Give Up HRH Status (Buckingham Palace/The Queen)
It’s official: Harry and Meghan’s exit from senior royal status has been finalized. As part of the agreement the duo will step back from royal duties, including official military appointments. They will no longer formally represent the Queen (although they will continue to work with their private patronages), and they will no longer receive public funds for royal duties. Additionally, they will repay the expenses from the Sovereign Grant used to refurbish their UK home, Frogmore Cottage, and are working on establishing an “independent processes to determine the need for publicly-funded security.” Finally, they will no longer use their HRH (His/Her Royal Highness) titles. However, the New York Times explains that they will remain the Duke and Duchess of Sussex.

Moroccanoil Opens a New Academy In NYC
Last week, Moroccanoil celebrated the opening of the Moroccanoil Academy, a new, state-of-the-art, 8,500-square-foot facility in NYC. “When I was a hairdresser in the salon, I wanted — no, needed — to continuously learn, which provided ongoing growth not only for my professional development, but for my business in the salon and, ultimately, in myself,” says Robert Ham, VP of global education at Moroccanoil. “I’ve never forgotten the need for those resources and the many challenges I overcame in order to obtain them. That is why it has been my commitment, and the commitment of Moroccanoil, to offer all stylists, regardless of who they are or where they are from, the opportunity to learn and grow through quality, accessible education.”

The new space will host up to 40 classes a year, being held weekly Mondays through Wednesdays. Enrollment in the Academy is open now, with classes beginning February 3rd. Stylists can register immediately for Moroccanoil professional courses at MoroccanoilProfessionals.com. 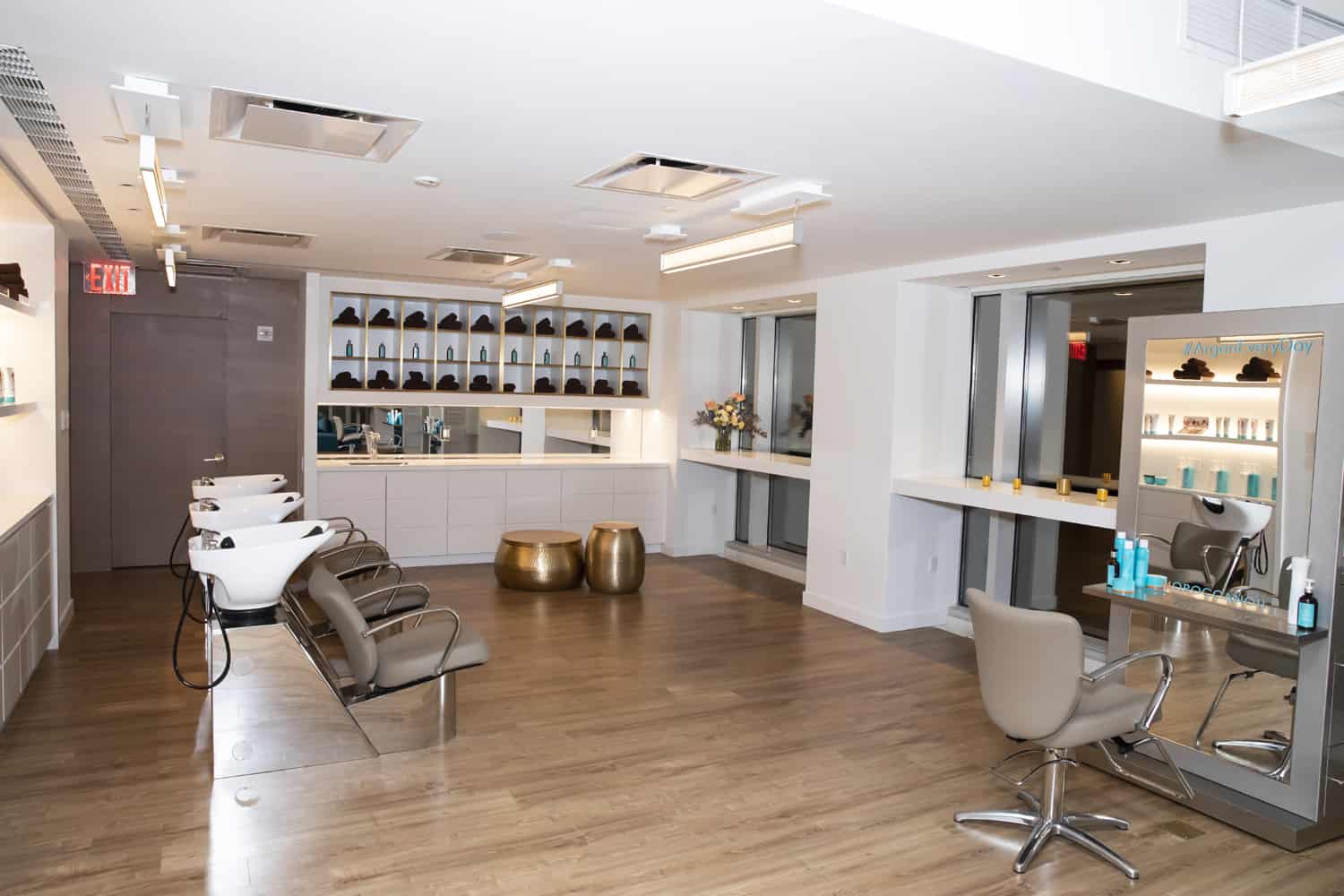 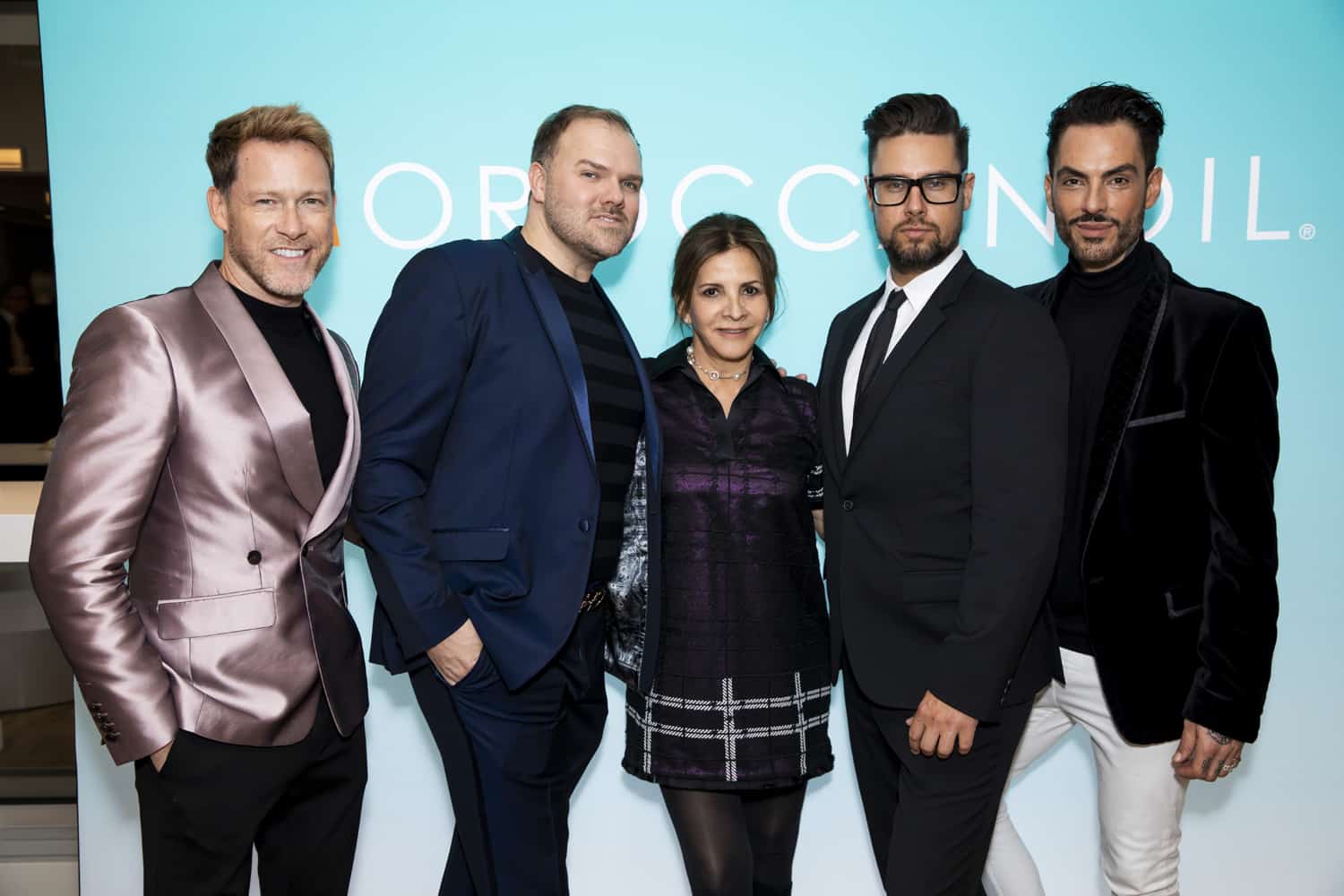 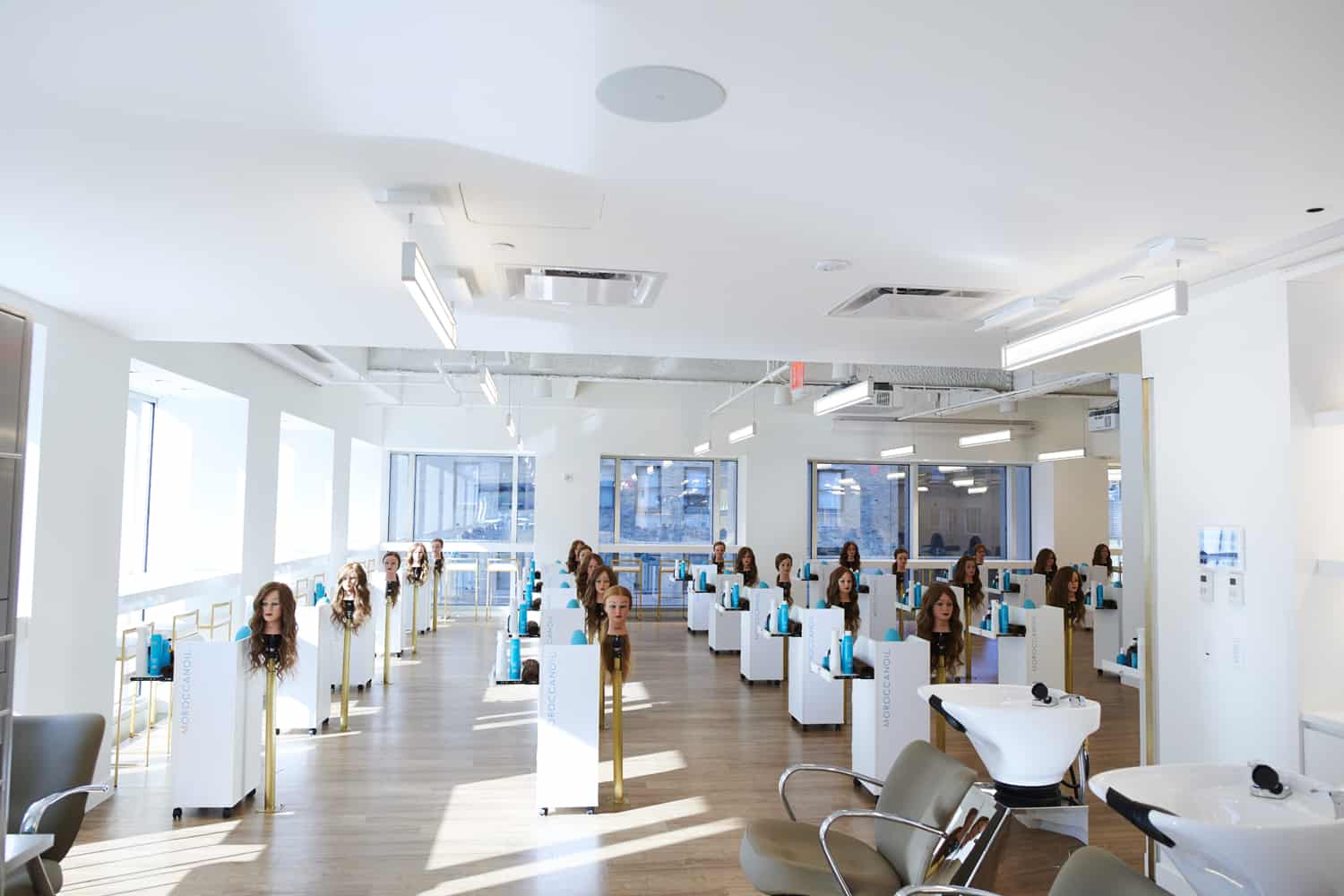 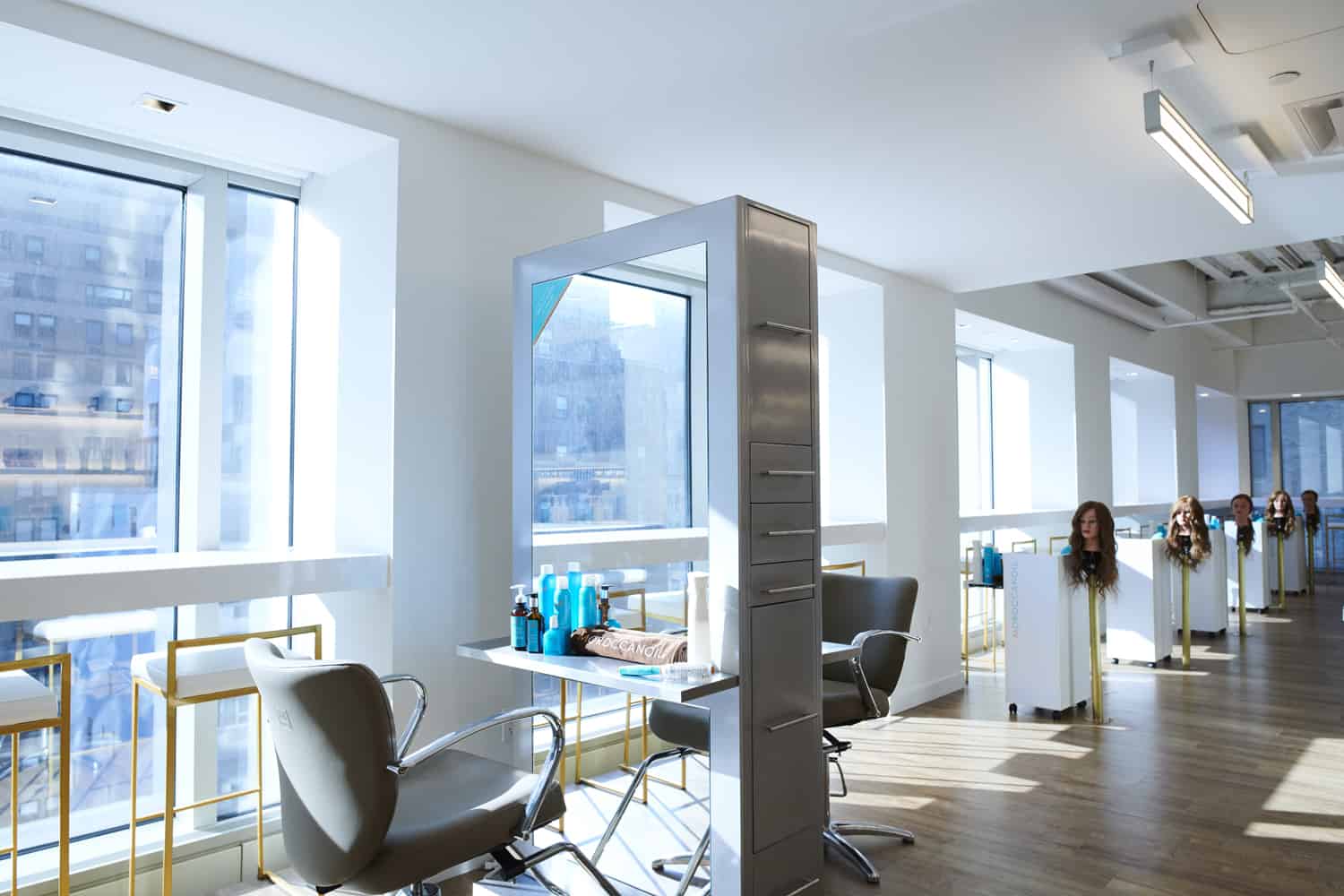