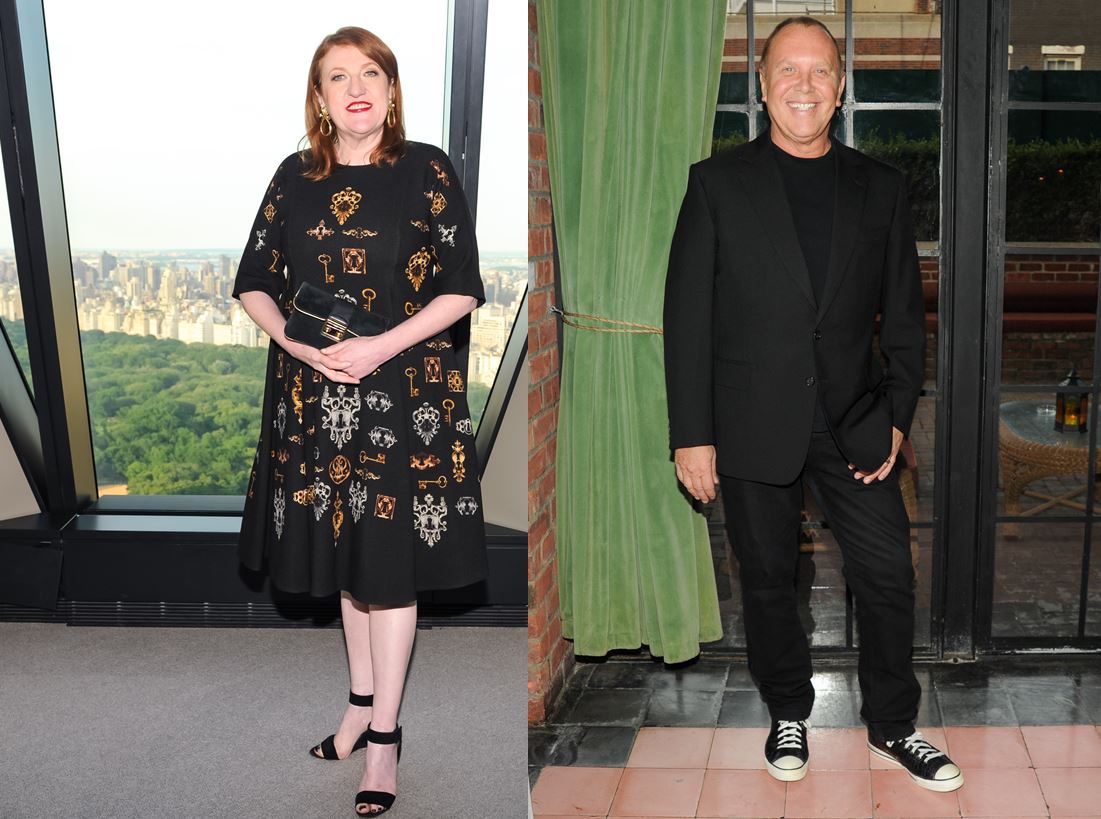 When we popped by the Hearst Tower on Tuesday for their latest Master Class, we thought we were interrupting an intimate coffee date between old friends. The occasion? A chat between Harper’s Bazaar’s Glenda Bailey and Michael Kors. The two have been close pals for years, and they touched upon every topic imaginable during the hour-long talk, including Kors’ penchant for noir, his ghosts of outfits past, and his Wall Street debut. Your Daily picked out the 10 best tidbits, highlighting some facts you might not know about the Kors.

1. He has a secret modeling past: “I went to a birthday party when I was four, and there was a producer there who did television commercials. He said to my mom: ‘He’d be great on television.’ The next thing you knew, I was making commercials. The big retirement came at age six, because I didn’t want to go to school! I was happy just going to casting calls.”

2. Just call him the King of Craft:  “When I was 12 years old, I decided I wanted to have this craft boutique in my house. I called it ‘The Iron Butterfly’ and put up a little sign on the house. I was sitting there hammering out iron bracelets. I told all the girls in my neighborhood to come on down, and we sold everything in one day.”

3. He regrets his past fashion choices: “I was the most victim-y, trendiest human being on the planet. But in all beige. One time I took a piece of raw silk jersey, wrapped it into a diaper pant, I took a luggage strap, wrapped it around my waist and my thigh, a panama hat, a beige blanket on my shoulders, and I carried a huge Hunting World bag.”

4. A pair of jeans started his career: “I went into Lothar’s and tried on these jeans. I started talking to one of the sales people in the store and said, “It must be so great to work here, do you get a discount?” And she said, ‘Actually, if you work here, you get two outfits for free per season, and we’re looking for help!’ It was really my entrance into seeing how this international group of very affluent people who travel the world, dress in everyday clothes.”

5. He can see into the future:  “I have this weird fashion telepathy thing that happens with celebrities. When I’m fitting a dress or garment in its first stages, I can look at something and be like, ‘Jennifer Lopez!’ and inevitably it turns out to be!”

6. And he’s got an astrological calling: “I’m a big believer in the zodiac. I don’t necessarily live my daily life by it but I think it does give you a little insight.”

7. The early rules: “I had very strict rules when I started. My clothes came in two sizes: petite and small. I didn’t think there should be seasons and I didn’t like the idea of a fashion show, I thought you lost the detail of the clothes. I would show every person who came to see me, every garment on a model up close and personal. It would take forever.”

8. The most precious moment of his career: “I never in a million years dreamed of ringing the bell to open the day’s trading on Wall Street. I’m not one of those people who burst on the scene over night, I’ve had a steady burn, so it was an unbelievable moment.”

9. He will literally wear his aviators anywhere: “I can wear them on the red carpet, I swim in them. Pilates with sunglasses is a good idea, too. And you look so much better when you look up and see yourself in the mirror!”

Love you fashionweekdaily….love you even more MICHAEL KORS the perfect LEO!