If there are two words on the lips of everyone in the fashion industry today, it’s ‘nepo’ and ‘babies.’ Thanks to a dedicated cover story in the final print issue of New York Magazine, one can almost hear the eye rolls as everyone digs in to the feature and realizes that uh, yeah, the faces du jour on runways and on billboards are all attached to a famous family tree. With that in mind, here are some names and faces in NYC and beyond who made sure the public sat up and took note this year.

Not only is Canadian actress Taylor Russell being lauded as one of the year’s breakout cinematic forces, she’s become a bona fide fashion muse too. And we’re not just talking on the red carpet—she’s both opened the Loewe show, appeared in the brand’s campaigns, and graced the cover of an all-Loewe editorial for Dazed, having become designer Jonathan Anderson’s go-to face and global brand ambassador. From Schiaparelli to Alexander McQueen and vintage Vivienne Westwood, Russell and her stylist Ryan Hastings sure know how to keep fans on their toes too with the high fashion gags.

From black tie balls to downtown dance floors, one stylish DJ is often found spinning the tunes keeping the party going. Nikki Kynard, who’s often joined by at the decks by her other half Aku Orraca-Tetteh, manages to look like she’s just stepped off a runway while doing it too.

Mark our words, Naomi Ackie’s star is about to go stratospheric. About to grace big screens near you when the hotly-anticipated Whitney Houston biopic I Wanna Dance With Somebody hits theaters, this straight-talking London native has both talent and taste in abundance. 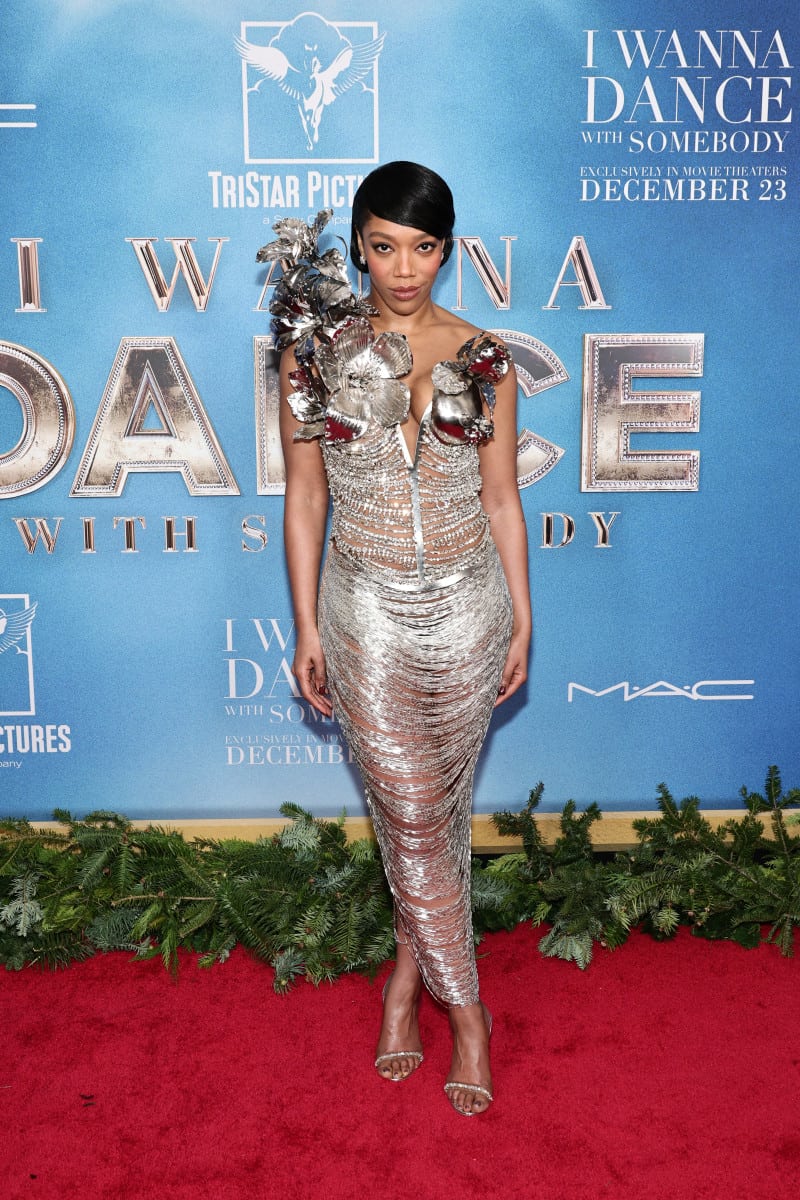 Fresh faced newcomer Kate Bartlett quickly racked up over one million followers on TikTok thanks to her easy going, chatty to camera nature, her trend-launching video editing on the app, and her innate personal style.

Playing the titular role in Baz Luhrmann’s Elvis catapulted Austin Butler from “was he once on Disney Channel?’ territory to household name thanks to his acclaimed, pitch perfect performance as The King. Add plenty of hookups from the Celine VIP team for his red carpet appearance and his inimitable ability to pull off anything black and slim fitting, and you’ve got yourself a best dressed fixture forever more.

It’s been a heck of a year for Simone Ashley, who was launched into the spotlight thanks to her role on season two of Bridgerton this past spring. Working with super stylist Rebecca Corbin Murray has helped propel the British actress to it girl status; one with stylish staying power.

Stylist and influencer Tina Leung has been a regular on the fashion scene for a hot minute, but since being announced as a cast member on the NYC spin off of Bling Empire, her profile, with the addition of her eye-catching mermaid-y turquoise hair, went through the roof. One thing’s for sure, we can’t wait to (hopefully!) see inside her closet when the show airs.

Jeremy Allen White (aka Carmy from The Bear)

If you thought that the Prada/Bottega/Loewe logo-centric white tank tops were the most exciting singlets to happen this year, think again. Jeremy Allen White’s sucker punch of a performance as Carmy in FX’s The Bear had us all rethinking the impact of a box fresh white tee as he (and his endearing alter ego) became both an unexpected sex symbol and one of the most popular Halloween costumes of 2022. Yes, chef!

London-born, Brooklyn seasoned model Alva Claire’s resume would make any nepo baby blush. She’s been enlisted by both Rihanna and Beyoncé for Savage X Fenty and IVY PARK campaigns and shows, walked in double digit runway shows this past fashion month, and is one of the first-ever plus size models hired by Versace. One to watch!

A beloved Gen Z girl next door who’s also a Chanel darling with both a phenomenally popular TV show under her belt and an appearance in one of the most buzzed about movies of the year? As Lucille Bluth in Arrested Development would say; good for her! Stranger Things/The Whale actress Sadie Sink is going from strength to strength and despite being just 20-years-old, her ongoing collaboration with stylist Molly Dickson is accelerating her elevated, elegant, and aspirational personal style.

Why The Wall Street Hotel Is The Place To Be