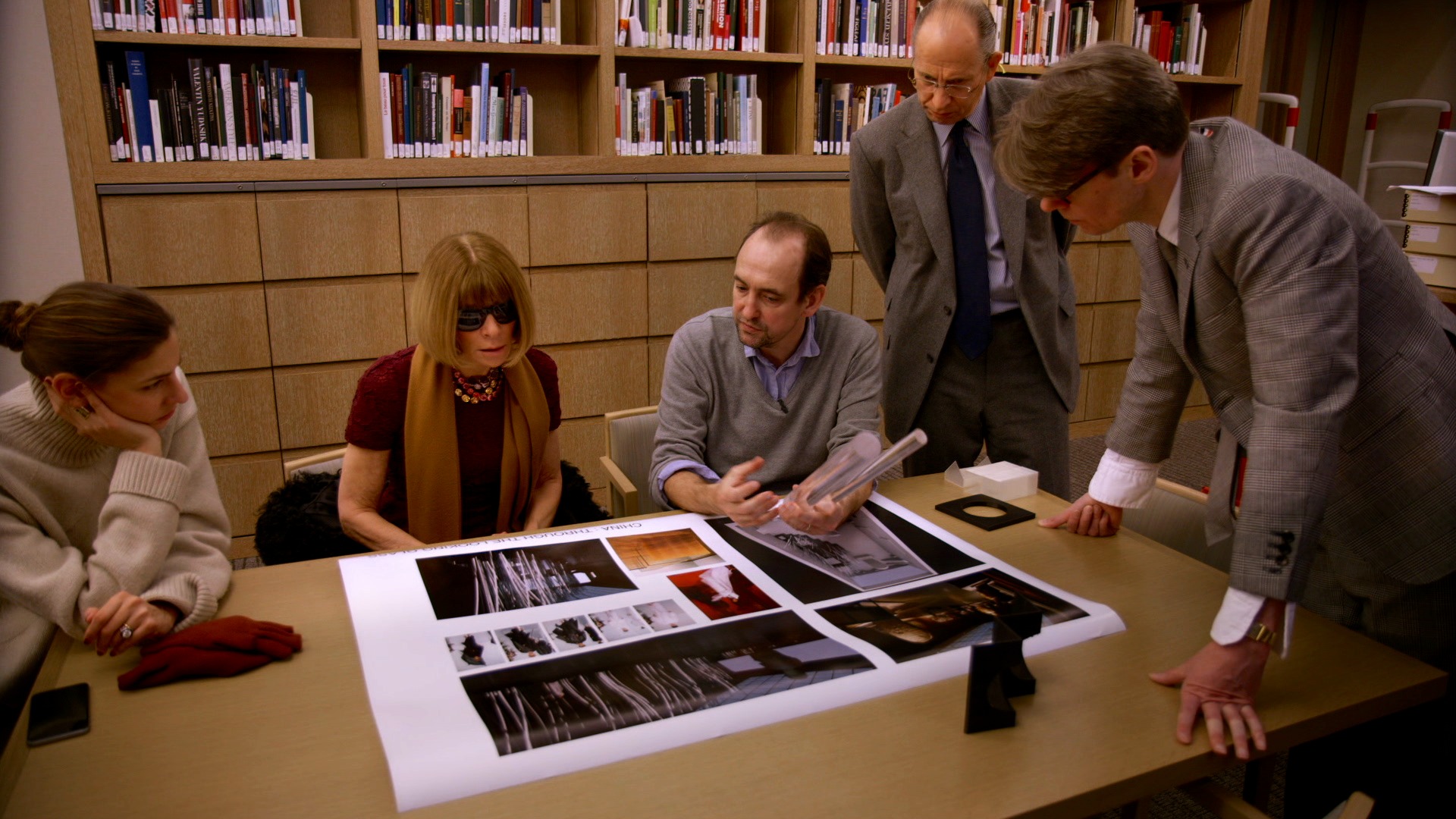 Fans of 2009’s The September Issue (and we know there are legions of you) are in for a sequel of sorts with The First Monday in May documentary, coming your way soonish. The doc, which will open the 15th annual Tribeca Film Festival on Wednesday, April 13th, is a behind the scenes look at The Metropolitan Museum of Art’s most attended Costume Institute exhibition in history, “China: Through the Looking Glass.” The film is directed by Emmy Award nominee Andrew Rossi, and focuses on curator Andrew Bolton putting the annual exhibition together, with Anna Wintour playing a role center stage putting that little Met Gala party on. Look for cameos from Jean Paul Gaultier, Riccardo Tisci, Karl Lagerfeld, and John Galliano, and as spotted in the just released trailer, drama over the cost of Rihanna‘s look for the Met Gala. (There’s also a guest that Anna doesn’t seem very excited about coming to her party.) Let’s hope this film fares better than Anna’s most recent film appearance, Zoolander No. 2, which is a critical and box office bust earning just $23.7 million domestically at the box office. Ouch.