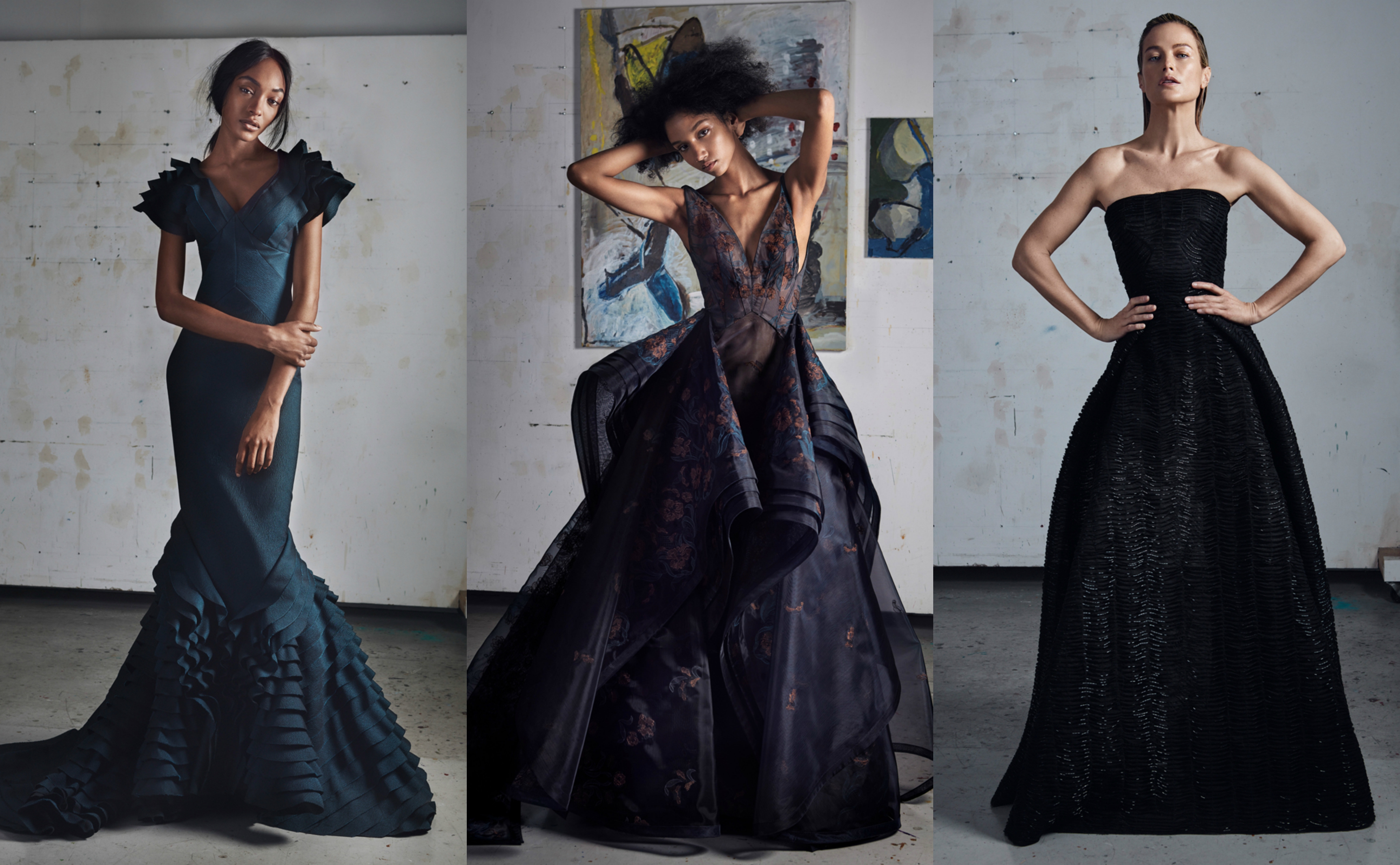 Hilary Rhoda! Aiden Curtiss! Lindsey Wixson! Jourdan Dunn! Carolyn Murphy! Zac Posen has always had the crème de la creme on his runways, but this season he opted out of the traditional runway to do a video collaboration with Vanina Sorrenti [sister of Mario] and the top mods still came out to don Posen’s designs. The video was filmed in Posen’s childhood home for an intimate look into the designer’s early years. We caught up with the designer to hear about this year’s presentation and what he has down the pipeline (plenty as you might imagine). Plus! A quick chat with Posen’s parents.

Why did you decide to take your collection off the runway this season?
Communication has changed and I wanted to give everyone a democratic image, in the same image where you can see the clothing, the texture of it, in the same film, and in the same video. I also didn’t want to show the entire collection because it takes month until it gets into retail—except for the shoes, which are buy-now, wear-now. I wanted to highlight the craft and process, and it to be about family. I shot in my family’s home on Spring Street, where I grew up in my father’s studio which was a creative process. I collaborated with Vanina Sorrenti. I wanted to create imagery that was timeless and that wasn’t going to age. I thought it was important to highlight that age range of women, and to have my god child, Vanina’s daughter who is 10, to Caroline Murphy who is in her 40’s, was special.

You moved out of this studio three years ago. How’d you get the space back?
We just found out it was available for this event, so it just makes it authentic. Authenticity is what it’s about today.

When will your documentary come out?
In the Spring!

And you have a cookbook coming out!
The cookbook is in the fall, Rustic to Redefined. I’ve submitted the writing and now we are creating the imagery. And then I have Project Runway this summer!

A Moment with Posen’s Parents, Susan and Stephen!

Your son has been in the business for 15 years now. What’s it like looking back?
It’s quite amazing to see all the collections he has done from then until now. It’s emotional. We are very proud of his longevity and all that he has accomplished.

What were those first moments like when you saw Zac was interested in design?
It was really early on. When we took family trips I would take a notebook and crayons and pencils and he’d draw outfits for his mom. He was three-and-a-half years old. It was pretty evident early on that he was fascinated

Is your wardrobe very Zac filled?
I’ve got a lot of great archives!

Do you get good first dibs?
No, I’m the cobbler’s daughter!

What was it like having your son shoot these photos in the apartment that he grew up in?
Zac refers to my studio as a sacred place, so to have him in the studio for an extended amount of time doing this was a learning experience. I happen to be a painter but I’m also a photographe. I thought it was nice to have my paintings within the shot. The results are wonderful.

What do you think of Zac stepping away from a runway show?
Everybody feels very relaxed and wonderful, as opposed to a runway show where people come in and are anxious and depressed once they come out. It’s an interesting concept and I’m happy Zac thought of this as an alternative way.

Has Zac ever asked you for your opinions for his designs?
From the time he was a little boy, there was always a back and forth of him asking questions. He’s an artist on his own, and I respect that. He respects what I do. We have a dialogue—he has a very sharp mind, an acute eye.

He’s working on a cookbook. Is he a good cook?
He’s a great cook. Amazing, actually. He invents on the spot. Food is love in our family. We are a family with a big table that shares everything. Taste this, taste that. He has developed a love for cooking and a love for experimenting.

What’s your favorite dish he makes?
He makes a very good soft shell crab. Very easy to do but it’s still hard to do. He does a lot of Mediterranean spices, which I like.

An Explosion of Color at Sies Marjan! Jonathan Saunders’ Second Collection for DVF! The Daily’s NYFW Issue 6 Has Arrived