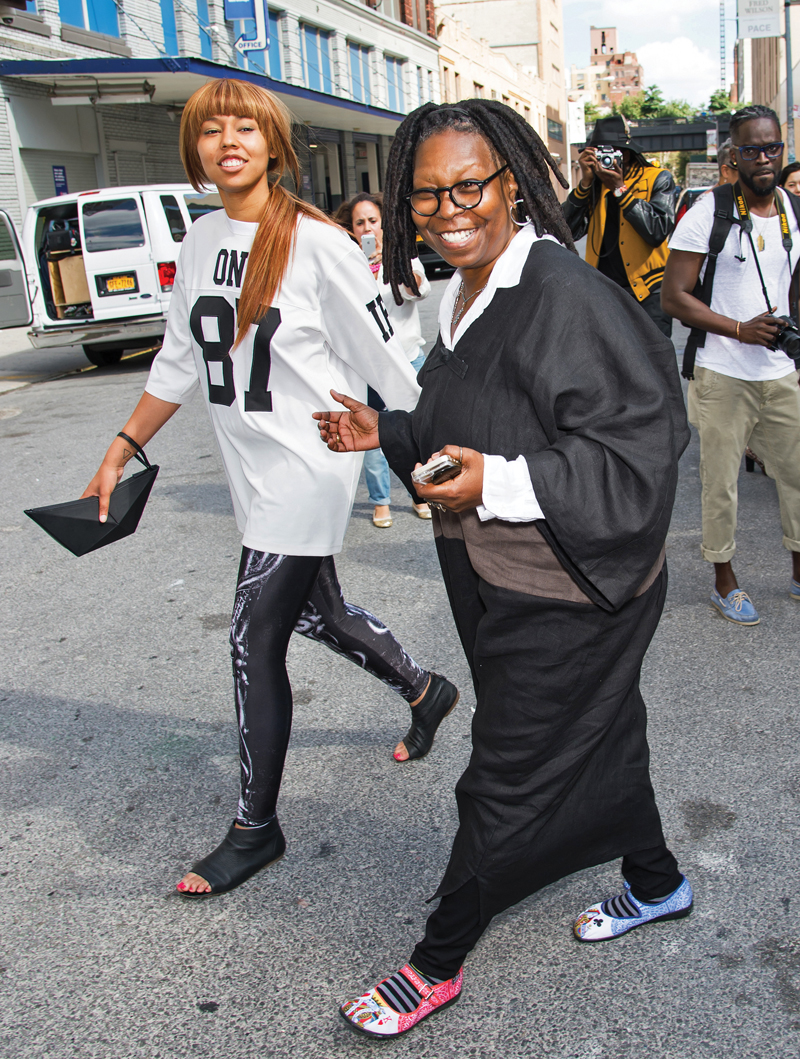 The legendary talk-show host breaks down her new docu-series, Strut, which hits Oxygen on September 20. Plus! Who knew fashion has always been one of her most enduring passions?

Did you come up with Strut?
My partner, Tom [Leonardis], and I came to the show through 44 Blue Productions. I think most people don’t realize how often they’ve been around transgender people—it’s not something people will generally bring up—so seeing all the hoopla surrounding Caitlyn Jenner and people’s interest in  made this seem like a good opportunity to talk about the first transgender modeling agency, Slay Model Management.

What are you hoping to show viewers?
Transgender people are just simply people, and their stories are pretty much the same as everybody else’s story, except they have one extra page: It’s about who they see themselves to be and who they are in their soul. I think a lot of people understand it in a flippant way, and this show reveals real people trying to live their lives and how they can’t get things done as quickly or in the way they want to. We thought we could also help people who aren’t only going through this but are living this through a family member.

I Am Cait was canceled after two seasons. What was your reaction?
I think what most people would say about Caitlyn Jenner is that she came out, we started to see a change, and then she made a giant change and became the face of what is supposed to be transgender. We’re taking it away from all of that and putting it in real people’s hands, in real time, and showing what they’re really going through. People have spent time with Caitlyn through the Kardashians and they see that she has a lot of money to do these things, but what about the people who don’t have the money—what do they have to do? They won’t be able to sit down with a famous journalist and talk about their journey, so we’re taking it in a different direction.

Were you ever on set during filming?
When they’re here and I can get to things, I go—I love them. But I try not to be around too much because it can sometimes change how people do stuff. I prefer to look from a distance.

You’re a Fashion Week regular. What do you like about it?
Anything that’s unusual and wonderful and makes people feel good is something I want to investigate. I like lots of different kinds of designers—not necessarily to wear, but just to watch. For a while my granddaughter wanted to be a model, and then she realized that it’s really a lot of work. So we went to see what it was like and what it entailed.

You’ve tapped into design yourself over the years.
I have. I’ve designed socks and bedding. I like design—it’s about finding faith in what you do. 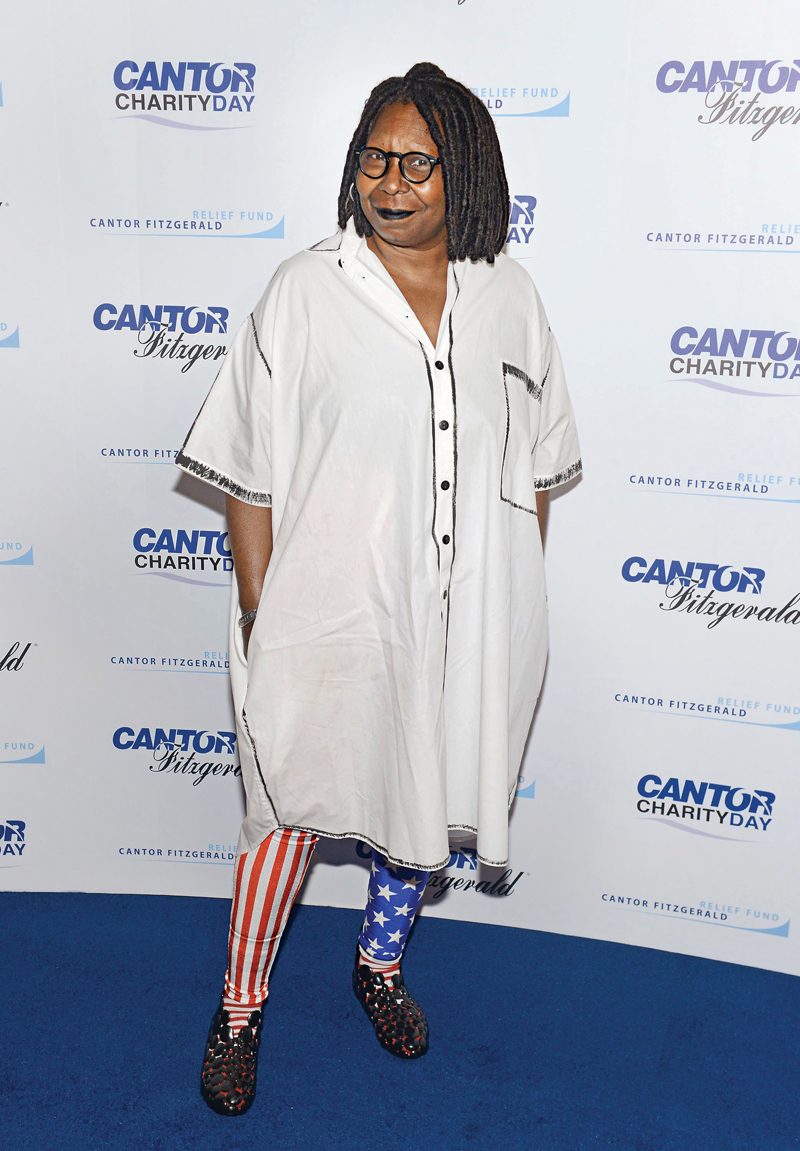 How do you describe your personal style?
It’s all about comfort. I like things to be oversize, whether I’m a pencil or a basketball. I like to wear white shirts because they make me feel like I’m starting out the day in a clean way. I’m not looking to prove anything in my clothes other than I’m comfortable.

It’s no news that you have quite the shoe collection….
The shoe collection I have is specifically for The View. I have probably four pairs of shoes at my house, and 200 for The View. A lot of my shoes come from Irregular Choice; they have magnificent stuff. They also come from Shoe Be Do, in New Orleans, and Kobi Levi, in Israel—they come from all over! There are also a bunch of shoe sites I really dig. I just look and see what’s around.

What triggered your interest in fashion?
I’ve always liked comfortable and interesting-looking things. When you look at fashion through the years, you realize that the ’20s fashion has been tweaked to turn into the ’40s fashion and then the ’60s—it’s really one outfit that has shifted and turned into lots of different things. It’s what I’ve seen in movies, what I see on the street, what I’ve lived…I love peasant blouses and bell-bottoms. Can I always get away with them? No, but I love them.

Do you keep up with fashion magazines?Well, there are a lot of them now—it used to be simpler! But I try to keep up and see who’s doing what and where, and what they think is going to be interesting for next year. Then I try to find out what shoes are going to be interesting. I like
Vogue—but it’s whatever I can get my hands on wherever I am.

You’re friends with André Leon Talley. How did you meet?
I don’t know how or where, but I feel like we’ve always been friends! To me, he’s one of those voices who really sets the tone and tells you, “Listen, you need to look beautiful, but beyond everything else you have to be comfortable. You can’t be uncomfortable in beautiful clothes because then you’ll look uncomfortable.” He tells you things your friend should tell you.

Your other industry pal is Gary Wassner.
We met at a show—he was talking to my granddaughter. I think she was wearing a hat, when she was trying to design, that made him ask her, “What is that?” They actually worked together for a while, but then she decided that designing wasn’t what she wanted to do. We have an upcoming fashion venture happening this winter!