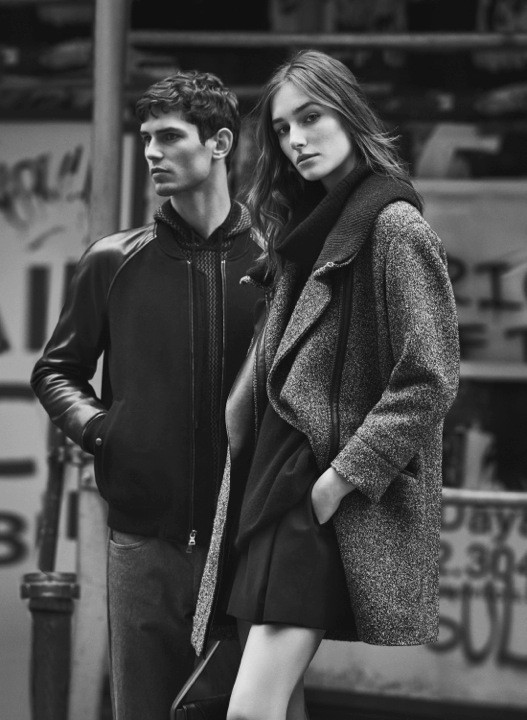 Vince announced that it’s bringing back co-founders Rea Laccone and Christopher LaPolice as consultants to oversee product, merchandising, and creative, as part of a two-year agreement.

Laccone and LaPolice exited about a year before the label went public, in February 2013. According to LaPolice, it wasn’t an impulsive move: “It’s not a knee-jerk decision. We agreed to stay on for five years and stayed for almost seven,” he had said. After the duo’s departure, designer Doo-Ri Chung took over as creative director for 10 months, departing in October 2013. Karin Gregersen then took over as chief creative officer and president, but eventually left when the company officially went public in November 2013, which was the first big apparel IPO since Michael Kors at the time, according to Bloomberg.

Brendan Hoffman was named CEO in October, replacing Jill Granoff, who announced she would be stepping down in June and eventually left the company in September of this year. “Rea and Christopher, who created the original vision for Vince 13 years ago, bring tremendous creative talent to the brand,” Hoffman said in a press release. “We look forward to drawing upon their design and merchandising expertise to enhance our product offering. While product is our first priority, we are also working to develop a strong foundation from which we can drive consistent profitable growth for the long term.”

“Christopher and I are excited to be returning to Vince as this is a brand with tremendous long term potential,” Laccone said. “We believe that customers have looked to Vince for everyday luxury essentials with modern, effortless style, and we will work with the team to deliver product that reflects this aesthetic.”

As creative consultants, Laccone and LaPolice will work closely with the label’s creative director, Natalie Ratabesi, who joined last year from Philosophy.