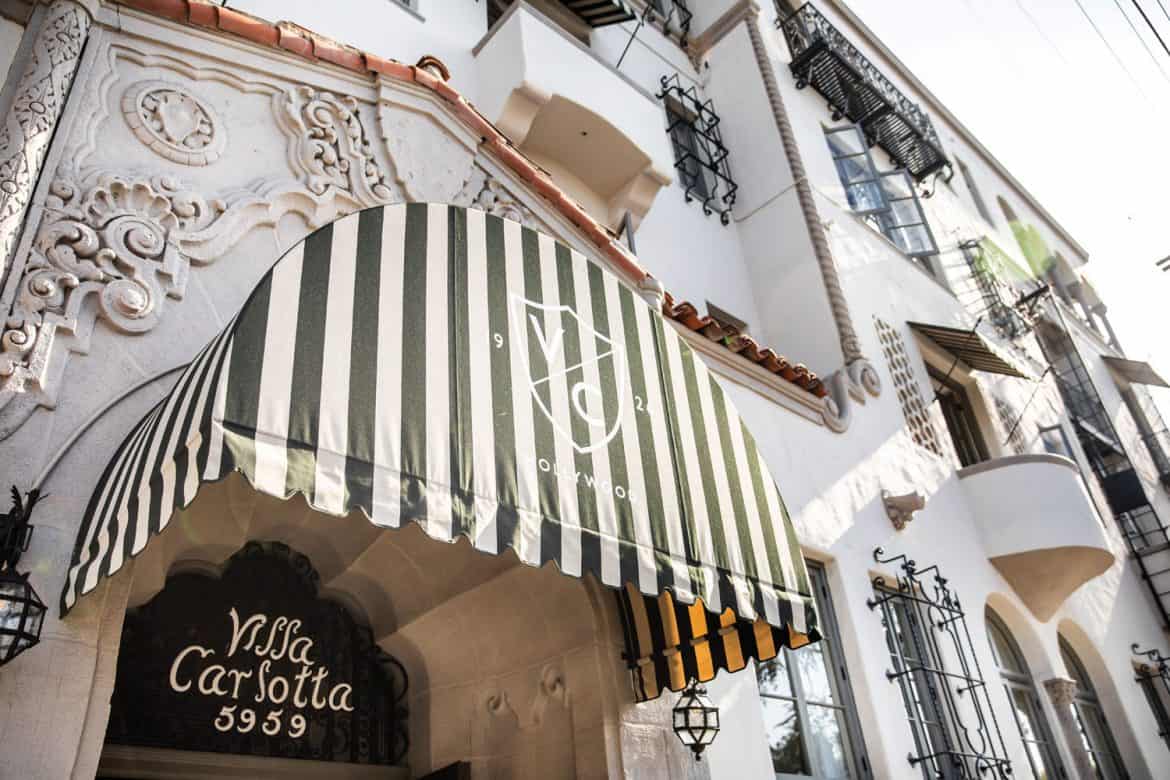 Looking for a home away from home in Los Angeles? Look no further than Villa Carlotta, the newly refurbished residential-hotel-living haute spot based in Hollywood’s Franklin Village. Manager Brian McGrory explains!

What inspired the idea behind Villa Carlotta?
The way in which live, work, and travel is ever-changing. Many of our residents are based overseas but are often here in L.A. for extended periods for work and leisure—to record music, to film, or to work on creative projects. They needed [a home] that worked with their lifestyle. Many of our residents work in creative industries and travel among various cities. The Villa offers the perfect set up for this, as they have the chance to meet other like-minded people while sharing the amenities that the Villa has to offer.

Tell us about the history of the building.
The Villa has played such a huge role in Hollywood history. It was built by Thomas Ince, the first major Hollywood studio head, and his wife, Eleanor, and it was designed by Arthur E. Harvey, who was also architect of the chateau-inspired Scientology Celebrity Centre across the street. Villa Carlotta played host to Hollywood icons including David O. Selznick, Marion Davies, Montgomery Clift, and gossip columnist Louella Parsons, whose columns were delivered to a courier from her apartment window. Other notable residents included Jim Morrison and Neil Patrick Harris. Legend has it that William Randolph Hearst financed the building, which was completed in 1926, after he allegedly shot and killed Ince on his yacht in 1924. The bullet was apparently intended for Charlie Chaplin, whom Hearst believed was having an affair with his mistress, Marion Davies. 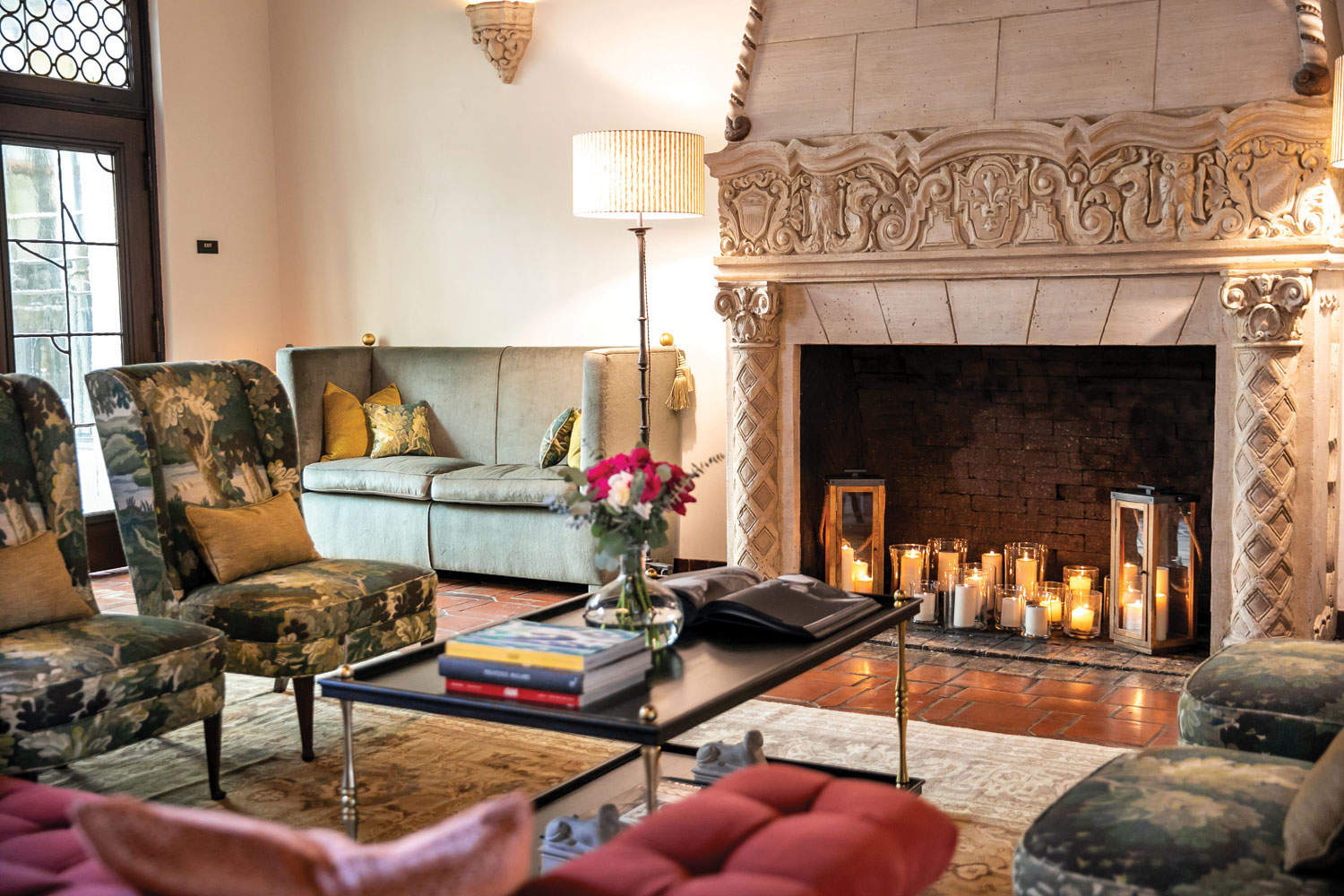 What are the apartments like today?
The Villa was refurbished by Studio Preveza, a local design firm. No two units share the same layout. The 50 units range from spacious studios to two-bedrooms with all the original features carefully restored—1920s kitchens, floor-to-ceiling windows, Juliet balconies, bathrooms, as well as wrought-iron window grilles. Many have views of the Hollywood sign.

Who did you work with to maintain the design integrity?
Villa Carlotta’s ornate Churrigueresque-style historic landmark was restored with support from the Hollywood Heritage Museum and the Los Angeles Office of Historic Resources.

What was the most challenging part of updating the building?
The time that it took! It was a very detailed process, as we were meticulous in restoring it back to its original beauty, but with today’s modern conveniences and necessities. 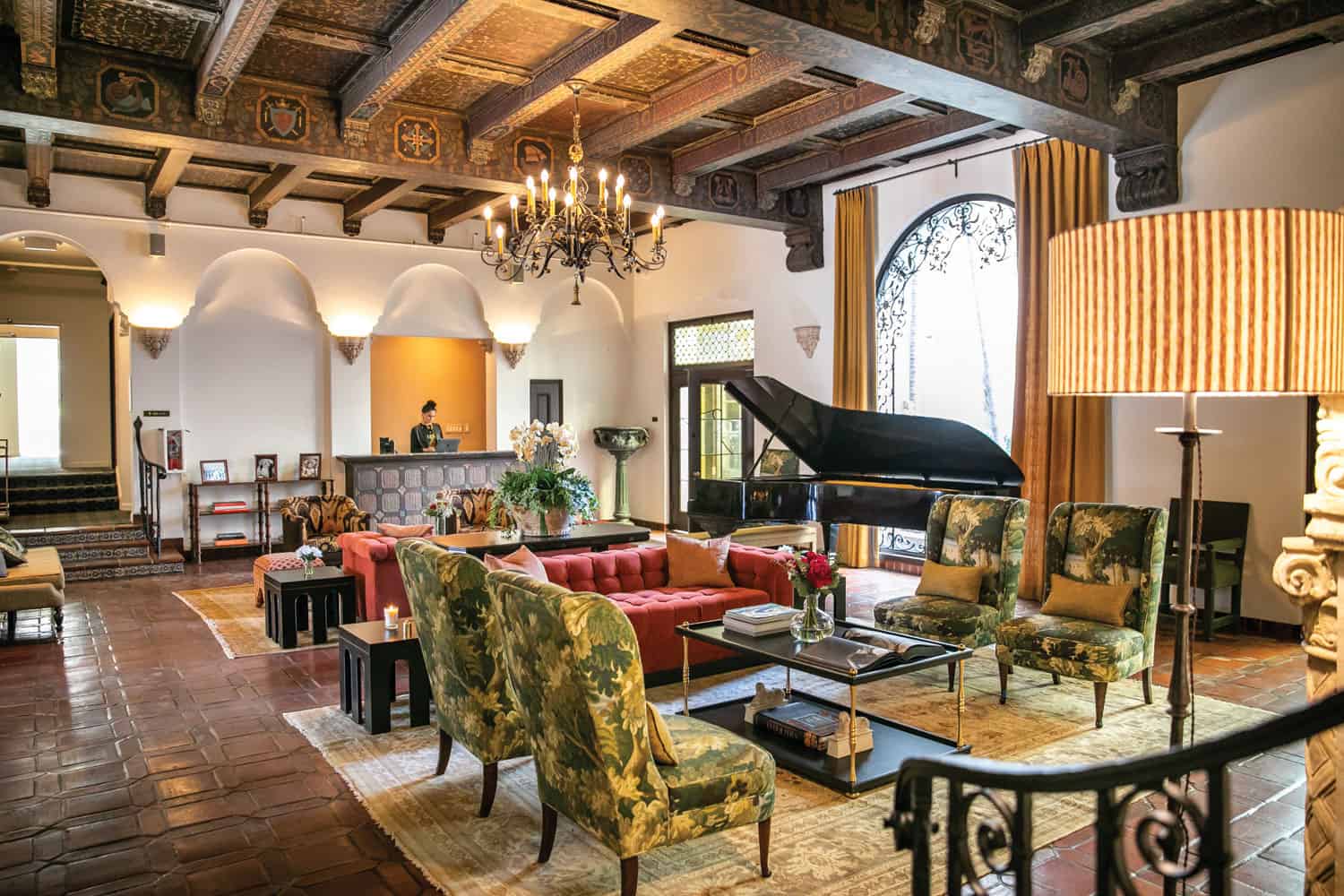 What are your plans for the new incarnation?
In April, the Clubhouse will open, which has five en-suite bedrooms and a beautiful private event space for hosting dinners and events looking out onto the Tuscan saltwater pool.

What are some of the cultural events that you’ve done here?
We have created a sense of community at the Villa through events, including a music series, cultural programming, screenings, and supper clubs. Each Friday, we have a special happy hour for our residents with a pianist playing the grand piano in the lobby, reminiscent of the old Hollywood glamour for which the neighborhood is known. There is also a beautiful rooftop and palm garden where residents can host dinners. Villa Carlotta is all about the experience, making guests feel as comfortable and as inspired as possible in their home away from home.

Tell us a little bit about the neighborhood.
The space is incredibly inspiring. Franklin Village is such a hidden pocket of Los Angeles. We are directly beneath the Hollywood sign, so residents often head there or to Griffith Observatory for fresh air and an unbeatable view of the city. We are also very central, close to Studio City and the recording studios. It’s also easy to get to Los Feliz, Beverly Hills, West Hollywood, and Downtown. Beachwood and Bronson canyons are full of creatives; there are so many inspiring places in the neighborhood to discover. 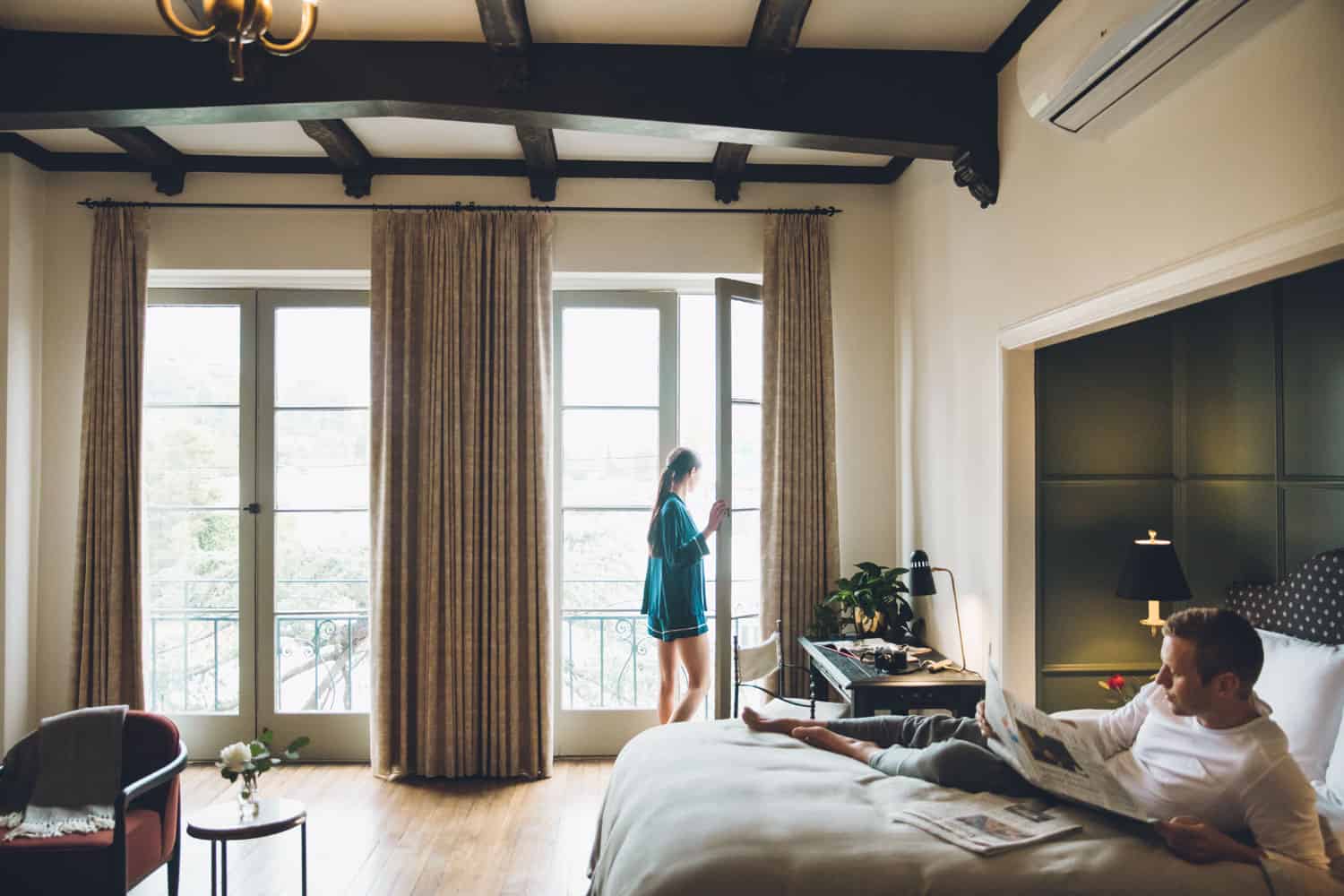 What are the prices for a long-term stay?
We are a long-term residential stay and therefore require a 30-day minimum stay, however, our prices are competitive, and start from $175 a night. 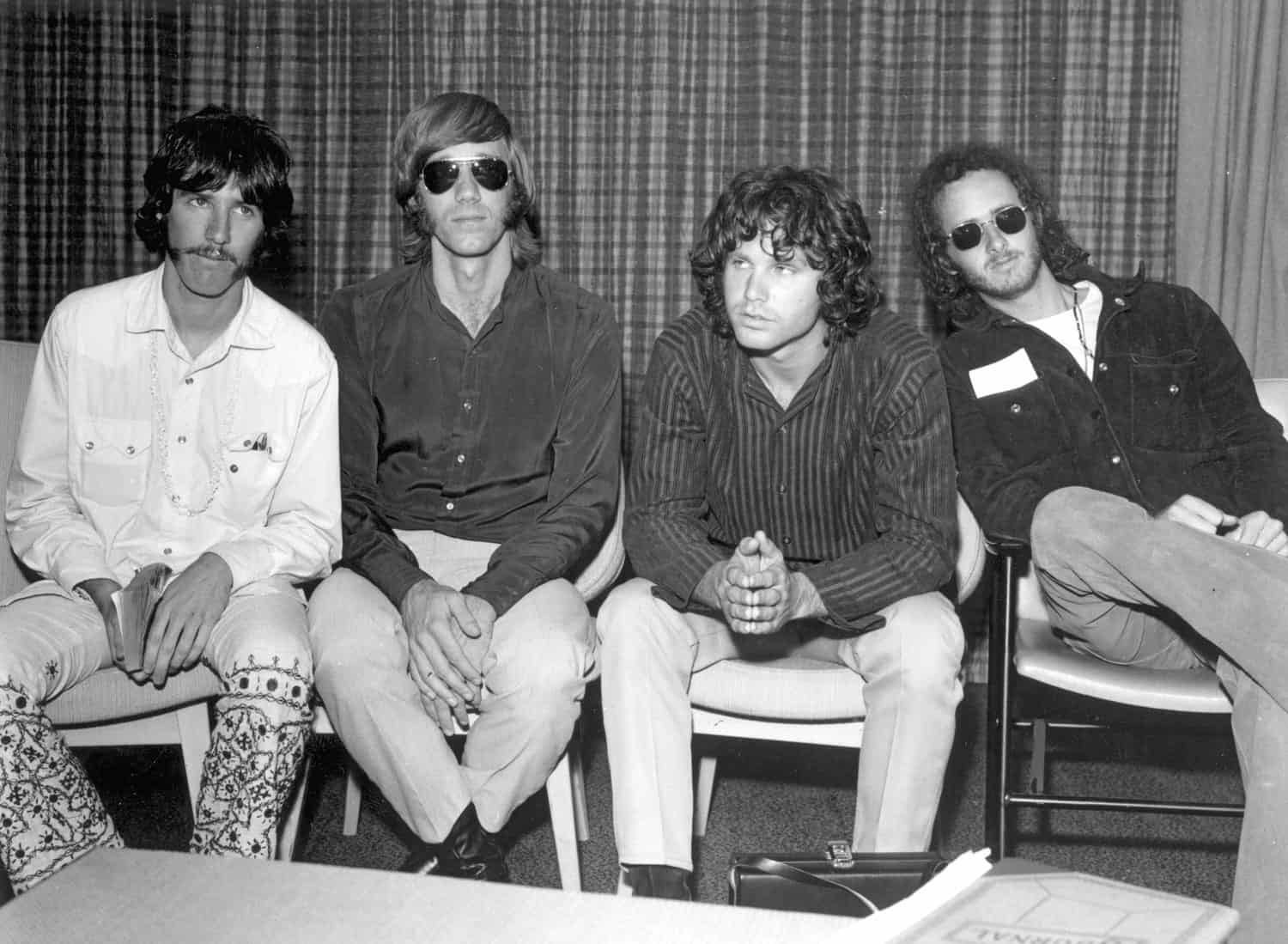 Your residents include a lot of models and fashion industry types. What appeals to them about Villa Carlotta?
The Villa is a well-kept secret, and we are incredibly discreet. The Villa itself is exceptionally spacious, and everyone living here has the sense that they have an apartment and their own private life and space, but with the sense that you are living among other creatives. We really wanted to celebrate the transient residential living, and to offer something for those on the West Coast for award season, art fairs, filming, recording, or for those who enjoy a sense of community. We couldn’t be more thrilled about the response. We can’t wait to be able to talk more about our future plans!

Meet Temi, the Personal Robot You Never Knew You Needed (But Totally Do)

Ramy Brook Is Blowing Up and Taking Over

The photo of The Doors was taken at Heathrow airport, not the Villa Carlotta.