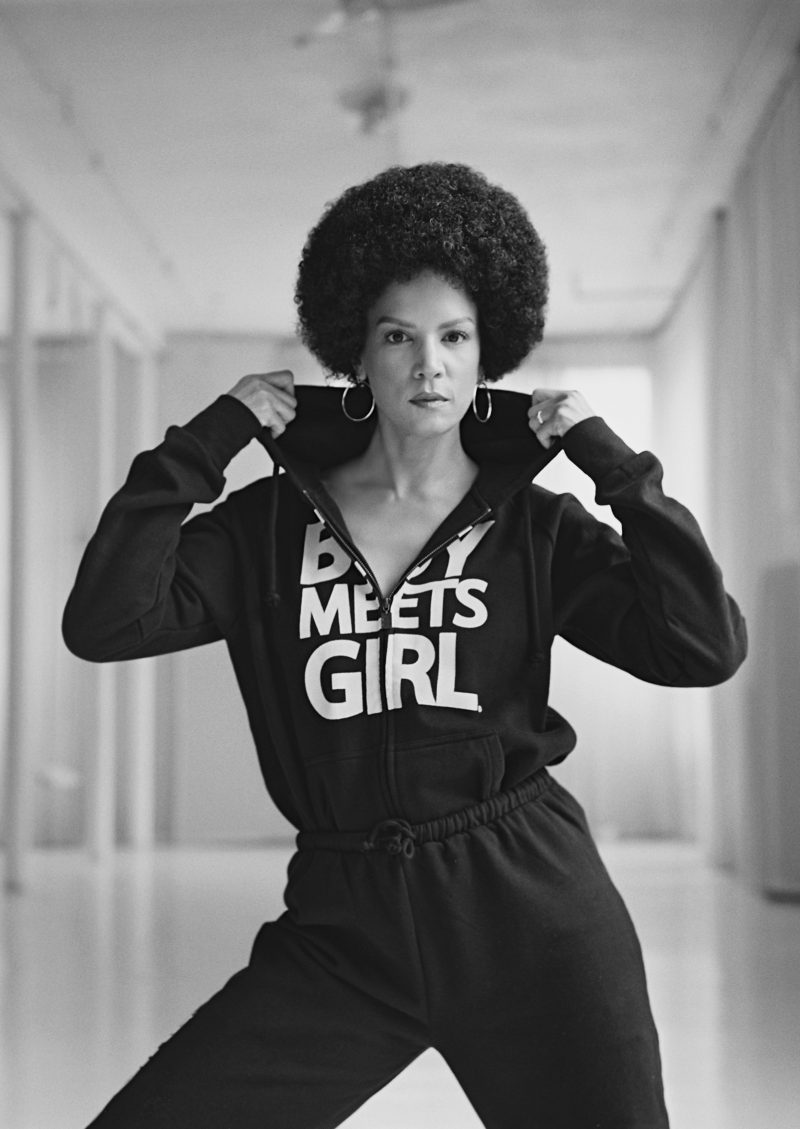 Boy Meets Girl has announced the launch of their Black Label, a limited-edition collection featuring images of supermodel Veronica Webb. The campaign for the partnership was lensed by Sophie Elgort, who’s photographed many of the brand’s images in the past. “One of my greatest passions has always been tapping into the creative power of fashion, beauty and great health has to breed confidence in women of all ages,” said Webb in a statement. “I love this collection because it’s all about freedom and that’s super fresh and super fierce. The world is your runway when Boy Meets Girl! “

“The Supermodel era of the 1990s was really a modern Golden Age of Fashion,” said Boy Meets Girl founder Stacy Igel. “Personally, I was working for Elsa Klensch in the summer of 1998 and covered the runways with her, so I was able to watch the supermodels own the runway up-close. Veronica Webb was the first black Supermodel with a major cosmetic deal. Sophie Elgort was a young kid playing in her father Arthur Elgort’s studio during that time period. During the shoot shot at Arthur’s studio, we actually looked up old images of Veronica shot by Arthur. It was very nostalgic and cool.”

The collaboration is available exclusively at www.boymeetsgirlusa.com.

Holiday Gift Guide: $100 and Under