The Uncensored Truth About Everything Hamptons 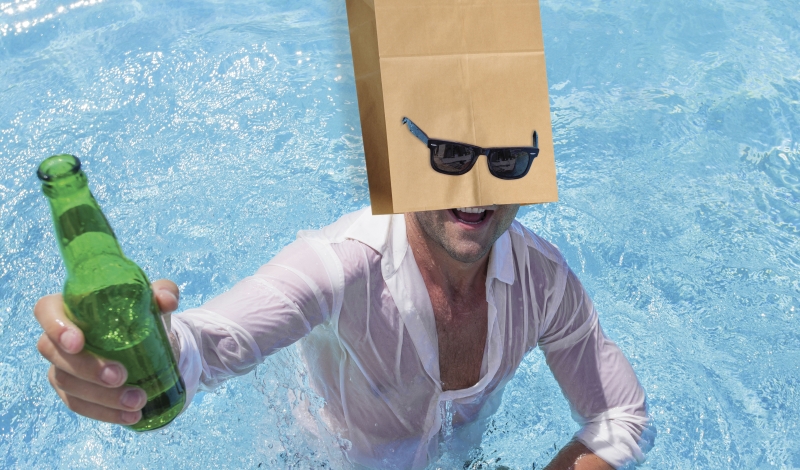 Over the years we’ve anonymously interviewed Hamptons teens, housewives, trainers, and chefs about the choice life (and life choices) on the East End. As the season winds down, we’ve collected our most sparkling gems. Upshot: Nannies are everything!

The Hamptons Rich Kid: “I’m a little bit demanding and picky. I’m specific about my food. If the cherry has something in it, like a pit, I don’t want it.”

The Hamptons Chef: “People will give me a funny stare if they see me eating something in the kitchen, but they won’t think twice about asking me to make dog food. It is what it is.”

The Hamptons Teen: “Most of my friends still have nannies. When kids become teenagers, the housekeeper just turns into a personal assistant. If there’s no driver, they have to drive us around.”

The Hamptons Housewife: “I don’t know anybody who doesn’t have a nanny. It’s the downtime you get when you really can’t deal and you need to recover or relax. Without a nanny, one spouse would have to stay home. It just makes life easier.”

The Hamptons Rich Kid: “When [my nanny] picks me up, she has to bring my phone. Every day she has to charge it to 99 percent; I don’t want to overcharge it. My nanny is also the only person who can touch my gadgets. She also organizes my colognes and combs.”

The Hamptons College Kid: “She cried [when I went away to college]. I cried too. I miss her so much. She took care of my siblings, but apparently it was very quiet in my home. There was less laundry and less screaming.”

The Hamptons Teen: “[No one has a part-time job] unless it’s a joke. One of my friends did this stupid thing—he worked in a smoothie shop, but it wasn’t serious. Oh—I have a friend who babysits. I refuse [to babysit]. I don’t like little children.”

The Hamptons Trainer: “Even if [my clients are] late, which costs me money, they expect service with a smile. They act like the world revolves around them and their problems are bigger than anybody else’s.”

The Hamptons College Kid: “I’m saving so much money living outside New York! I hired a housekeeper to come every week. I have a laundry service. Everything is very cheap. My suite-mates are disgusting. I have my broom, but I’m not Ms. Windex.”

The Hamptons Chef: “The old money’s [tastes are] really simple. We’re talking Quaker oatmeal. They are very easy, and you can work a four-day week and make $5,000. They also have better manners. The new money are a pain. There was a guy who was out here, and I had to make an entire meal for his dog.”

The Hamptons Rich Kid: “[My allowance is] $350 a month, but if I run out, I’ve memorized my mom’s credit card number so I’m covered.”

The Hamptons Party Boy: “I’ve been out in the Hamptons every weekend, but I’m not getting hotel rooms. I could certainly afford a share, but it’s more fun to go out for the night without knowing where I’m going to end up…waking up on the beach…waking up in a mansion. It’s freeing to submit to this lifestyle. There’s no security, and I find that exhilarating.”

The Hamptons Trainer: “I had one woman who asked me if I would call her ‘Mommy.’ ” [Editor’s note: He didn’t.]

The Hamptons Housewife: “I would say about 90 percent of the women I know get work done. If you want to add in Botox, we can bring that number to 100 percent. Good for them. In this day and age, if you have a bad nose or you don’t like your breasts and you can improve them, what’s the downside?”

The Hamptons Party Boy: “They despise me. I’m everything they don’t want Montauk to become—someone who goes in and takes advantage of a situation. Some locals still like me, but the residents who do the town hall meetings…I’m not what they want.”

The Hamptons Rich Kid: “I don’t really do kid activities. I’m interested in technology and computers. I enjoy going to polo with my dad. I consider myself a ‘kid-ult.’ ”

The Hamptons Party Boy: “We never stopped drinking for three days. We were out of our minds. One night we were dancing on the furniture, and this other guy and I fell through the glass of the pool-house door. We got destroyed. We didn’t know what to do, so we grabbed a car and booked it to the [redacted] hospital, where I wouldn’t even send my housekeeper. We thought our faces were going to be f***ed up because there was so much blood. Thank God I only had some scratches.”

The Hamptons Housewife: “I actually don’t know anyone who doesn’t work out anymore. A lot of the men and women I know work out in the morning for two hours, and it’s the most valuable thing to them.”

The Hamptons Trainer: “I sometimes show up at peoples’ homes for sessions and have to go through butlers and housekeepers. I’ll wait for 30 minutes, and some lady will come and say, ‘I’m sorry, but she isn’t able to meet today.’ The only time I’ve ever fired clients is in the Hamptons.”

Read it in The Daily Summer HERE.