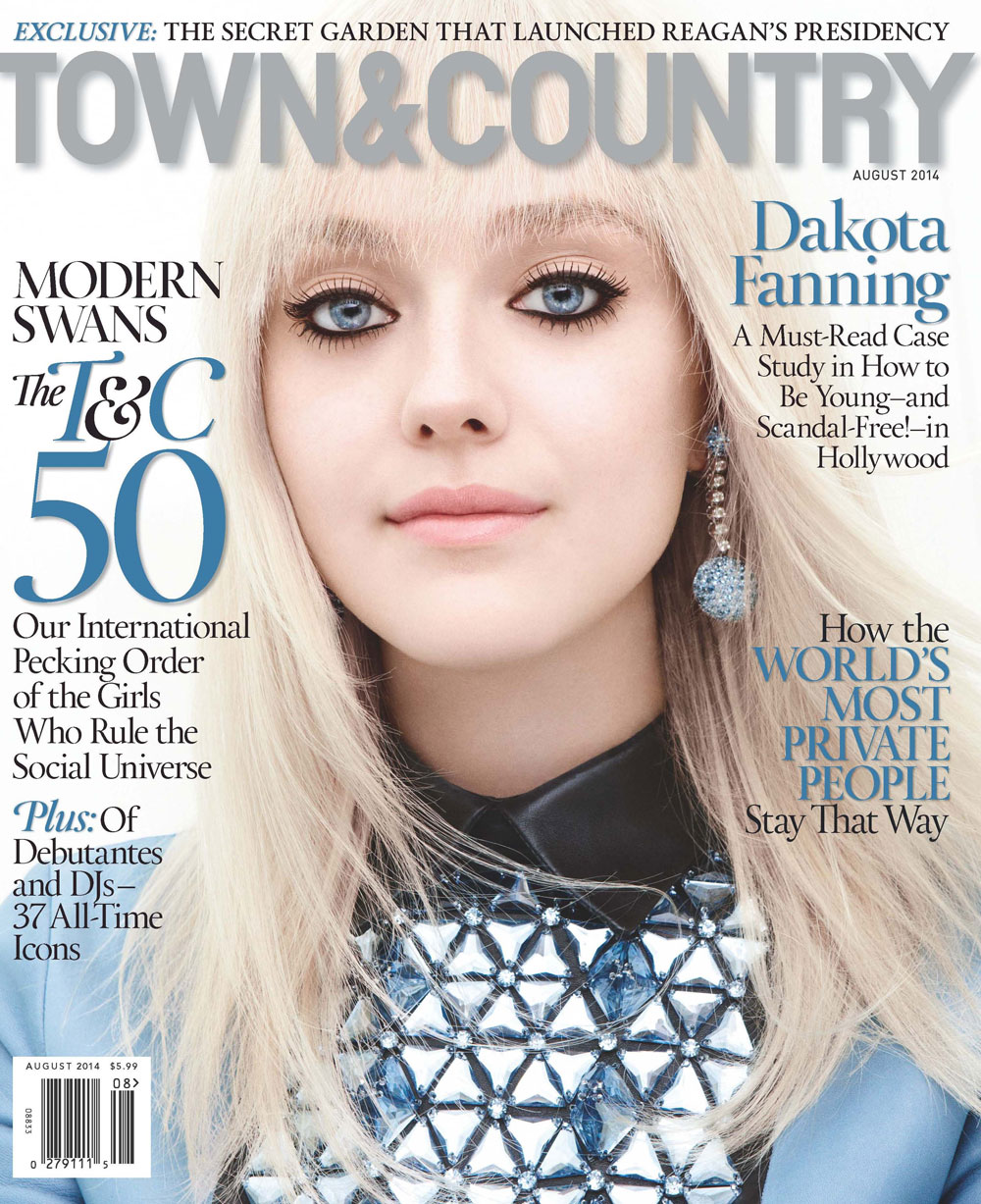 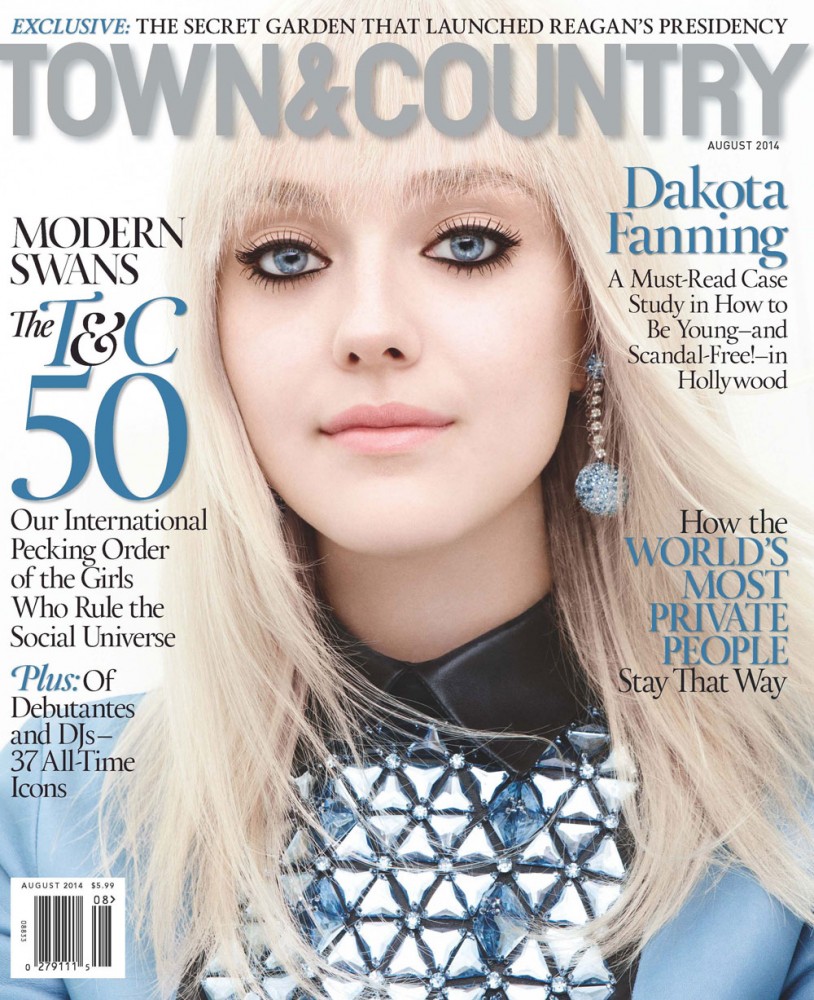 Town & Country‘s upcoming August issues feature their list of “Modern Swans”, aka the 50 girls who rule the social universe. Intrigued with how they cultivated the list, we rang T&C‘s executive style director Stellene Volandes to find out how names like Emily Weiss, Taylor Tomasi Hill, and Coco Sumner became swans. Get the whole list on July 8th when T&C hits stands with Dakota Fanning on the cover. But first, a little insight into how it all came together…
BY EDDIE ROCHE

What is the Modern Swan list?
It’s a list that Town & Country feels are the women to watch right now. They’re the women who rule our social universe. We call them swans because there is an elegance about them; we admire them as much as we’re fascinated by them, and as much as we follow them.

How many staffers put this list together?
The T&C 50 is something that we do throughout the year; we do T&C 50 bachelors, T&C 50 philanthropists, the T&C 50 great families, and there is certainly a committee here in the office for those lists. We’re looking throughout the year for people to go on this list. For these girls in particular, [features director] Danielle Stein Chizzik and I work really closely on putting the list together, but in doing so we pulled the T&C network, as well as our contributors and members of the staff. We want it to feel global and we want it to feel complete.  But we also wanted it to have a sense of discovery and also the sense that this is an international list. We made a folder on each of the girls to present to [EIC] Jay [Fielden]. It’s a committee decision!

Does Jay ever veto any names?
There’s always a selection process.

Is the word ‘It’ out?
I think it is.  What makes these girls modern swans is certainly their achievements, their elegance, but there is also that indefinable thing that, for lack of a better word, is ‘it.’ But the problem is, ‘it’ has been overused now; it’s an ‘it’ bag, it’s an ‘it’ restaurant. It’s a word that you hear and you immediately roll your eyes at. And it also is a word that doesn’t quite sum up what these girls are all about. They have that indefinable allure, but they also have so much other stuff going on.

Are there any women on the list that you are particularly fascinated by?
I wrote about all of them so I feel like I know so many of them. But the girls that we call the ‘Instagram heiresses’ I’m fascinated by because they really define what’s so new about this list. T&C used to do a debutante issue every summer for years in the ’60s, and if you look back at those issues, first of all, they’re so funny. There’s a debutante quiz, a debutante diet…it’s amazing to see how much this world has changed, and, in some ways, how much it hasn’t changed. But all those women that we featured in the ’60s, immediately following their name, what you got was their family lineage, their father’s name, and perhaps where they went to school. And now, as soon as you see a girl’s name, what’s likely to follow is how many followers she has. The power that’s come from that is really interesting to me. So the Instagram heiresses define the moment in a way.

Talk us through the different categories. What exactly does the “iPhone Born” mean?
It’s the Instagram heiresses. It’s this idea that there are these women who, while Gloria Vanderbilt came out at a debutante ball, now there are women who are introduced to the world through their social media profile. And they are the rare beautiful creatures who begin to populate our imagination.

How about the Inherited Traits? Are those girls from well-known families?
They bring up the question, can ‘it’ be inherited? Given how many of them there are, it seems like it is an inherited trait.

Is that something that the Town & Country reader really craves?
It’s certainly part of Town & Country’s DNA. Our readers want to know about the next generation of these families that they’ve grown up with or that we’ve covered for generations. But they also want the discovery of someone like a Viola Arrivabene. They might have read about her parents in Town & Country, but they might not know about Viola yet. Or someone like Leandra Medine; our reader might not know who she is. But she is someone to know as much as a Kyra Kennedy.

How did you cobble together The Wall of Fame sidebar, which includes women like Cornelia Guest, Babe Paley, and Sofia Coppola?
When you’re putting together the list of the women that we wanted to feature now, you start to think about all the women that came before them. With the list what we wanted to do is show how long this species has captured our imagination and how long this sort of idea of these young, beautiful, accomplished women have fascinated us. It’s from Brenda Frazier and Nancy Cunard up to Alexa Chung. Maybe some people might expect her in the main list, but the truth is, Alexa has established herself very firmly in the ‘it’ girl cannon. So we thought she belonged in the Wall of Fame.

DHL Exported Toasts Nicholas K Before Shipping Them Off To Milan