Tommy Dorfman On Living Her Truth, Working With UGG, And Her Secret Projects For 2022 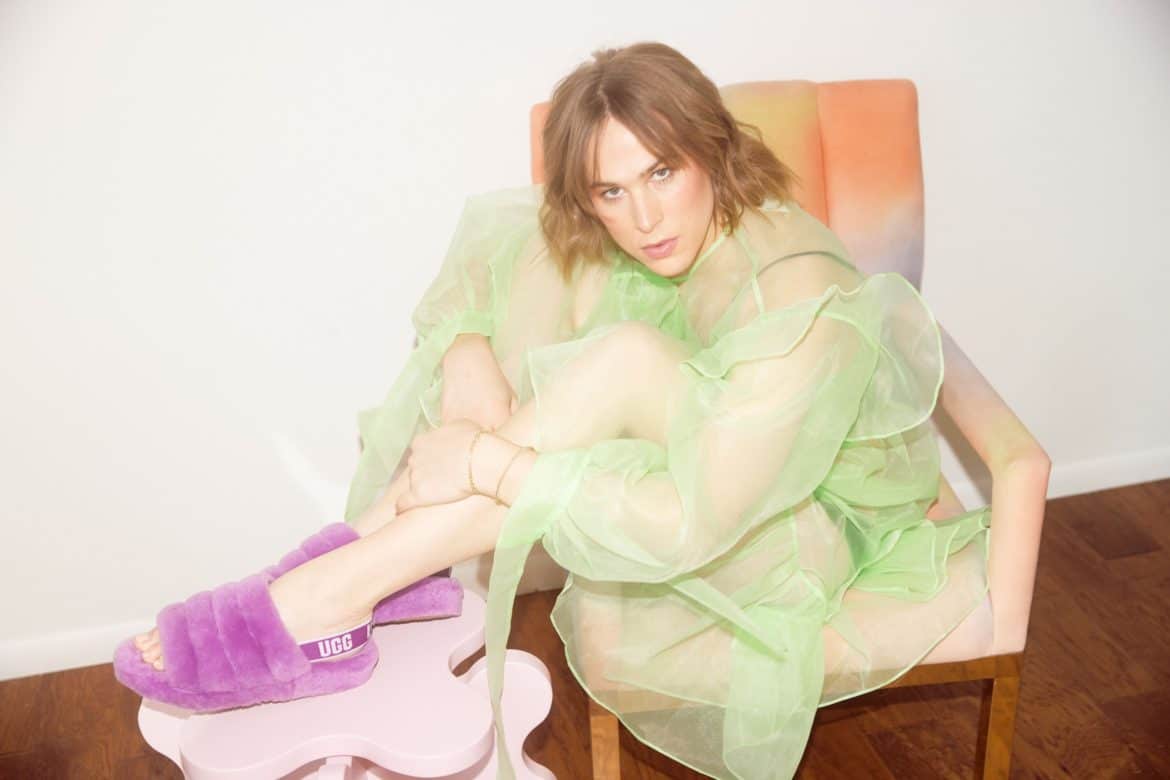 As International Women’s Month ramps up, brands are beginning to release their celebratory campaigns featuring some of Hollywood’s biggest names. Actress Tommy Dorfman is back in the hot seat with UGG, in a continuation of the brand’s #POWEREDBYHER campaign, which will pledge a $25 donation for every pair of Fluff Yeah slides sold online and in stores to Planned Parenthood Southeast, a chapter of Planned Parenthood that services Georgia, Alabama, and Mississippi and has special resonance to Dorfman. The Daily called her up to talk about her personal style, working with brands that are LGBTQIA+ allies, and what’s on the agenda for this year and beyond! Read it all below…

Congrats on the new campaign! What does celebrating Women’s History Month mean to you?
For me, it just means simply coming together in community, as a collective, honoring the women that came before us, the women that are here today, and the women of the future. I think making sure that there is room for gender fluidity in this space is important, too. And that all types of feminine expression are welcome.

As someone who has worked hard to become the person you want to be, how important is expressing yourself?
For me, it’s paramount. It’s directly correlated to my survival. If I don’t have freedom of expression and freedom of self, then it’s a lot harder for me to exist here.

I recently bought my mom a pair of similar UGG slides, how obsessed are you with yours?
I am obsessed. I wear them literally all the time. I actually sent my friend who works at UGG a picture of my baby nephew naked in the kitchen wearing the slides. Everyone in my family wears them now, it’s pretty incredible.

Speaking of obsessed, I love your green tulle dress from the shoot. Can you tell us a little about your personal style?
Thank you! The dress is KkCo, she’s an LA designer. She has a studio downtown and I went yesterday to pick up the dress. She makes really cool and fun dresses. I like things that move, that really have a rhythm to them. In the winter I like to wear a scarf, or a longer jacket under a shorter one, it just gives an outfit motion. I like things that could catch wind. 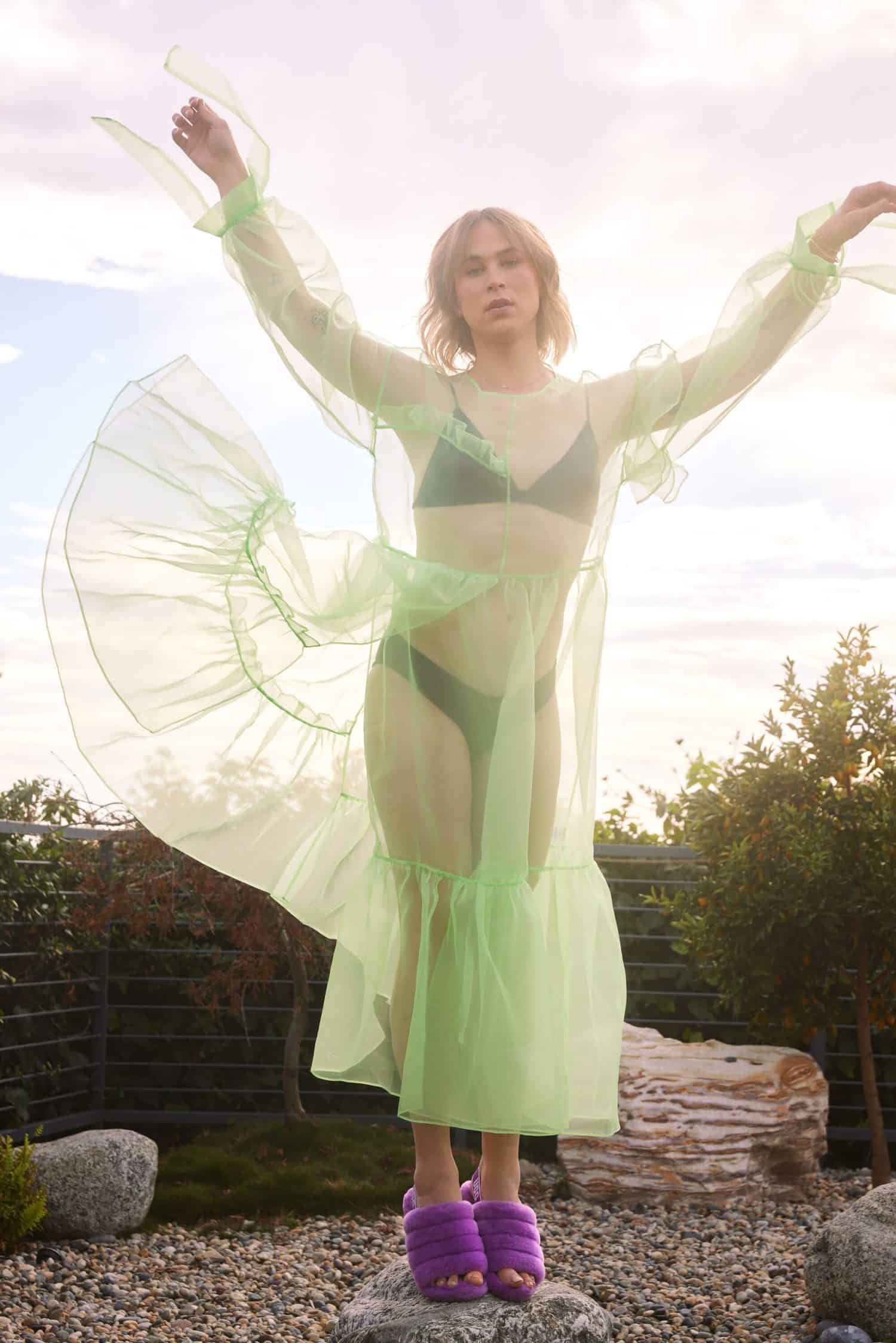 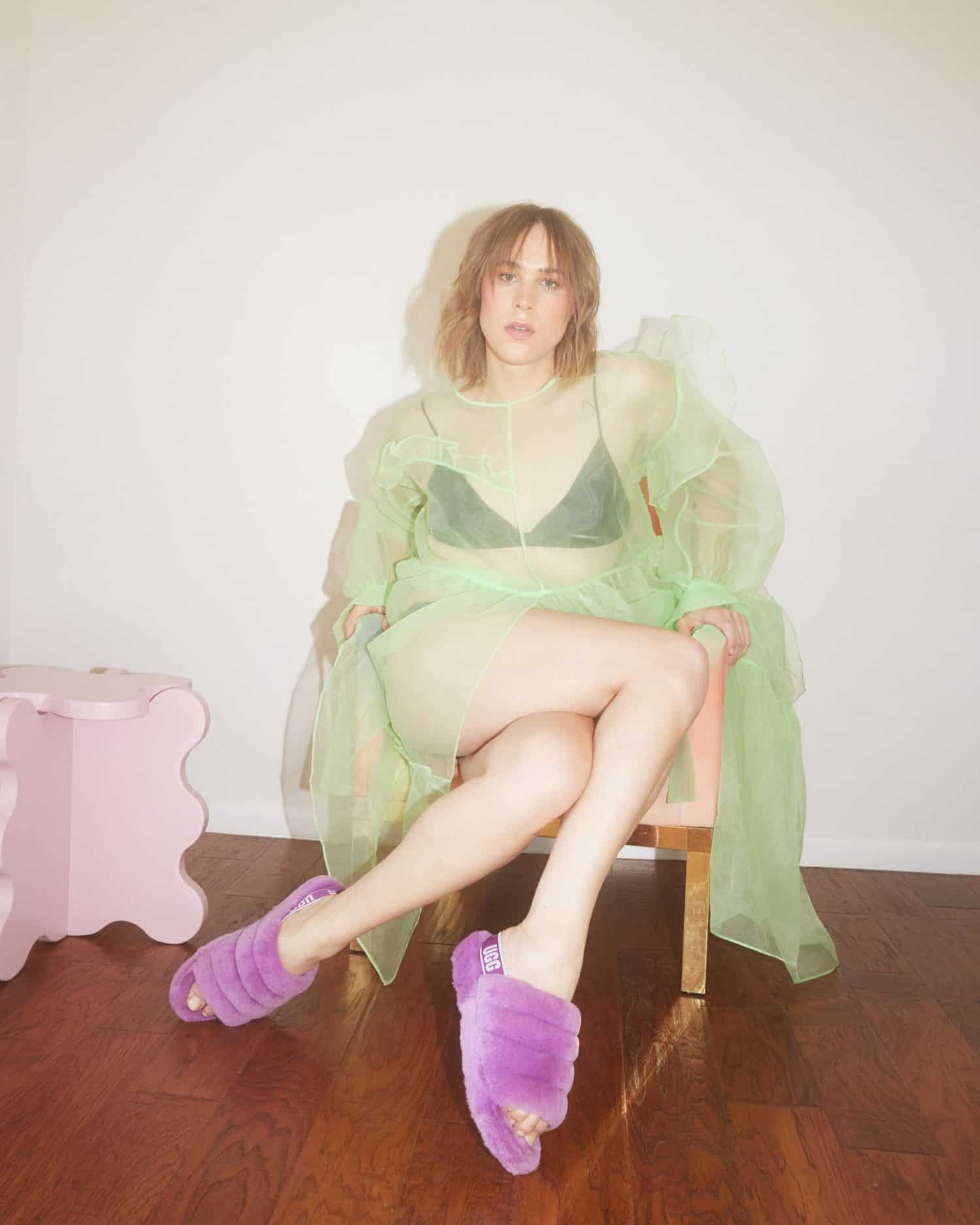 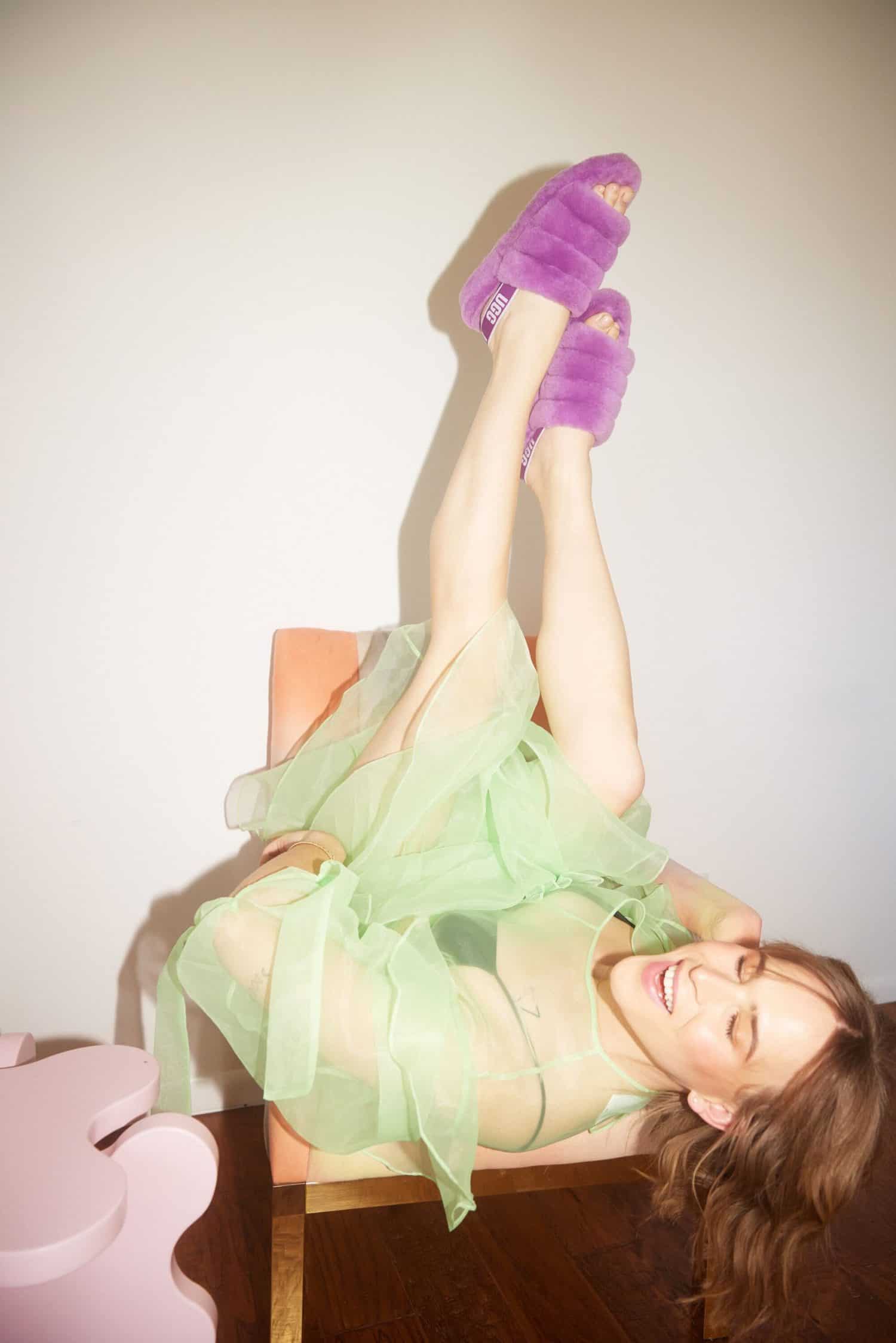 Now that you are living your truth, how have your choices changed when choosing who you work with, if at all?
There are some people and some brands that I continue to work with today. It’s also opened up a lot of doors for me to work with new writers, directors, and designers. Ultimately, I want to work with people who I don’t have to convince of my worth. I like to work with as many friends as possible and in safe environments. I’m pretty conscious of all those things when I go into a job.

What made you say yes to partnering with UGG? What values do you share?
UGG has always been a really safe space for me to go and be creative and express myself, and all the versions of self that I’ve had. I’ve gone to Coachella with them, I’ve hosted a Pride prom for teenagers with them. We’ve done a lot of really cool things together and this is a continuation of that relationship.

How many pairs of UGG styles do you own now?
I have probably, at least, 10 different pairs of UGG styles. I’ve been working with UGG for four years now. I mostly have the sling back style, but I also have the Telfar knee-high pair from their collaboration which I love. They’re incredibly convenient, super cozy, and wearable. I wear them around the house, but also to go get groceries and run errands.

How important is it for you to work with brands that are allies to the LGBTQIA+ community?
It’s the only option for me. I can’t imagine working with companies or brands that are not allies. I think it’s important that their internal infrastructures are challenged—their hiring practices, and the way that they portray themselves. I think it’s important that companies work with trans people, queer people, and nonbinary people throughout the year, not just during Pride month. It’s really nice to build relationships with brands, where maybe I was doing things with them exclusively around Pride month and now we’re doing International Women’s month.

If you could describe your collaboration with UGG in three words, what would they be?
Colorful, celebratory, and fun.

What’s next for Tommy? What’s your next venture?
I’m directing my first movie this year. And I’m working on a book with Petra Collins. I can’t say what the movie is about, but we’re announcing soon!

Sonia Pronk, a fashion lady and her shoe brand have taken over the internet