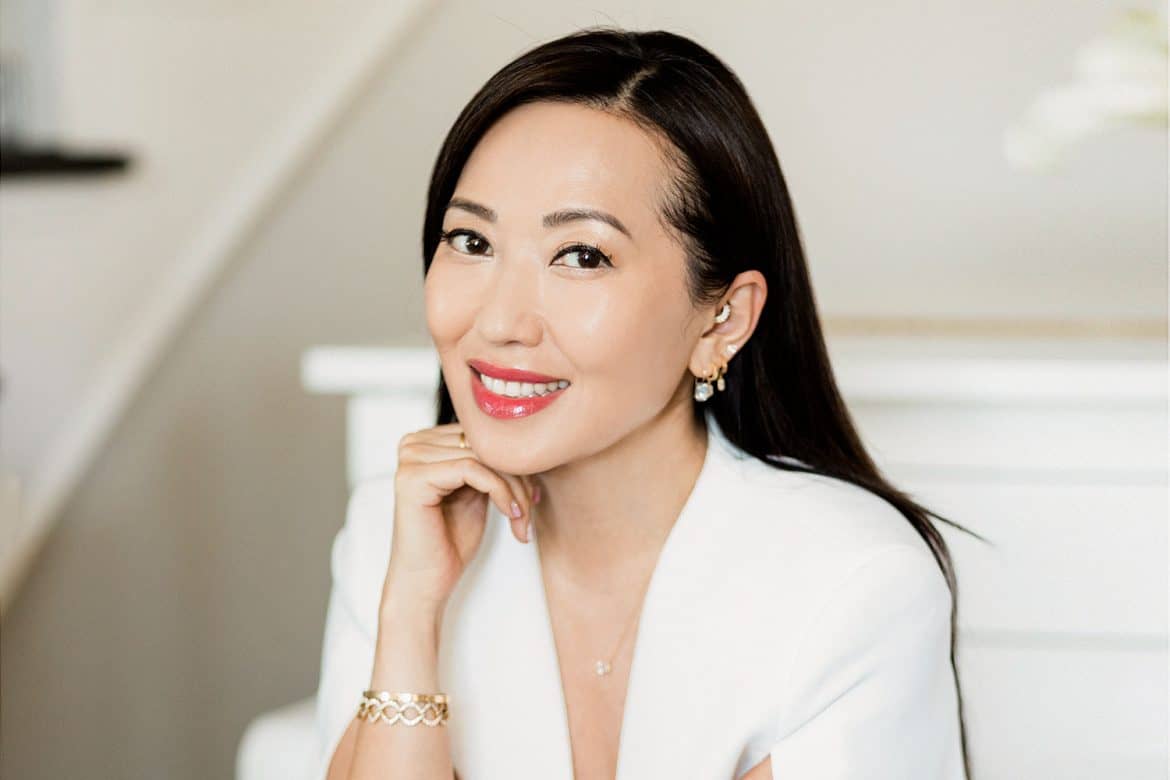 A true pioneer in the influencer world with more energy than a power plant, Tina Craig, aka Bag Snob, is a force to be reckoned with. After 15 years building brands and changing the way the fashion industry operates, she’s turning an obsession with skincare into a dream come true with the recent launch of the skincare miracle U Beauty. The OG tells us about her early days in the biz and why she launched her dream product. 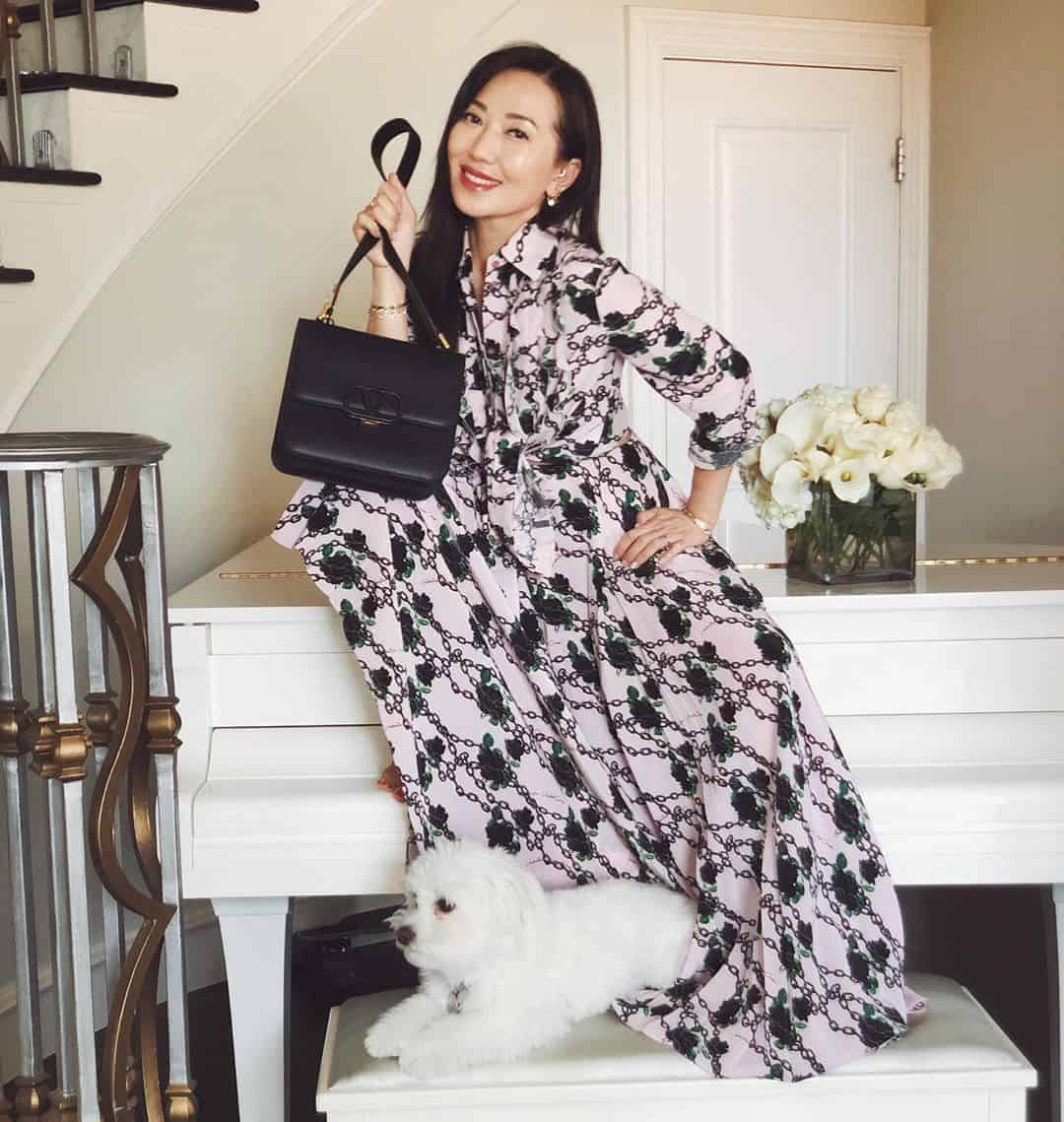 Do you remember the first shows you were invited to?

In 2005, nobody knew who we were, and another blogger said we should collectively request Fashion Week tickets. Back then, they only invited editors, buyers, and a couple of clients. Kelly Cutrone invited all of us as a group—these people are not blogging anymore. I think Oscar de la Renta was the first real brand that invited us. Some contemporary brands invited us, too. DVF also came to me because they were launching bags, and at the time, all the editors were using my site as a reference. They would google a bag and the only thing that came up was my site. The first press I ever got was in British Vogue. I was writing the blog anonymously at the time, but I had this pen pal who would e-mail me and ask what bag she should buy. She called herself Furla Girl, so I assumed she was some young kid. One day she wrote to me and said she wanted me to reveal myself; she wanted to do an essay on me. She said everyone in London was talking about me and my cheeky humor. When I trashed a bag, I would call it all kinds of names. She told me who she was and that her best friend was Alexandra Shulman, who was the editor in chief of British Vogue at the time. She got the okay to write a 2,000-word essay about me and another blogger. Once that article came out, a New York newspaper reached out to me, and brands started to take notice. To be honest, I was really lucky. It wasn’t like I was doing anything spectacular and revamping the whole publishing world.

Did someone say party time? My Friday night plans were cancelled due to Tornado 🌪 3 warning but that didn’t stop me from having fun at home and having a party for one. As my kid says “you are SO extra!” 🤣 (while he lit me with my led light) 🖤 . 👗 @camilacoelhocollection . 💎 @suegragg . 👛 @oscardelarenta . 👢 @marionparke

What was your blog like at the time?
It was basically like a journal between me and a girlfriend [Kelly Cook], so it was conversational in tone. We knew our bags because we’ve been obsessed since college. It was the right place and the right time. I was the only game in town. When you googled things back then, you had either journalists who were frustrated and started a blog to write about their passion, or “pajama bloggers,” who were 17 years old. My voice stood out because they could tell I really collected bags. I’d write about a pink crocodile $8,000 Tod’s bag that I wanted, [the brand] reached out to me and said that because of my article, women called them and wanted it, too. I was moving product. It was the recession, people weren’t buying, and anytime I’d write about a bag, it would sell. We realized we could turn this into a serious business. A conversation between two friends became a conversation between hundreds of thousands of women and men around the world.

How did industry folks treat you when you sat front row at shows?
I would be seated next to serious writers who were there to review. They would talk to one another and ignore me. People were like, “Who are you?” I’d say, “I’m a blogger!” and they’d turn their backs on me.

What are your favorite memories of attending shows?
My No. 1 memory is Raf Simons’ last show at Jil Sander; at the end of the show when he came out to walk, he started crying. We all rushed to the stage, surrounded him, and hugged him. He was bawling. It was so emotional. I’ll never forget that. I’m also so glad I flew to New York for Karl [Lagerfeld’s] Chanel Resort show at The Met, which was his last walk. There was also a show where these crazy girls came out topless at Nina Ricci to protest fur. That was really interesting!

New York State of mind. 📸 @irissamichele aka the Tina handler

Do you still do Fashion Month the same way?
No. It’s exhausting. Back then, going to shows was exciting because you couldn’t see them anywhere else. There was no Instagram. I would go to 12 shows a day. Now I see the show on Insta, so I don’t feel that FOMO. I love fashion shows. When they pull back the plastic on the runway, I get a high like nothing else. I’m still so excited when I get to a show. When The Daily wrote about me, Bryanboy, and Rumi Neely many years ago, Sasha Charnin was the first fashion editor to reach out. She said she knew we were going to be huge. She texted me, “You have a full-page feature in The Daily! You’ve made it!” I still get excited!

How do you have so much energy?
I feel like I’m tired all the time. I love my life. I try to see the positive in everything! I’m always onto something new. Right now I’m on TikTok and having fun. I don’t feel like I need to be just a blogger. The minute there was Twitter, I went on it; the minute there was Facebook, I was on it. Whatever it is, I want to be on it.

You recently launched a skincare product, U Beauty. How did that come together?
A decade ago I wrote a blog post about my 13-step [face] routine. As I got busier, I thought, “There has to be a way to get the same results, but why does it take 13 products?” When I talked to anyone in the skincare industry about whether it was possible to have an intelligent skincare product that only treats your skin where it needs it, people would laugh at me. It was so frustrating. Then I was out with friends and told them my dream was to create a skincare line with products that brighten, tighten, tone, hydrate, and refine pores; to give laser-resurfacing results without side effects and potential danger. Instead of laughing at me, my now-partner said a lab in Italy had this new technology. We met with the Italians, who said they’d never met someone so obsessed with skincare! We started testing formulations. I kept testing, tweaking, and sharing samples with editors. Not only do I want one product that works, but it also has to be nontoxic, clean, and inclusive. Now we have the miracle product I’ve been dreaming of.

Our sold out trial kits are back in stock! I firmly believe in “try before you buy” because I’m confident you’ll LOVE @ubeauty resurfacing compound ❤️ Sign up via link in my bio to get your free sample kit (3-6 day supply!)

What do you still want to do?
I know this is corny, but everything in my career has led to U Beauty. My goal is to grow it. I have a couple other products in the pipeline. I want to create what’s not available, and what people want. Less is more, which is truly the philosophy of U Beauty. I’ve never thought that! I’ve always thought more is more. If you have a great product like this, you’re using less but doing more for your skin. I want everyone to have great skin. Skincare has been a lifelong obsession fueled by my grandmother. In our culture, good skin is the ultimate status of a beautiful woman. It matters not if you’re short, overweight, or underweight; if you have good skin, you can do anything.

FENTY Pops Up in Bergdorf Goodman, Imaan Hammam Celebrates Her Collaboration with Frame

10 Skincare Tools to Invest in Right...