For the past 22 years, ELLE has sought out a small handful of women poised to become the next (or who are already) movers and shakers in Hollywood, and celebrates each one with its Women in Hollywood issue. Before the issue hits newsstands and the Web on October 20, ELLE revealed the names of this year’s honorees, along with a sampling of the in-depth interviews. This November, each starring on covers of their own are Dakota Johnson, Salma Hayek, Carey Mulligan, Gena Rowlands, Alicia Vikander, Kate Winslet, Amy Schumer, and Ava Duvernay. Here, a few snippets from their tell-all features. 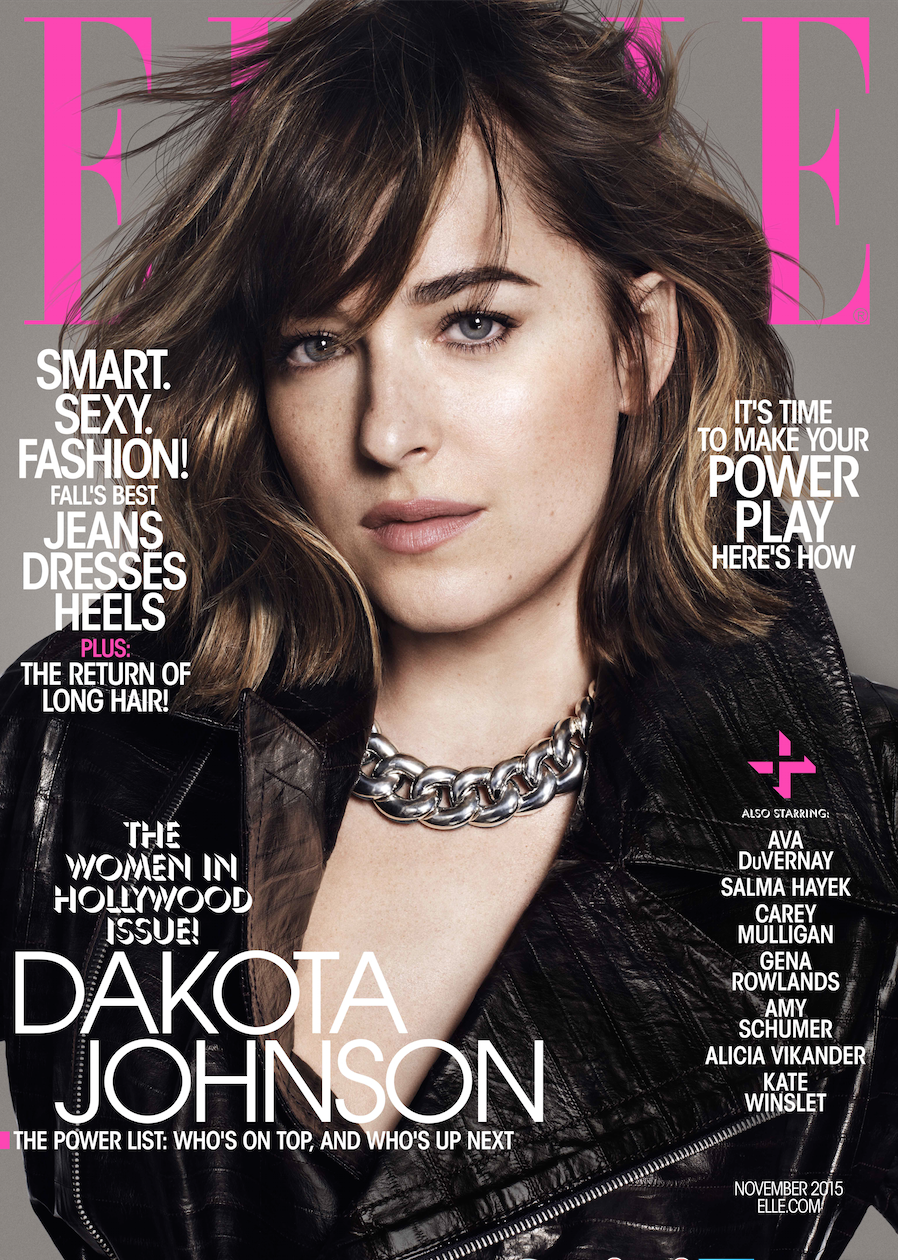 On adapting the role of Anastasia in Fifty Shades:
“I needed Anastasia to be funny. If you can’t laugh during a movie like that, you’re f–ked. Literally. You need to have something that everyone can relate to.”
​On her filming new movie, How to Be Single:
​”I play a girl who moves to New York under the guise of needing to be independent. It’s about the ebb and flow of finding yourself and finding love and why does it matter.”​ 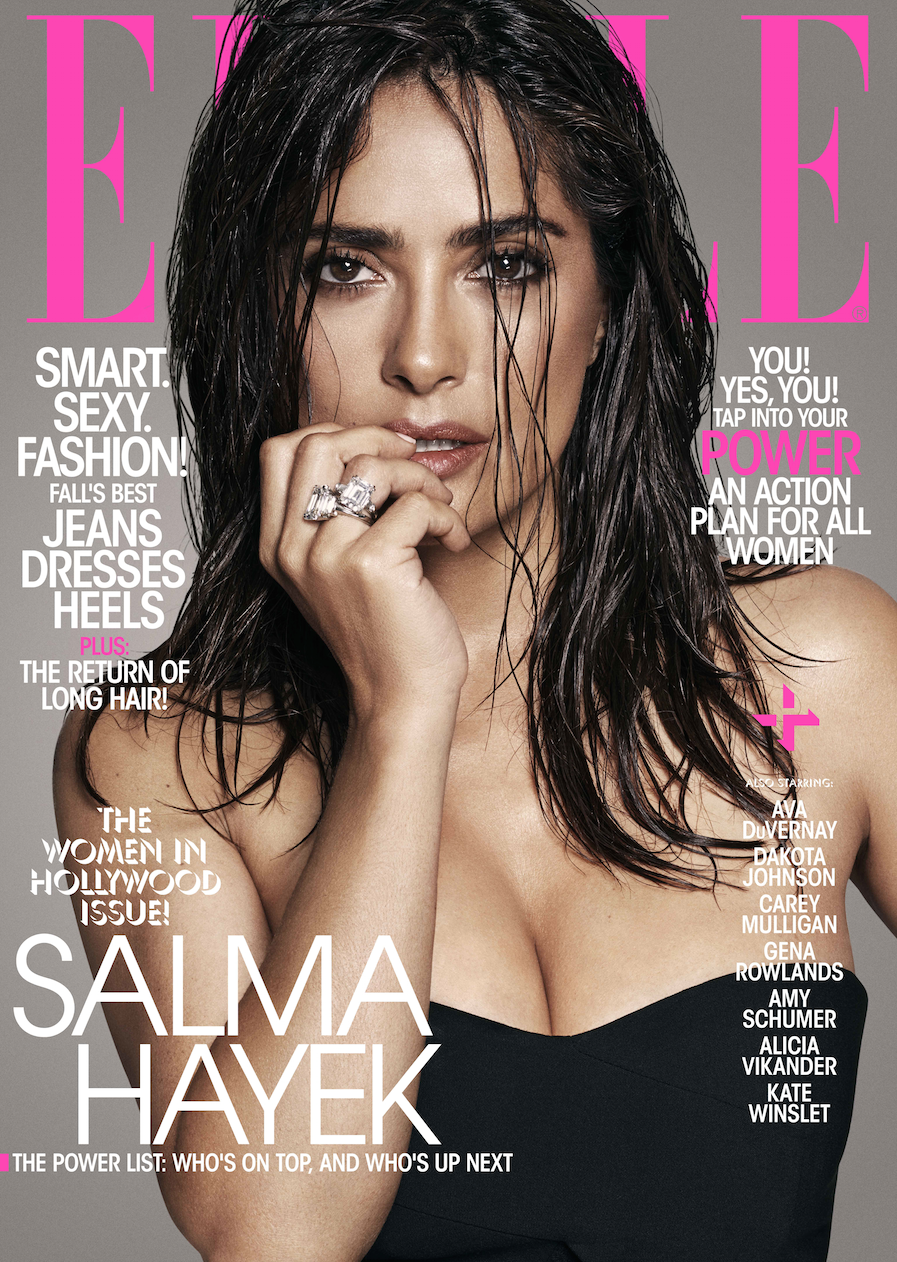 ​On playing the role of Frida Kahlo:
“I knew she was misunderstood. I wanted to set the record straight—and inspire other women with the one thing I knew about her, which was her courage to be unique.”
On the toughness needed to be a mother:
Oliver Stone said, ‘I know you’re tough, but now you’re a mother. Do you think you can be that tough?’ I said, ‘Oh my God—motherhood just makes you tougher.’ ” 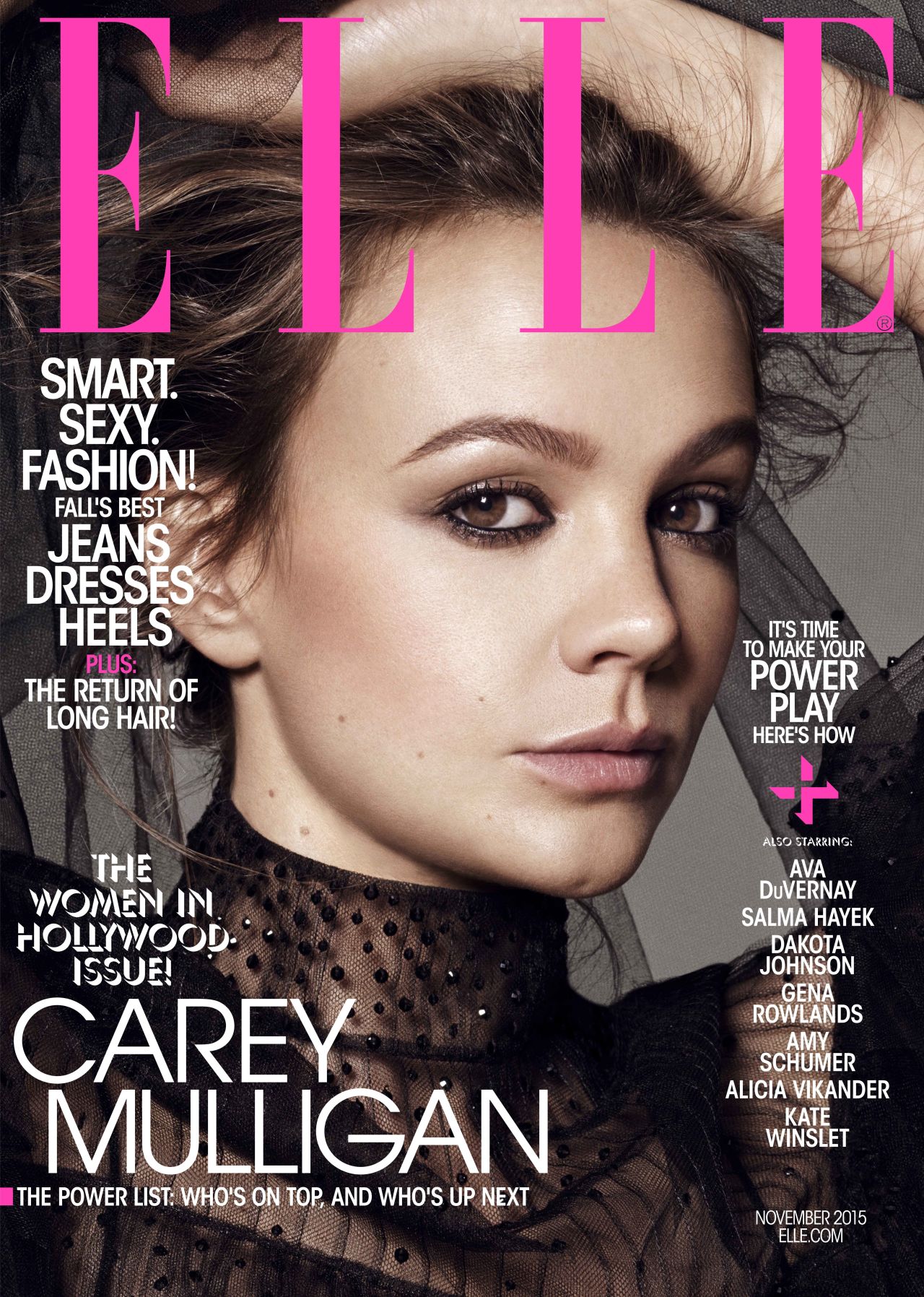 ​On the magic of shooting The Great Gatsby:
“The most old-Hollywood thing I’ve ever done: flowers in my dressing room, six months to shoot. You step into Baz Luhrmann World and everything is heightened.”
On filming her newest film, Suffragette:
“It was a really buzzy, fun, exciting set to be on, a lot of women doing stuff that we don’t ordinarily get to do. I’ve never run away from a bomb exploding before. Or been thrown in prison.” 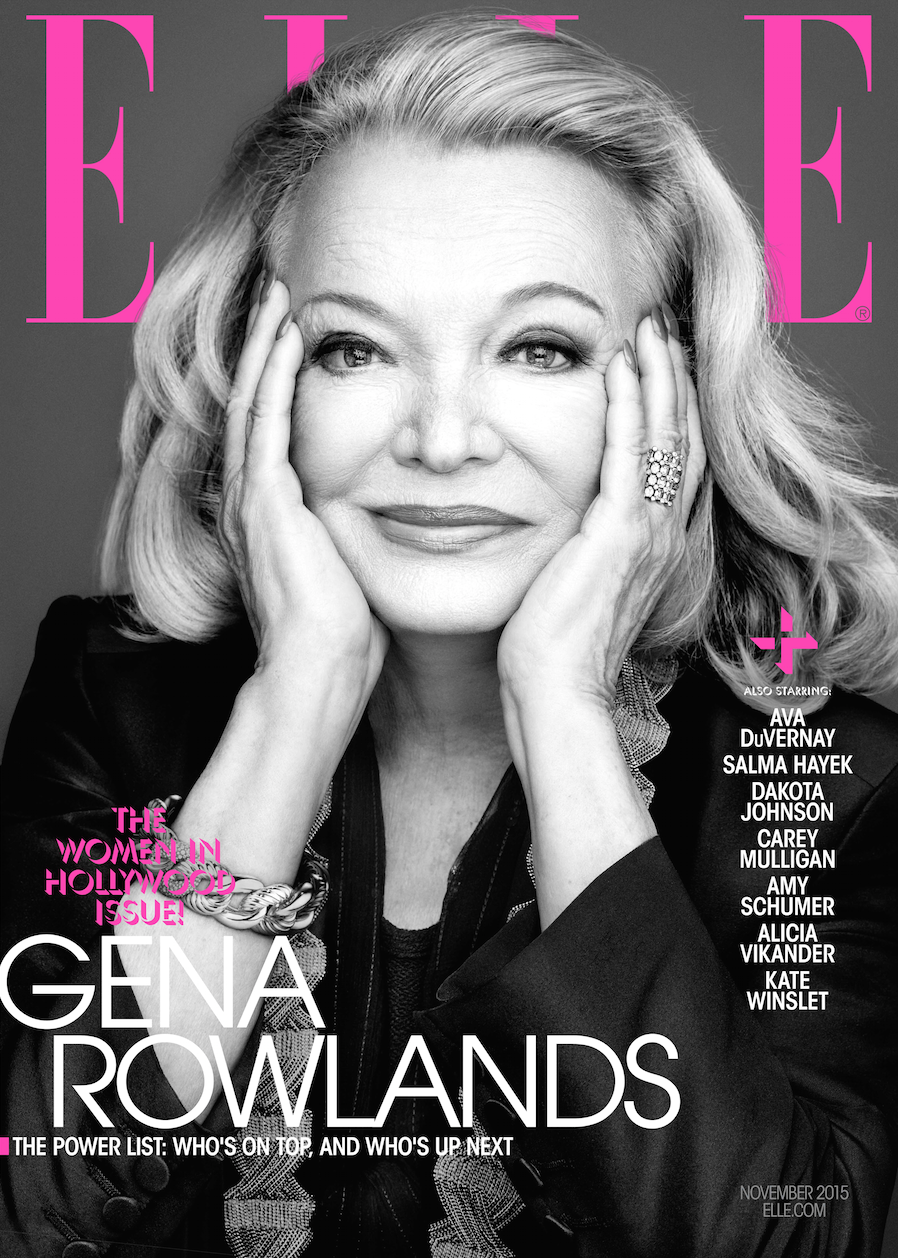 On removing her beauty mark:
“I had a good plastic surgeon remove it. I don’t want to get into getting plastic surgery, but Botox might be fun!”
​​​On taking unexpected, sometimes even undesired roles, like the leading role in ​Gloria:
“John [Cassavetes​] wrote this part for a major star, who turned it down. She felt it wasn’t glamorous enough. I said, ‘I want it, and I don’t care if you pay me anything.'” 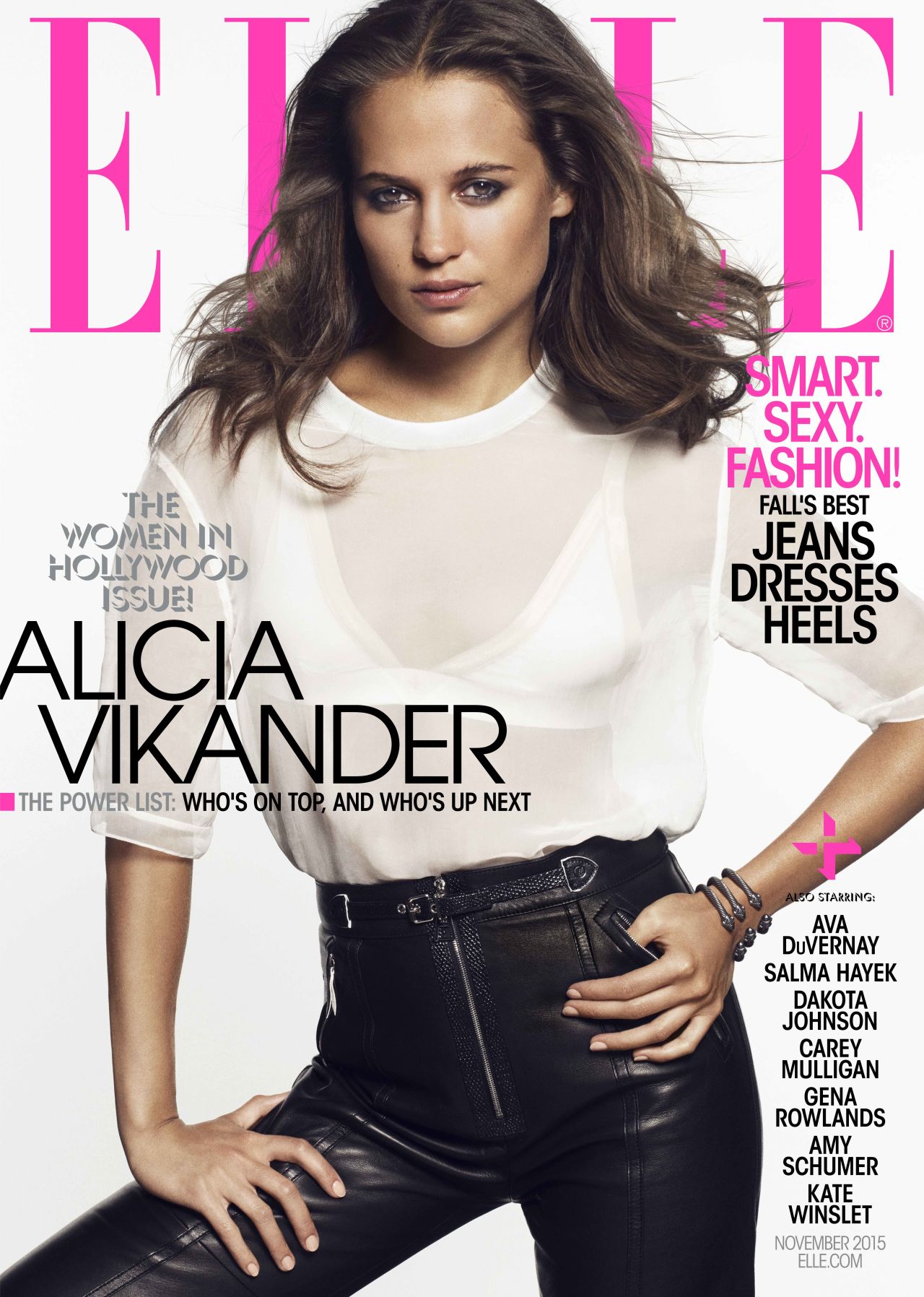 ​​On her nerves filming in Testament of Youth:
“I was nervous taking on the role of Vera Brittain. I needed to do justice to it not only for those who knew of her, but also for the family who remember her.”
​On working with Eddie Redmayne in ​The Danish Girl​:
“You can never tell enough love stories on film. To work with Redmayne, who is just the most generous person and actor, was amazing.” 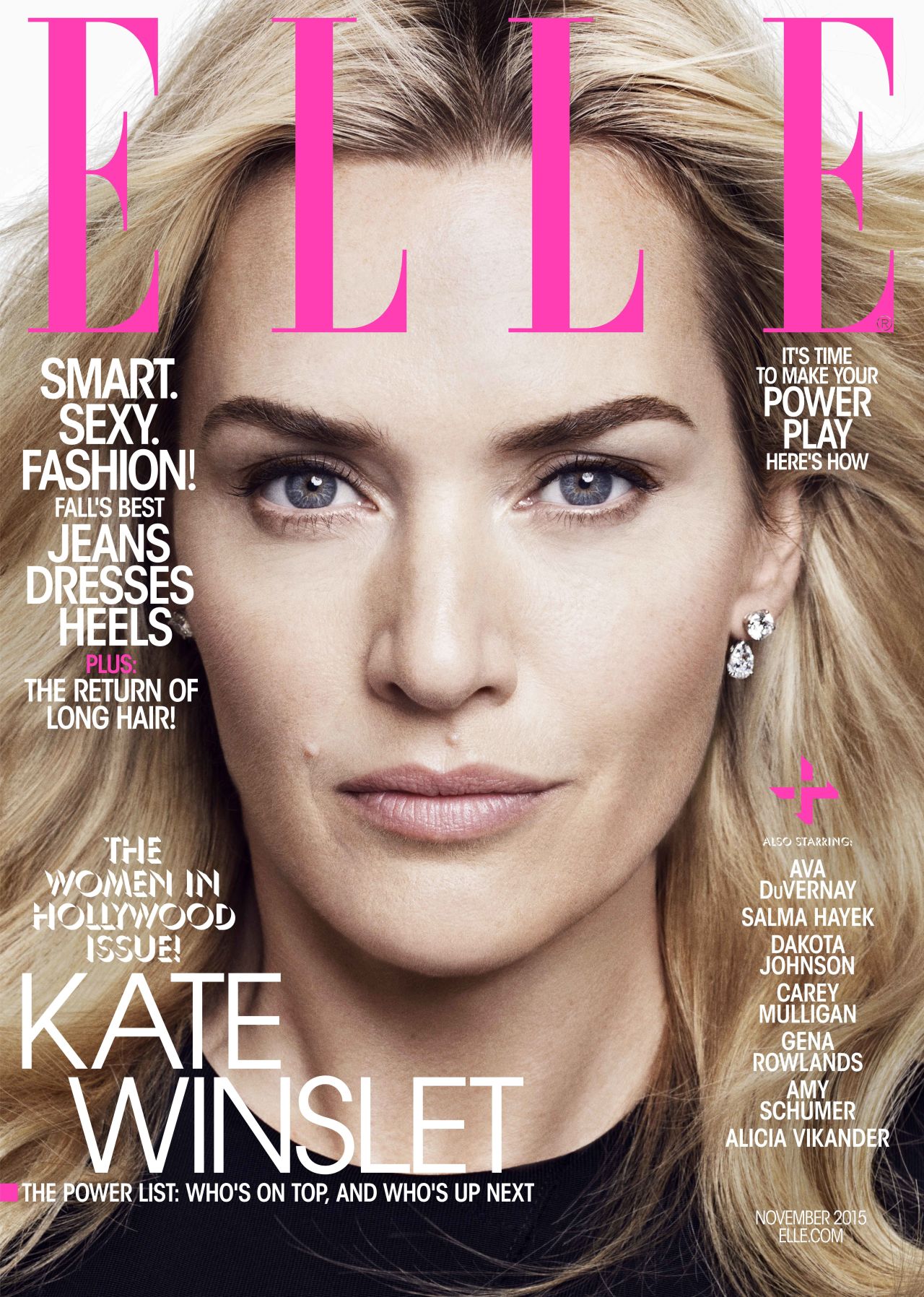 On the relentless schedule of Titanic:
“We all got pretty exhausted—but the stunt people seemed to have an impossible supply of energy. And for the dancing scenes, the dressing rooms were like a cabaret!”
On working with her dream costar, Michael Fassbender, in ​Steve Jobs​: ​​
“Michael Fassbender—f–k me; I want to work with him! Somebody get on the phone! There’s gotta be a girl’s part—I’ll throw my hat in the ring.” 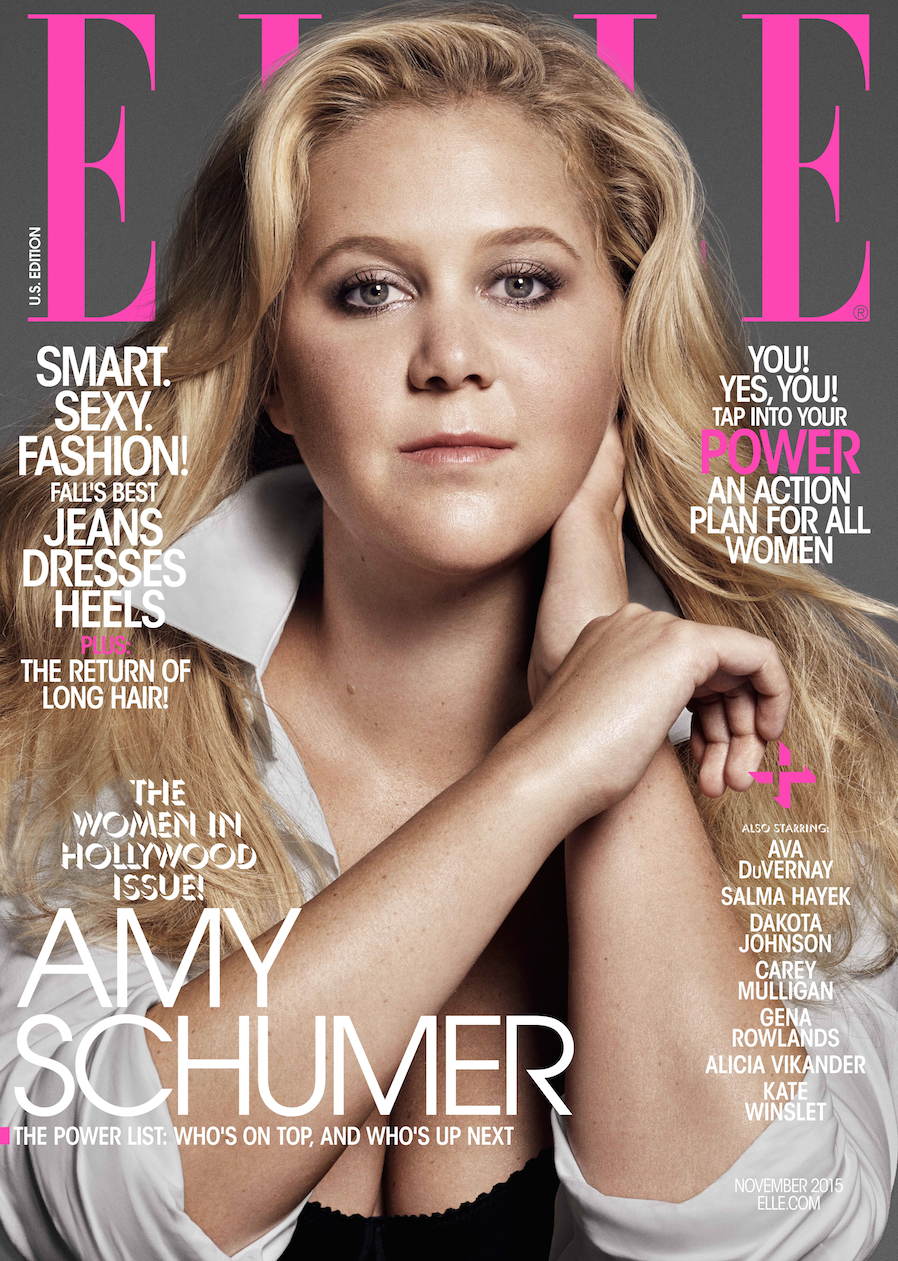 On filming Girls:
“I played a character not unlike the kind of character I often play on my show, like, a girl who’s a little bit trashy but thinks she’s the ultimate class act.”
​On her unexpected costar in Trainwreck:
“When LeBron [James] said yes, I was shocked. Then when he showed up, he could not have been cooler. It was insane.” 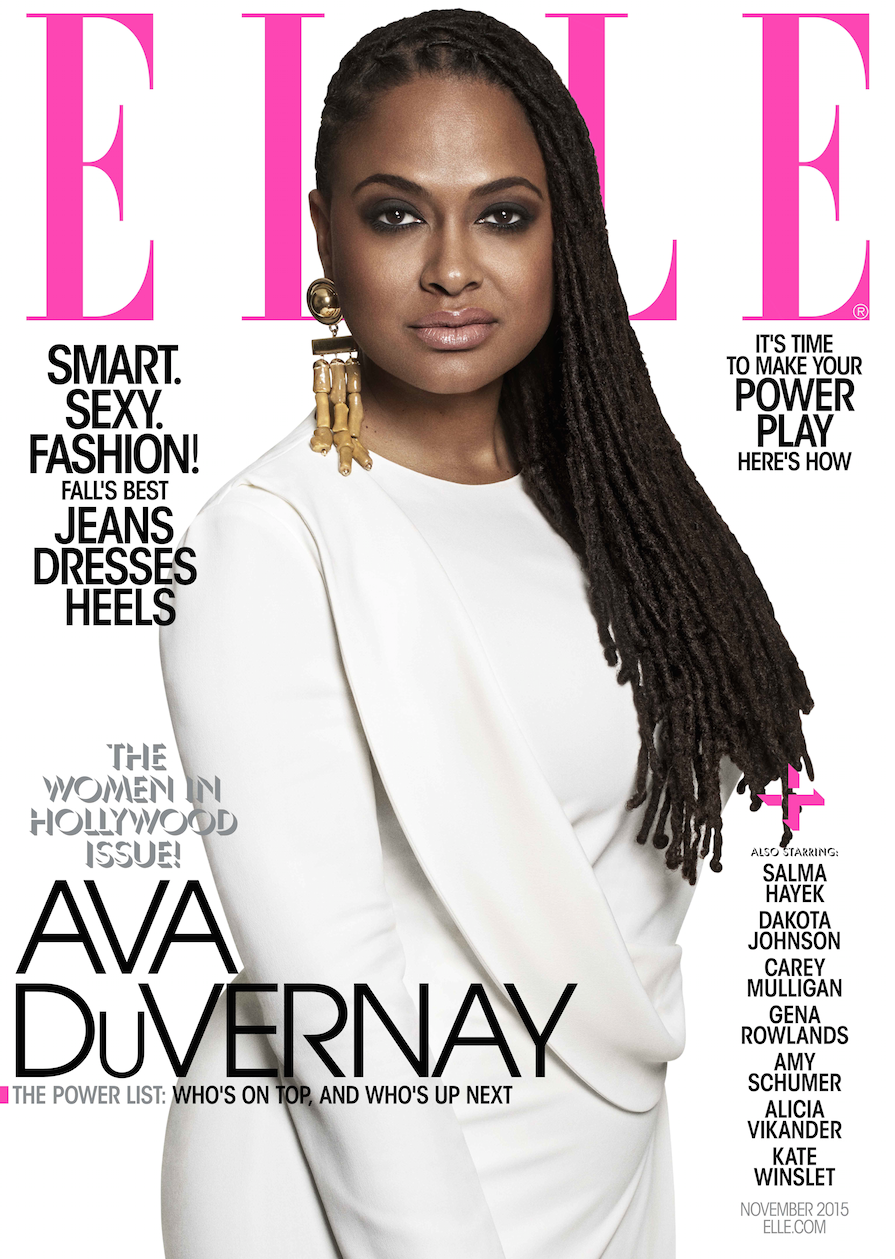 On her film, Venus vs. Venus:
“It was fascinating to really explore Venus Williams as the first of her kind, the first to break down the wall—so young, so graceful, so gracious, so at the top of her game.”
On the process of creating the Oscar winning Selma:
“It was important to me when I took over the film and rewrote the script that there were those silences and spaces where these icons are being people.”