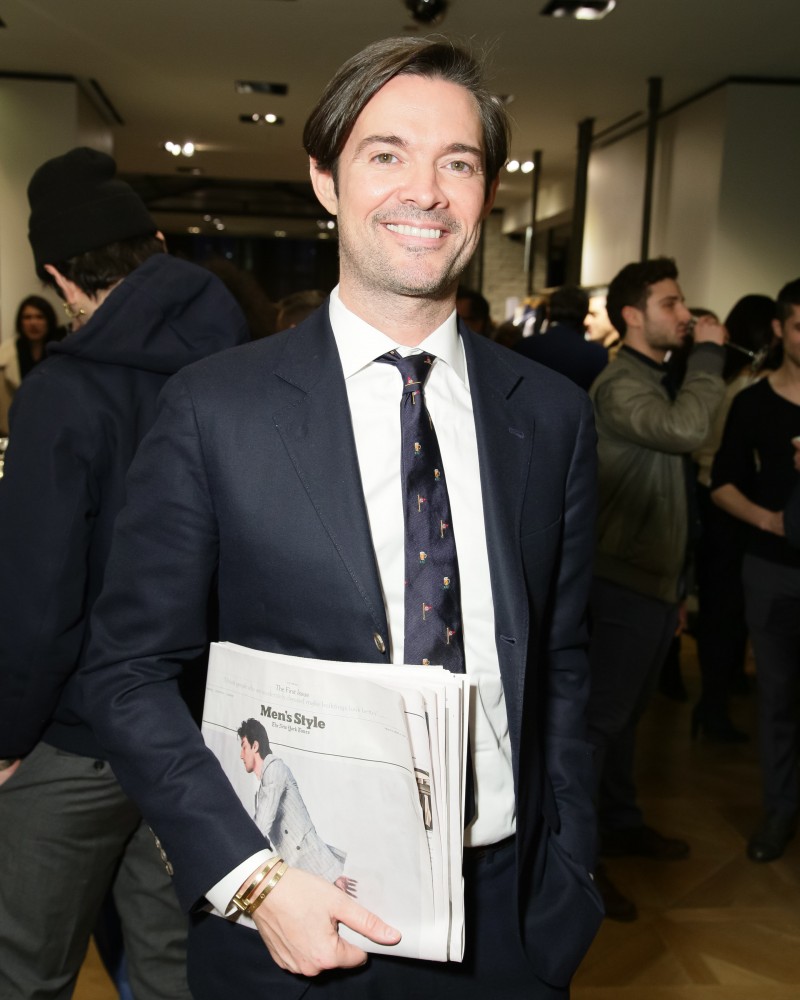 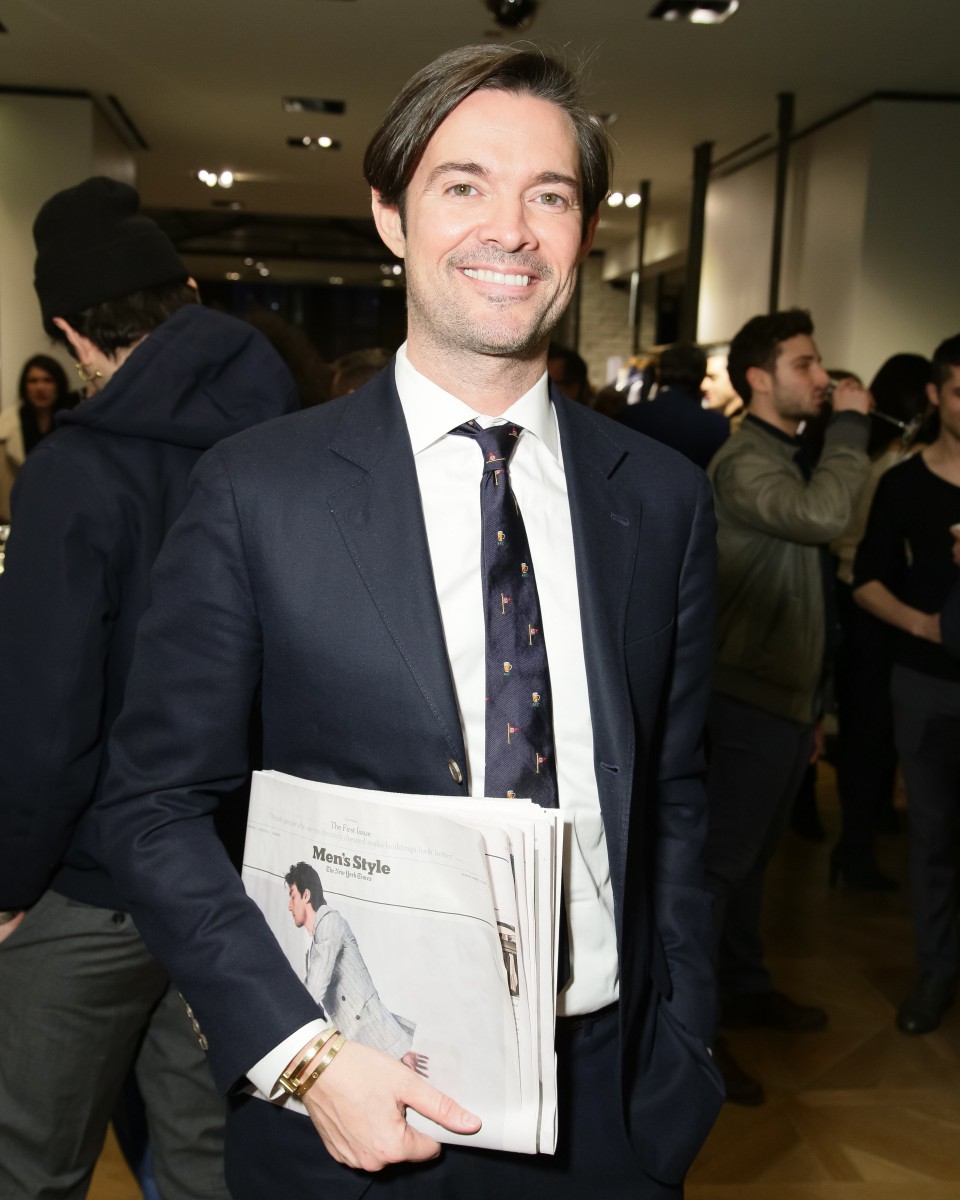 On Monday, Brendan Monaghan was promoted from VP of advertising at the The New York Times and publisher at T: The New York Times Style Magazine to SVP of advertising at the Gray Lady (his T title remains the same). Monaghan was poached from GQ in October 2013 to become T’s first-ever publisher, and since then, he and EIC Deborah Needleman have proven to be a killer publisher-editrix duo. Recently, Monaghan was instrumental in making The Times’ Men’s Style section, which launched at the beginning of April, come to fruition. The dapper publisher (and ultra-chic birthday bash host) filled us in on the new title, the flush debut of Men’s Style, and more…

Congrats on your promotion! How will being SVP of advertising differ from your previous VP title?
Don’t forget that I oversee a very large portion of the newspaper and digital business here at The Times, in addition to my responsibilities at T. My responsibilities will continue to be the same with regard to T, but will further expand and cast a wider net over the categories that report to me and roll up to me at The New York Times in general. My umbrella is larger than it was, basically.

Gotcha. So what’s your proudest accomplishment at The Times thus far?
I have many, not just one! I’ve assembled an incredible team at the organization; they were all just recognized at the company for their very strong overall performance. I’m also super proud of the work that we’ve done at T. We were significantly up in ad pages last year in a very challenged print market, and we are seeing double digit gains on that this year. Working with Deborah has been incredible: she is such a great partner.

How did you celebrate your promotion?
I learned officially about it on Friday, so I went for a small dinner with two friends at Polo Bar. We celebrated there a bit. Other than that, I haven’t done much celebrating….yet!

You took to social media to share news of promotion. Were you surprised by the volume of likes, retweets, and comments?
I’m always pleasantly surprised by the overwhelming support. My Instagram and Facebook feeds are still blowing up and flowers have already arrived…It’s really nice! I’m lucky to be surrounded by a really strong network of family, friends, colleagues, and clients who have all been extremely supportive of all that’s happened over the past two years or so with my career and life. I’m really lucky, and I never, ever lose sight of that.

How’s the recently-launched Men’s Style section of The Times coming along?
Men’s Style is a game-changer for The New York Times, and it’s my baby. We haven’t had a new section launch at the paper in over 10 years, and it’s the most successful launch by all metrics in the history of the paper. We sold out of advertising for the launch—we literally had to turn ads away as we couldn’t make the section any larger. We expect this to be a huge success at The Times, and it’s something that we really needed. We’ve received overwhelmingly positive feedback. I could not be more proud, and I cannot wait to be a part of its evolution.

An Evening Of Influence At The Time 100 Gala