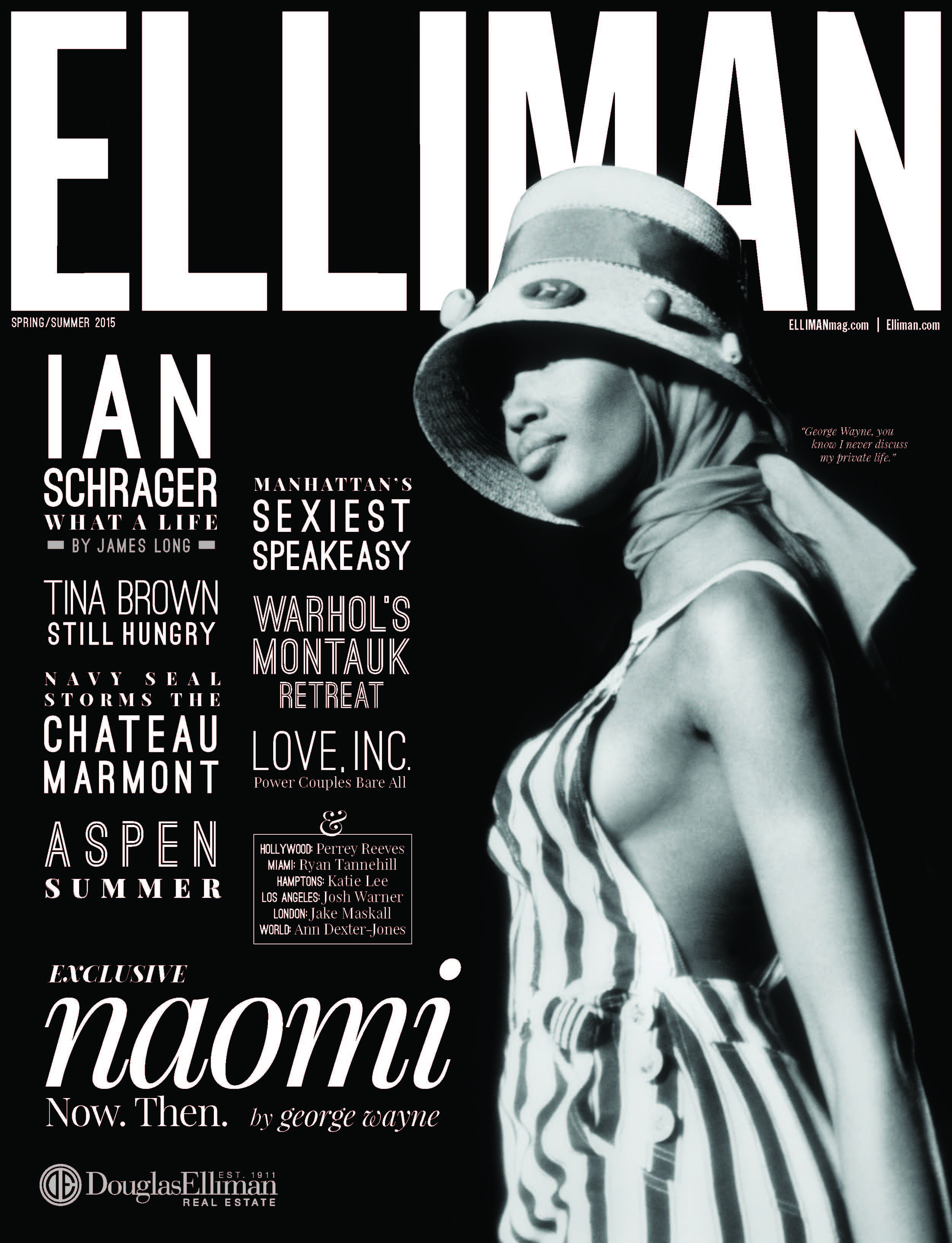 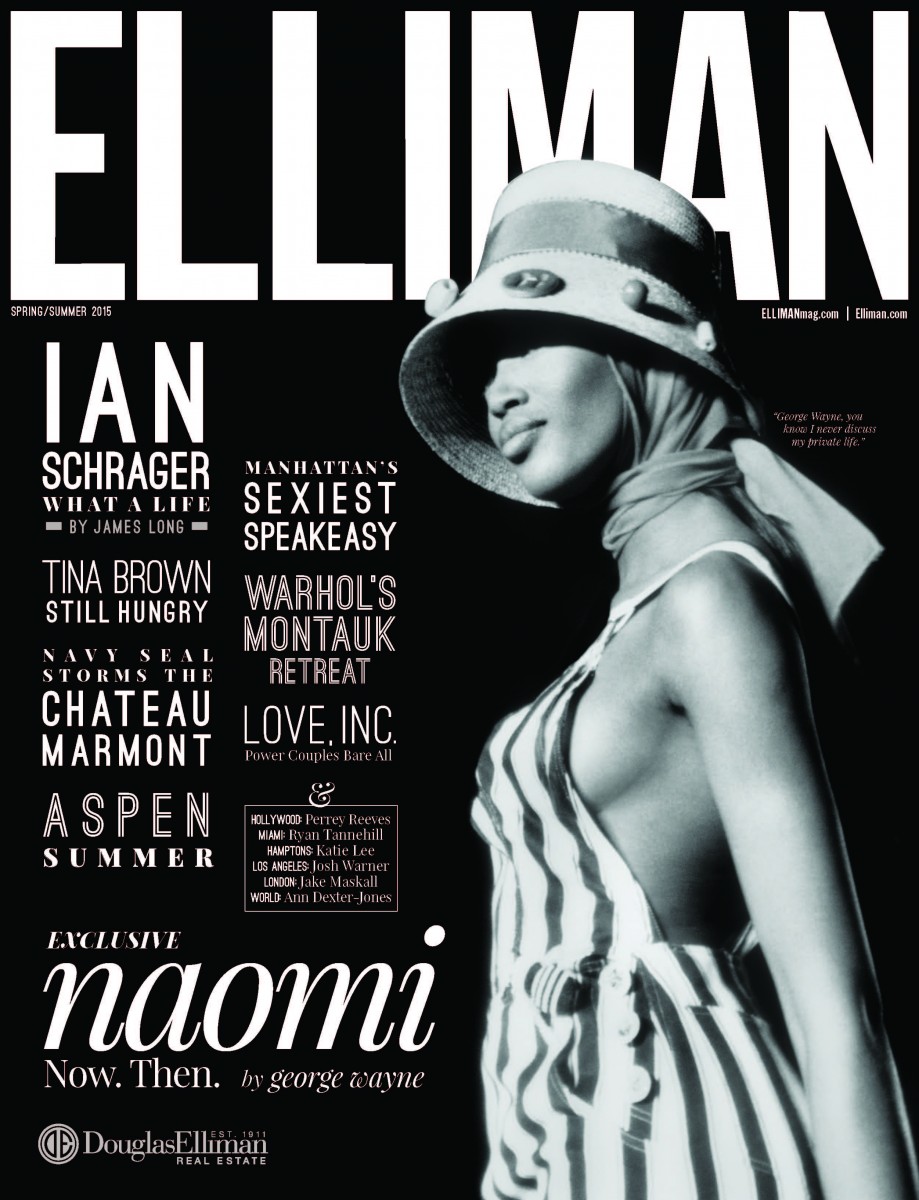 The glossy is a celebration of the cool-glamour of New York. Naomi Campbell is on the cover, and inside are iconic New Yorkers like Ann Dexter-Jones, George Wayne, Katie Lee, Cornelia Guest, Ted Allen, Tina Brown, and hotelier Ian Schrager, who just opened the buzzy New York Edition, which has even the most jaded socials sprinting in stilettos to Madison Square Park to score a table at the clubby Clocktower restaurant.

“My favorite moment creating this issue with my team was when longtime Vanity Fair contributor, George Wayne, brought the image of Naomi Campbell that wound up on our cover and said, ‘Will this work?,'” ELLIMAN Magazine‘s editor-in-chief Richard Perez Feria tells me. “I looked at our design director, Kathleen Gates, and calmly answered, ‘Probably. Let me think about it.’ When George left, we started jumping up and down for we knew what we had—a once in a lifetime cover image. And we did.” It’s hard for Perez Feria, who is also the EVP of Elliman Media, to pick just one favorite feature in the issue. “I have a lot of stories I loved in this issue of ELLIMAN: Ian Schrager, Chateau Marmont, Naomi Campbell—but I was most excited about my story on Tina Brown, a woman I’ve admired for decades. Having lunch with Tina at Michael’s, the epicenter of media power, was about as good as it gets for me. This issue of ELLIMAN is full of such incredible moments.”

The launch of ELLIMAN is just one facet of the real estate company’s major media makeover/takeover. “My new role at Elliman Media comprises everything I love about my profession: I get to create beautiful, important magazines; I get to help create a market where no market existed before and I get to work with the very best people in this and any other business,” Perez Feria says. “Trust me, this is going to be a spectacular ride over here at Elliman Media. Keep your eye out for what’s in store.”