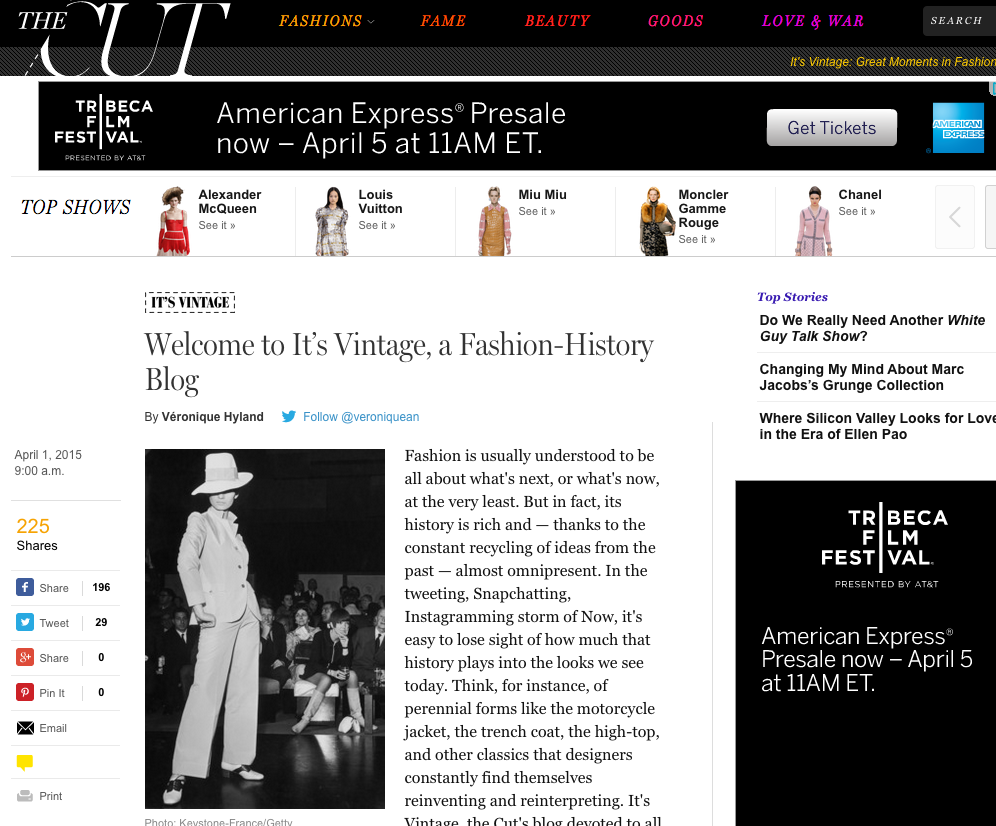 Today, New York’s The Cut launched a pop-up fashion history blog for April called “It’s Vintage”. The blog is part of a series of pop-up blogs that New York has been doing since May in which blogs focus on specific themes for a short duration of time, such as exploring Paris, untangling love lives, or navigating New York’s art scene. Each pop-up blog is sponsored by a specific advertiser (like October’s “Italy In 30 Days,” which was sponsored by Dolce & Gabbana’s Dolce fragrance), but doesn’t contain native advertising.

“It’s Vintage” will be helmed all month by The Cut’s fashion news editor, Véronique Hyland. Each day around a different theme in fashion history like Marc Jacobs’ famous grunge collection for Perry Ellis, or dandyism from the 19th century to the present. The blog will also feature guest contributors like Andre Leon Talley recalling John Galliano‘s Sao Schlumberger show, Martha Stewart on her collection of power suits, Stephen Burrows and Bethann Hardison on the Battle of Versailles, and Shayne Olivier of Hood by Air on his rave days. “Think of it as a #tbt that lasts all week,” said Hyland. Behind the blog is an advisory panel that includes fashion veterans like Museum at FIT director Valerie Steele and The Cut’s critic-at-large, Cathy Horyn. Check it out throughout April to get a fashion lesson each day, darlings!