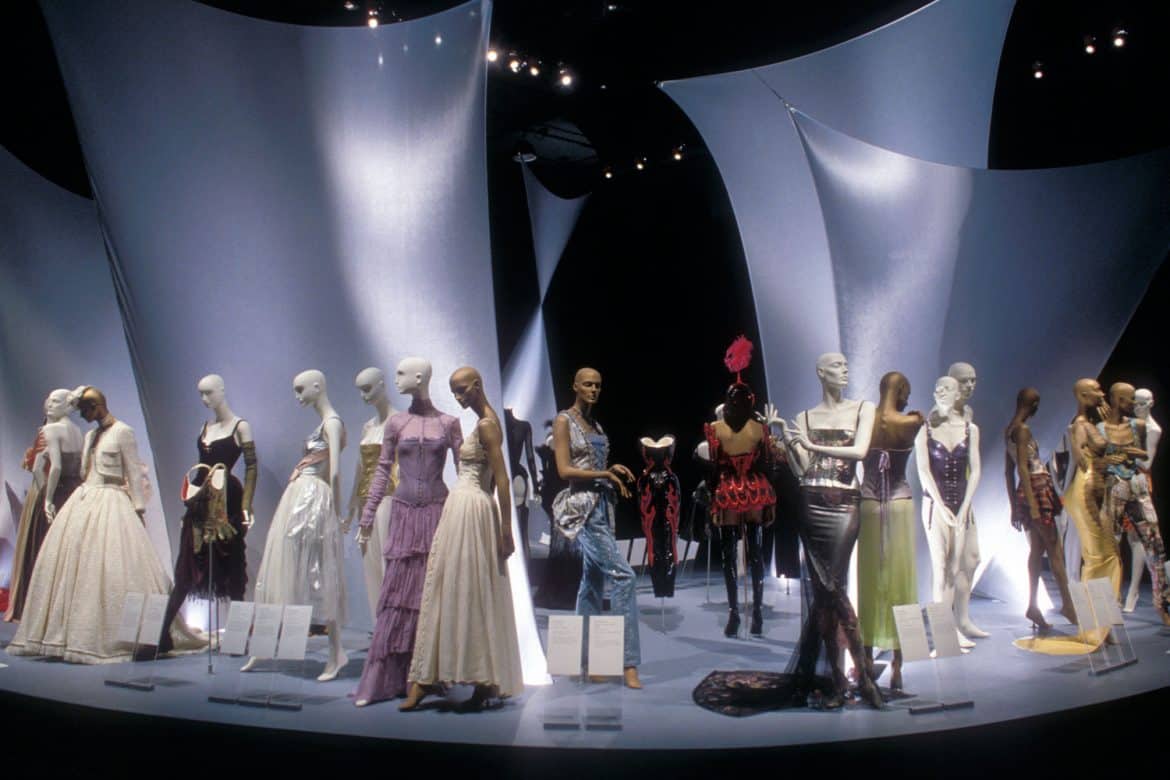 The Museum at FIT is celebrating its 50th year of exhibiting fashion. The Daily caught up with museum director Dr. Valerie Steele to find out how the institution is marking the anniversary, and how it has cultivated one of the most important fashion collections in the world

Tell us about this new exhibition!
This is our 50th anniversary, believe it or not. The museum was founded in 1969, when it was known as the Design Laboratory. We looked back and found we put on more than 200 fashion exhibitions in that 50 years. We thought, “What if we could do a show about that?” We chose 33 of the most influential ones that we still had clothes from in our permanent collection. This show of shows looks at little vignettes [of past exhibitions], with anywhere from one or six dresses from each show.

What was the first fashion exhibition at FIT?
It was in 1971, before the building was even built; a live fashion show about [costume and fashion designer] Adrian. The first-ever museum director, Robert Riley, was a great publicist, and he drummed up news about it. MGM heard about it and said, “Do you want these old costumes Greta Garbo and Joan Crawford wore?” We did a vignette with two dresses from that show. 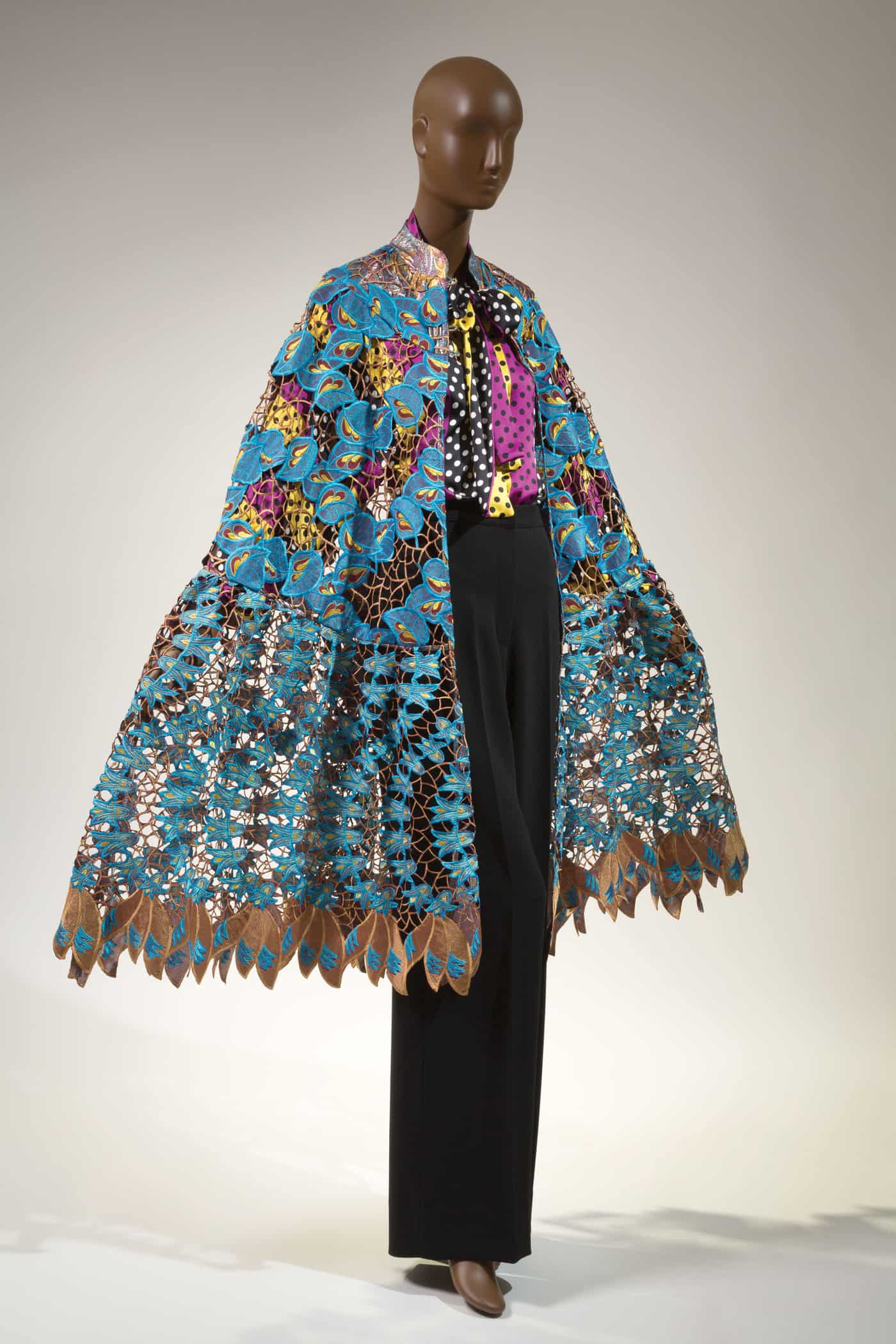 What are your favorite exhibitions over the years?
“Gothic: Dark Glamour.“ The Daphne Guinness exhibition—that was great fun. We’re going to show one look she had—a silver Gareth Pugh—but we’ll also feature the moving hologram of her that was hanging over the show. “Japan Fashion Now” was another favorite of mine; so was “Fairy Tale Fashion,” which Colleen Hill curated. My colleague Patricia Mears did a wonderful show, “Madame Grès: Sphinx of Fashion.” Also, “Black Fashion Designers” and “Paul Poiret, King of Fashion.“ 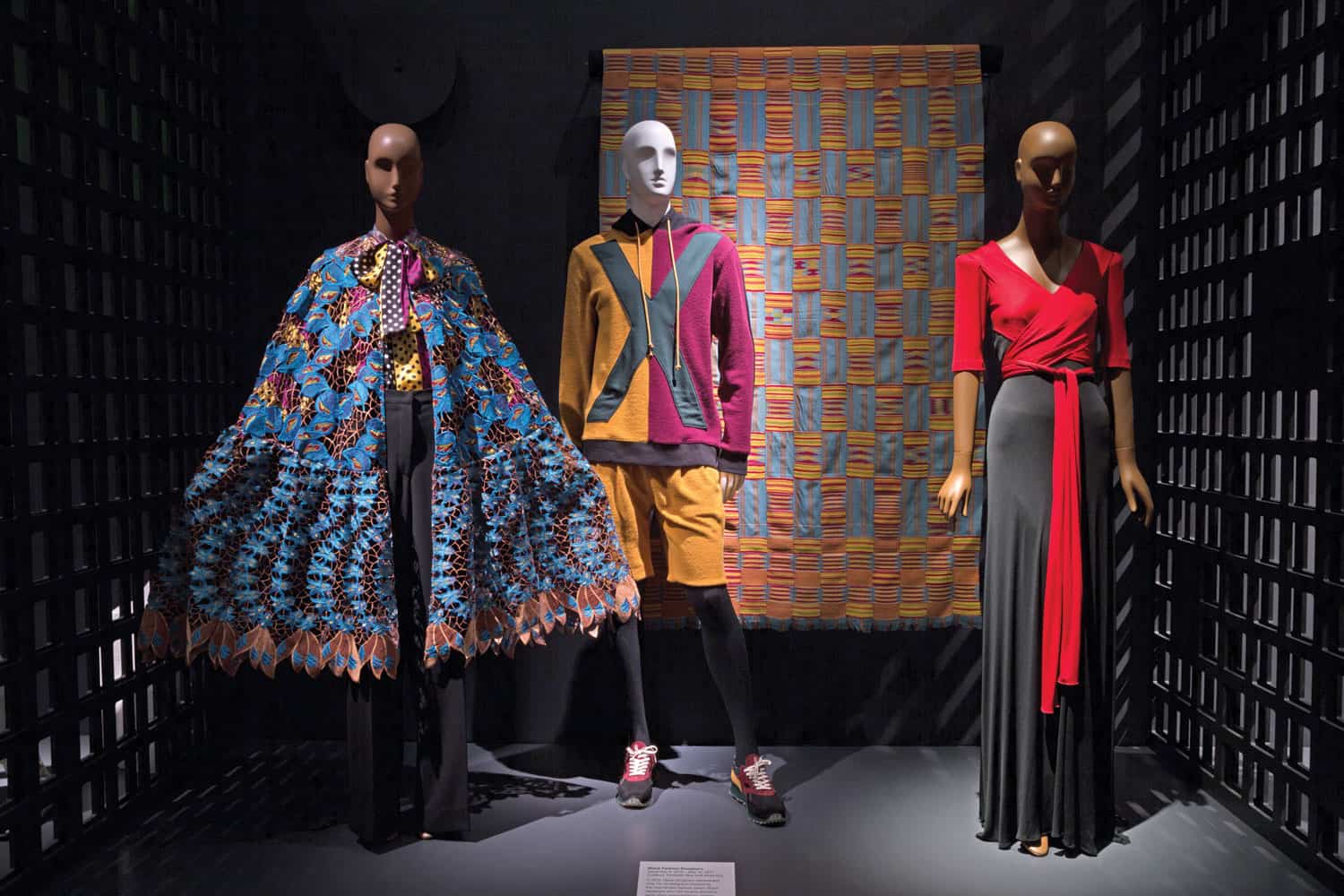 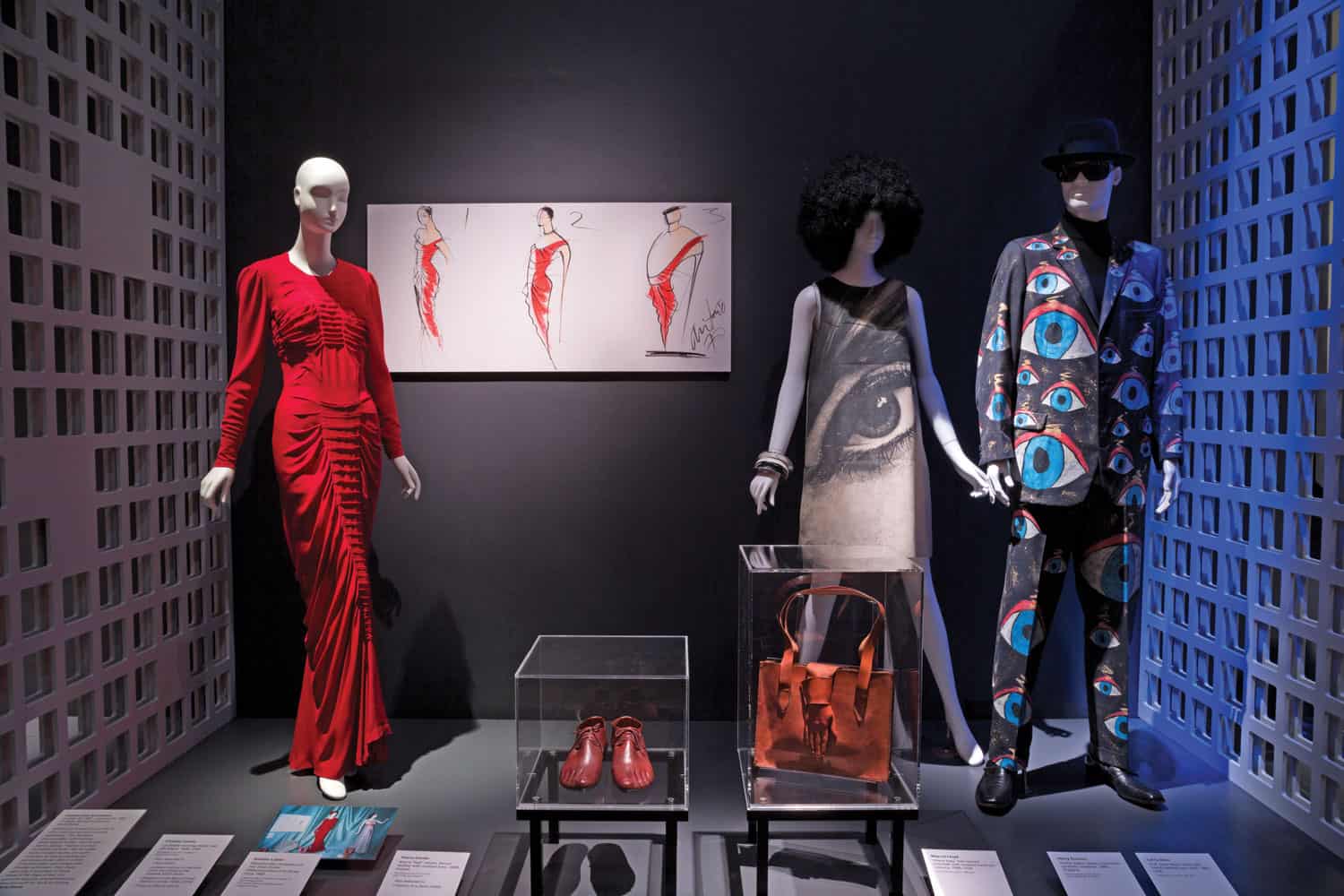 If you could have an unlimited budget to stage any exhibition completely unrestricted, what would it be?
I would love to stage the show of Azzedine Alaïa’s hidden collection of fashion. By all accounts, it is one of the greatest private collections, or greatest collections period, in the world of fashion. Alaïa put it together over decades, and nobody’s seen it! Or they’ve only seen one or two dresses from it. People have told me when they went to see Alaïa, he’d sort of tantalize them and go, “Oh, here, you can see one or two dresses.” He brought out pieces from Poiret, Vionnet, and Charles James.…“Adrian and Alaïa” just opened in Paris, but that’s only a tiny fraction.

How has FIT’s fashion collection evolved over time?
Robert Riley had been working at the Brooklyn Museum [before FIT], where they had a design laboratory. He was able to borrow things from Brooklyn, but he immediately wrote to friends and said, “I hear your mother was a client of Poiret. Could I visit your chateau in Normandy, look in the attic, and see what she still has left?” [His friends] would write back, “We don’t have any of Mommy’s clothes left, but of course, come visit us.” Then he’d go and visit and find all her Poirets in the attic, and his friends would give them to him. Lauren Bacall gave him hundreds of her pieces. The woman lived to shop and had fabulous taste. My predecessor, Richard Martin, was also a massive collector and would even use his own money to buy things for the museum. From the beginning, directors were interested in building a collection of both super important historic clothes and contemporary fashion. 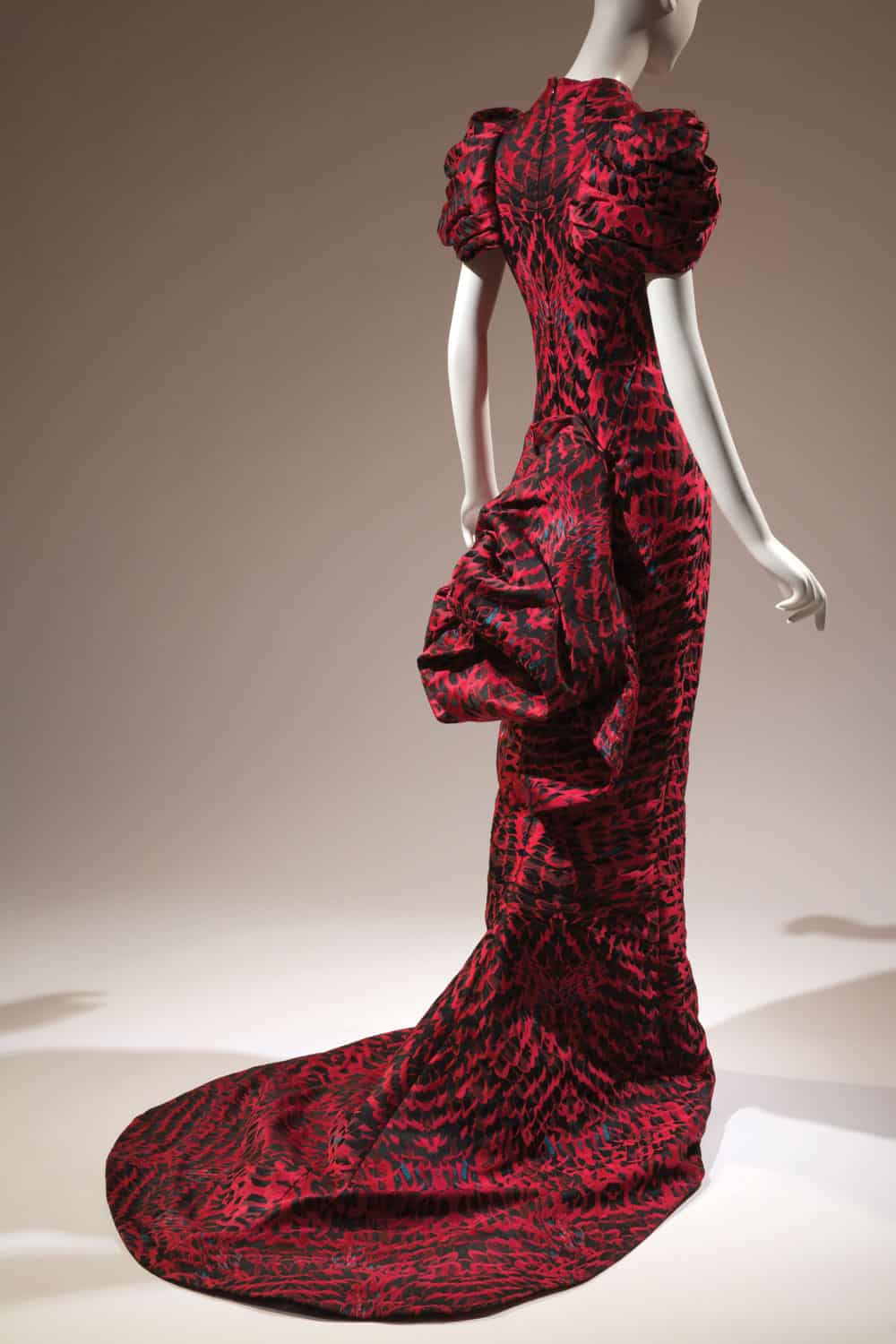 What modern designers are you collecting now?
We made a big point of acquiring as much McQueen as we could. Rodarte, Rick Owens, Prada…Alaïa, of course, we were collecting avidly. Alaïa himself gave us some wonderful things. We have an excellent Chanel collection, and we’ve also worked with Chanel under Karl [Lagerfeld] to collect new things. We’ve been collecting Comme des Garçons, Junya Watanabe, and Yohji Yamamoto in a big way. Japanese designers in general are so important. We try to make a point of collecting Gaultier. We have the world’s best collection of Halston, the world’s best collection of Claire McCardell, the world’s second-best collection of Charles James. We just had Carolina Herrera here filming because she’s donated some things to our collection — highlights of her career are here. Anna Sui gave us some Kenzo pieces she collected over the years. We got some lovely Helmut Lang. When Helmut stopped designing, he cleverly put his collection in multiple fashion museums around the world.

What makes a piece museum-worthy?
Our mandate is to focus on artistically and historically significant dresses. If it’s cutting edge, trend-setting, and something other designers are influenced by, we’re interested. It could be couture, but it could also be street-style, because punk, hippy, Goth…all those styles were super influential on high fashion. We look at auctions to see what comes up, and what collectors might get rid of. I go to fashion shows primarily to see what we might be able to acquire for our own collection.