The Center Of It All 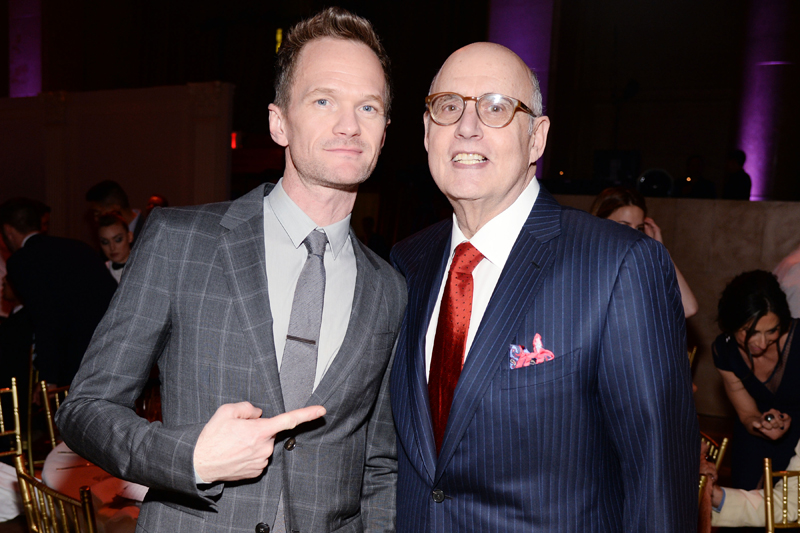 Weekly visits to Cipriani Wall Street have returned now that benefit season is officially in full swing, and last night’s Center Dinner set the bar high. The annual event is to raise funds (an impressive $1 million, to be exact) for the Lesbian, Gay, Bisexual and Transgender Community Center in the West Village. (Full disclosure: That’s where this very writer votes on Election Day.) This year, the event also supported The Center’s efforts to open the first-ever substance abuse treatment program designed specifically for LGBT youth.

This year’s honorees were Transparent star and recent Golden Globe winner Jeffrey Tambor, who plays Maura Pfefferman on the Amazon show, Stephen Friedman, president of MTV and Logo, and Brian C. Offutt, COO of Combs Enterprises. Yup, even Puffy’s with the program and has a gay man running the show! The rapper wasn’t in attendance, but sent in a video message honoring his COO. Longtime LGBT advocate Judith Light presented to her co-star Tambor, who called the honor his “New York moment” and honored the trans community, remarking: “You indeed are the real unsung heroes, you are the trailblazers in this room, and I’m so proud to stand here tonight as your ally.” Highlights of the evening were a speech by out and proud teenager Andrew, who has been a frequent visitor to The Center, and a cameo appearance by same-sex marriage pioneer Edie Windsor, who scooted out just before dinner started. Lorna Kelly helped raise some extra bucks auctioning off two walk-on roles on Transparent.

Bringing the fashion crowd to the table, (five tables, from what we understand) was longtime Center supporter and designer Alexis Bittar, who seemed to host, well, everyone. “I’ve utilized the center since I was 22,” Bittar tells The Daily. “It houses a few organizations that all focus on building up the LGBT community. Their recent initiative is a teen LGBT outpatient addiction treatment program that is the first of its kind in the U.S. It’s hard to believe it has taken this long.”