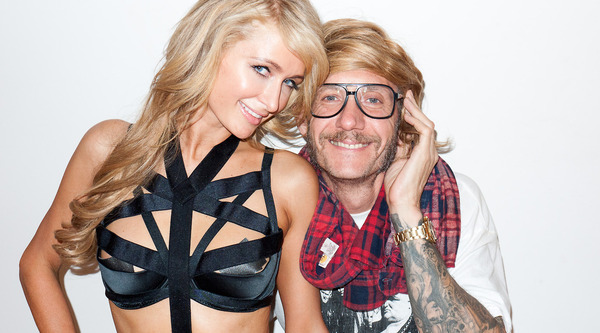 Dying over this! Terry Richardson shot Paris Hilton recently and got wiggy with her during the shoot. Yes, underneath those blond locks is the famed photog who passes on his signature thumbs up. How does everybody like Terry as a blonde? All the antics were caught on his addictive Tumblr blog, Terry’s Diary. Now let’s talk about the masking tape all over Paris…wazupwiththat?