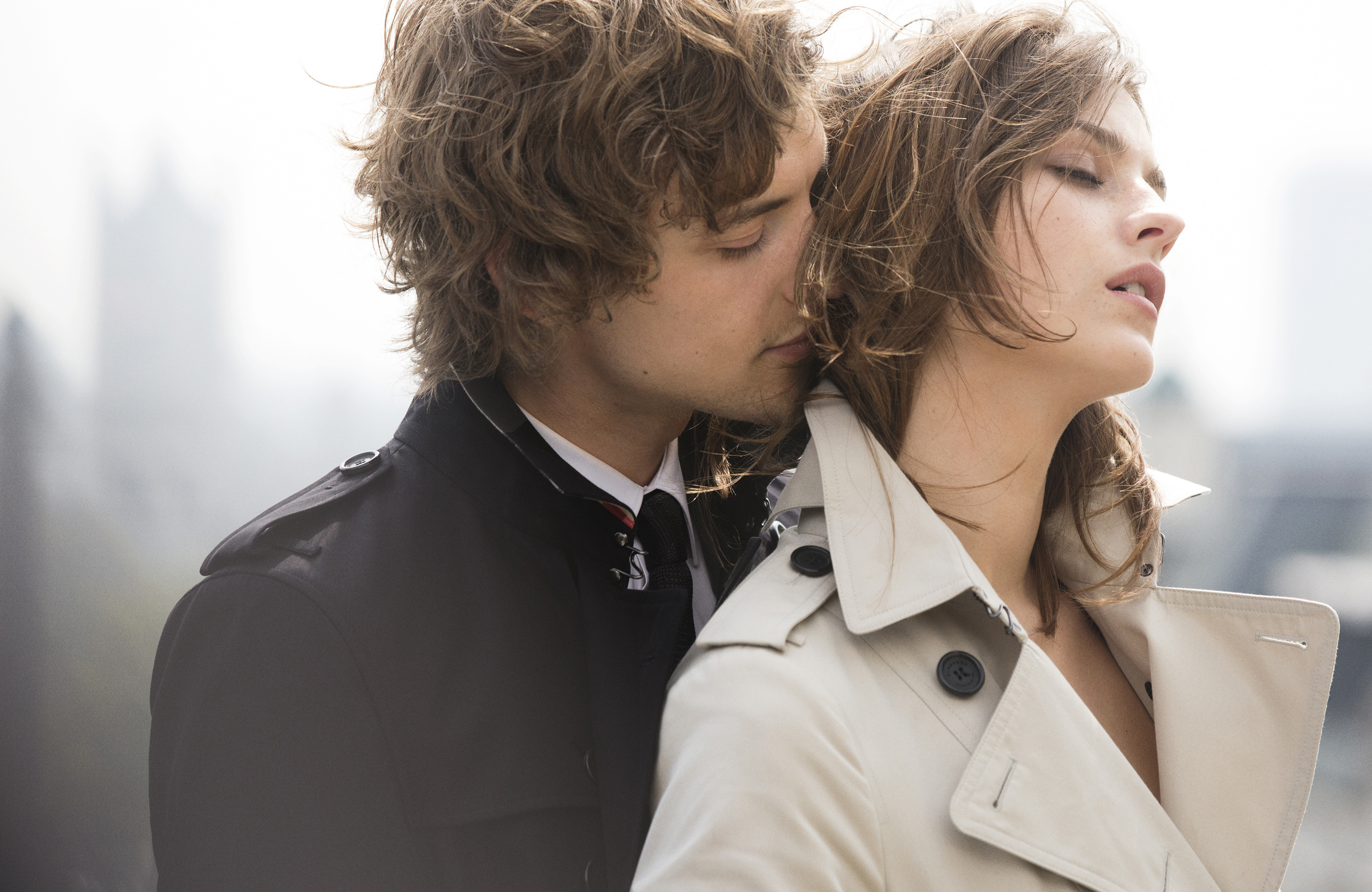 Burberry tapped legendary director Steve McQueen to mastermind the campaign video for its newest fragrance, Mr. Burberry. Set to the tunes of Benjamin Clementine, musician and campaign star Josh Whitehouse engages in a series of steamy make out seshes with British model and actress Amber Anderson.

“I wanted to convey the idea of two people who are passionately in love, and go off on a dirty weekend,” McQueen explains in a press release. “It’s that moment in a relationship where all you are thinking about is each other, and all you want is to be with each other.” Indeed.

The short starts off with a steamy scene (literally) with Whitehouse washing his abs in the shower before we see the slinky silhouette of Anderson approaching. Cue some caressing, stolen glances, and primping for a night out, then cut to the first of the many “kissing scenes” that make up the rest of the film. So what was it like to be in constant lip lock for vid? “When it came to making the film, Josh and I kind of just got into it,” said Anderson. “We had three days, and that felt generous, but it was a quite intense working environment. So we had to go in headfirst and trust everything would be fine. He’s a really funny guy and we have a similar sense of humor. And you have to have a sense of humor when you’re doing kissing scenes and you’ve just met.”

Christopher Bailey, Burberry chief creative and chief executive officer, collaborated with perfumer Francis Kurkdjian for the woody scent, which aims to embody the essence of London: “traditional yet irreverent, elegant without being pristine.” The bottle takes a cue from the Burberry black trench coat; the cap references the horn-like buttons and a hand-tied knot in English-woven black gabardine sits around the bottle’s neck. Bonus: The bottles can be monogrammed making for the parfait gift.

Daily Double: Kylie Jenner on Paper and Frenchy from Grease