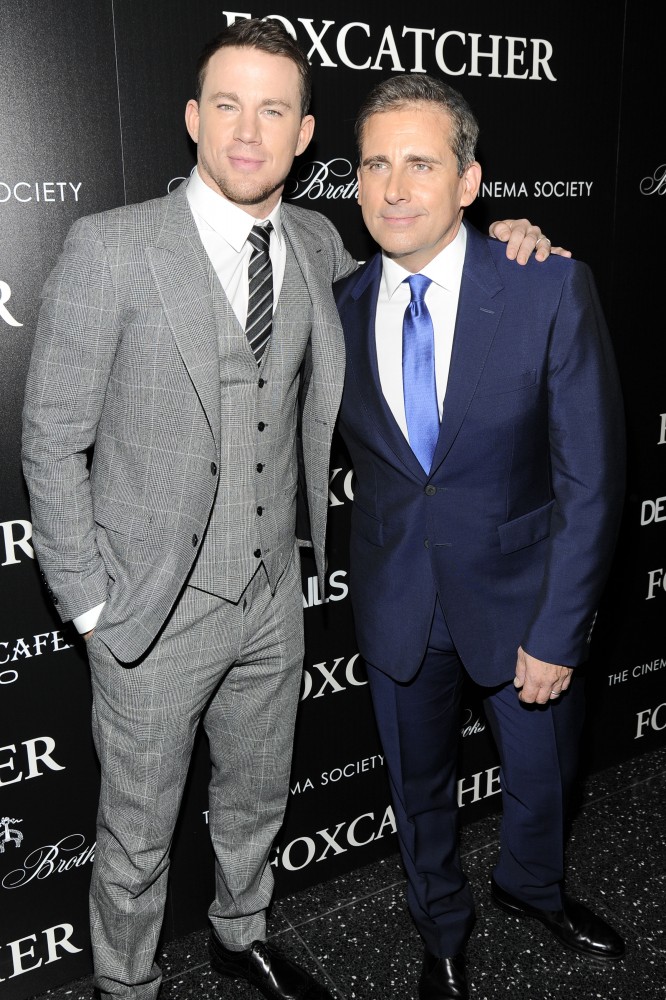 Last night, Cinema Society teamed up with DETAILS and Brooks Brothers to bring one of this year’s most anticipated films to New York. The premiere of Foxcatcher, starring Steve Carrell and Channing Tatum, did not disappoint. The entire cast, including Carrell, Tatum, Vanessa Redgrave, and Anthony Michael Hall, all showed to celebrate. Both lead actors transformed thanks to some intense training and intense makeup. “Everyday fear, and that’s about it,” Tatum told The Daily about what kept him on his toes while prepping for the role, “every single day is just about being afraid.” The wrestling thriller also attracted Valentino and Giancarlo Giammetti, Ang Lee, Josh Lucas, Aaron Sorkin, Sheryl Crow, plus Mary-Kate Olsen with fiancé Oliver Sarkozy as well as twin sis Ashley Olsen.

Inside the premiere, director Bennett Miller waxed poetic about his all-star cast. “We have a card-carrying member of The Breakfast Club in our cast, Anthony Michael Hall. We have a newcomer to the screen, she’s done some theater, Vanessa Redgrave. As lovely as she is scary,” Miller jabbed. “Also, we have dancer-turned-actor Channing Tatum, and, uh, Steve Carrell.”

Following an intense ending (no spoilers, don’t worry!) everyone made their way down to The Top of The Standard where more revelry ensued thanks to some potent Patron cocktails.