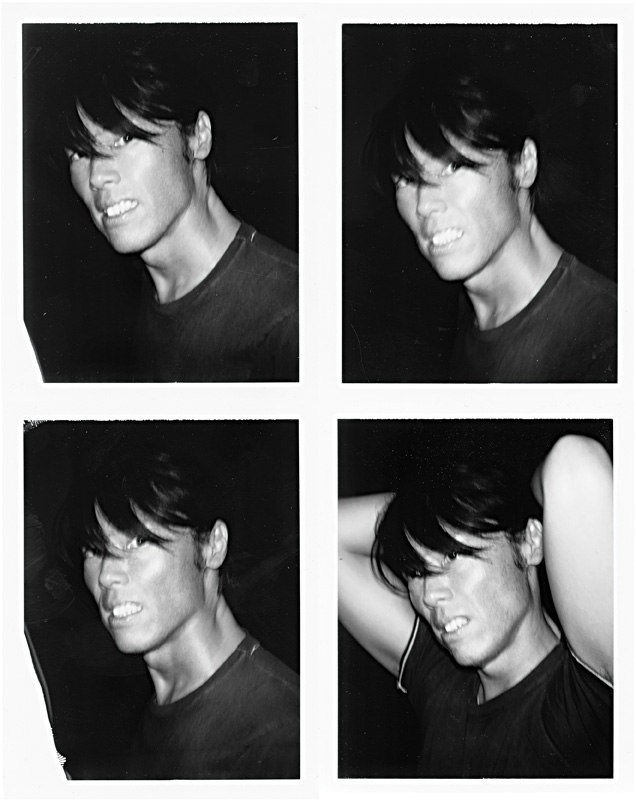 He spends his working days side by side with Glenda and Carine, but Stephen Gan always finds time for VMan. Fashion’s coolest guy tells us why.

How did VMan come about?
Five or six years after starting V, I decided V needed to have a little brother. I had been talking to a lot of friends and people in the industry and it felt like menswear was about to have a renaissance period. I remember feeling like there needed to be a men’s fashion magazine that addressed not just me—because I couldn’t find anything I wanted to read, as a male reader interested in fashion—but this group of men who, quote-unquote, came with the dawning of the metrosexual.

Was producing the first issue a smooth process?
Because I had five years’ experience from doing V, I had learned the ropes, so to speak. I wanted VMan to not be as oversize as V. I remember thinking, It’s got to be a good size so a skateboarder could roll it up and put it in his backpack. I wanted it to be a guy’s manual that they carried around, and that they learned from, and that inspired them. And I wanted it to contain what I considered to be real men’s fashion, because I felt that at the time a lot of men’s magazines were not showing you things as incredible as we were seeing on the runway.

Who’s the reader?
I don’t know what he does necessarily for a living, but I see him as being a world traveler, and if he can’t travel the world, he wants to know about everything that’s going on in the world and in pop culture. I see him as being very interested about men’s fashion and the future of men’s fashion, and knowing that putting on a Raf Simons suit or a Comme des Garçons suit or a Givenchy outfit didn’t mean that you were a fashion victim. It was just sort of your way of being. Your way of life. Also he’s got to have an unlimited shopping budget.

What are some of your best memories?
Karl Lagerfeld did this cover of Kanye West. I had a crazy idea one day, and I called him up and I said, “Would you stick a dollar bill in Kanye’s mouth?” And they did it. Every copy came with a dollar bill on the cover. It was pretty hilarious.

Is that even legal?
It is, we checked.

You found Matthew Terry in a VMan contest.
He was part of this story called “The Contender.” That was his first picture. Then six months later I was walking down Houston and saw him on the Calvin Klein underwear billboard. He was a great discovery.

Who are other people you’ve helped launch through VMan?
Garrett [Neff]. He’s just come out with his swimwear line. These were his first pictures ever, by Bruce Weber. I tagged Simon Nessman’s first pictures too.

Do you have a favorite male model of all time?
Not one favorite, but Brad Kroenig, Andrés Velencoso, Tyson Ballou, Simon Nessman, RJ Rogenski, Garrett—they’re all incredible.

How do you find talent?
The model search we do with Ford is one way of finding them, but a photographer like Bruce Weber will ring me up and say, “You’ve got to see this guy.” He’ll send someone over to see me like once a month. The first time I met Gigi Hadid and Kate Upton was that way, when Ivan Bart called up and said I needed to meet these girls.

Those must be amazing moments.
They’re surreal, and so real, and so unassuming, so you’re more shocked at the results later on. While it’s happening, it seems sort of normal.

You’re also working on CR Men’s. How will it be different than VMan?
CR Men’s is completely Carine Roitfeld’s vision. She did guest edit one issue of VMan a few years ago. That was our test drive to see how we could work together. She’s always had her own, very personal take on menswear, and it doesn’t necessarily overlap with VMan. I look at CR Men’s and I think, Oh, my God, what an incredible selection of clothes. I want every piece, and that’s Carine’s eye. I still today admire her fashion sense and how she can spot the best piece from any collection, be it men’s or women’s.

How closely do you pay attention to newsstand figures?
All the magazines—V, VMan, CR, CR Men’s—we produce between 60 and 90 thousand copies per title and you can average a 60 percent sell-through rate [on newsstands]. Putting someone like Lady Gaga on the cover has sometimes resulted in a 75 percent sell-through rate; those are really good figures for a small-scale circulation. I like knowing that out of every 10 copies that get out there, seven of them find homes. I hate the fact that three or four copies might be returned or discarded. It’s sort of like being a bakery and delivering muffins to a store. You want to make sure the muffins get eaten and not disposed of. That’s the sad thing about our business. Paper is such a beautiful, precious thing, but quite a number of magazines get discarded.

Have you ever worked with a focus group?
[Shakes head no.] My focus group is my team. I feel like I work with a brilliant group of young editors and we’re constantly talking about things and talking about what’s new and what’s up. It’s a magazine’s job to pick out what’s emerging out there and show it to the readers. Magazines can still inspire; they can still dictate.

When did you fall for magazines?
My parents owned a printing press, and it kind of just hit me one day when I was at the printers that I had grown up going to the printers. So I love the physical act of seeing those wheels turning and watching the ink hit the paper. It’s a very tactile thing that you don’t get when you see something online. Holding a magazine, the kind of paper stock that it’s printed on and the print quality—those are painstakingly accomplished elements that go into wanting and loving magazine-making.

What’s the most satisfying moment on the job?
When the printed magazine gets bound. Because I’m always checking loose pages, and at the end of that process you get a bound copy, and I can stick it in my backpack and read it at home. I think that’s the most satisfying moment. Sadly sometimes that only lasts about 10 minutes and then you’ve got to start thinking about how you can do the next one. The other analogy I always use is that you and your team are like a band. The performance has to be good, the music has to be good, the audience has to be walking away wowed. I’m not saying every issue is great—I’m saying I’m constantly trying to look for the perfect issue, like a songwriter wants to write a perfect song every day. And the songs keep going out to the world, but there are so many new songs to be written. That’s how I feel.

What’s your hope for the future?
I hope menswear designers don’t think of us men as only being able to wear three-piece suits every day. As long as designers keep designing in innovative ways and keep looking to the future, those of us in men’s magazines will have something to talk about. I want more designers doing more exciting things that will help the industry overall. More photographers wanting to do good men’s photography helps too. More new models being born and more actors. The more pop stars and celebrities, the more exciting it is for a magazine. The worst thing for a magazine is to not have anything to write about.