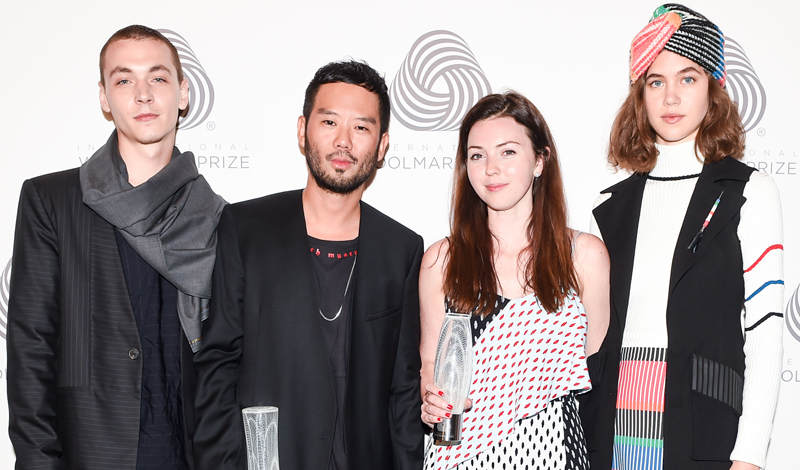 Aussie textile brand Woolmark Company (claim to fame: Merino wool) is holding its International Woolmark Prize for the fourth consecutive year. The company revealed the winning womenswear and menswear finalists out of all 10 U.S. semifinalists at last eve’s event, which took place at Milk Studios’ penthouse. The prize, which  recognizes emerging talent of fashion designers globally and also celebrates the versatility of Merino wool, was given to finalists who “really push the boundaries beyond traditional uses of Merino wool,” said Michelle A. Lee, director of the Americas for Woolmark Company. Ultimately, Siki Im snagged the menswear finalist prize while Tanya Taylor scored on the womenswear finalist front. The beat out CG, Kaelen, Nellie Partow, and Novis for womenswear and Cadet, David Hart, Lucio Castro andThaddeus O’Neil for menswear. What’s in store for the winners? An international stage where they get the chance to display their complete collection with the five other regional finalists and gain global exposure to some of the most well-known retailers in the world. Stay tuned, because the menswear finalist will be announced in Florence in January 2016, and the womenswear finalists will be judged in February 2016.