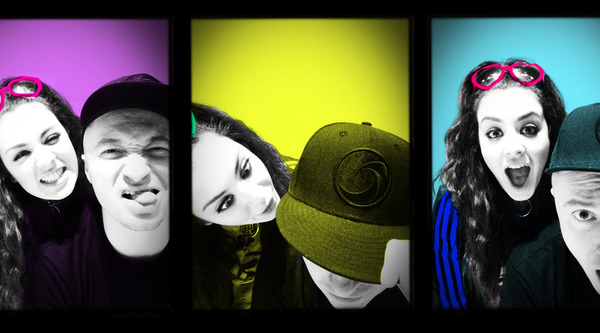 What time is it? Wherever you are, it’s Sergio time! The badass assistant to Cosmo‘s Joanna Coles fills us in on everything from a former prez encounter to an avalanche of musician run-ins and must-download music. Ready, set, read…

Monday
After what seemed like an eternity of obsessing over Charli XCX, I was finally standing face to face with one of my fave new pop stars. Born Charlotte Aitchison in Hertfordshire, England, she’s a singer-songwriter and one of those uber-talented 20-year-olds. The kind who make me question everything I didn’t accomplish in my life by the time I was her age. Her sound is a hybrid of Marina and the Diamonds, Bjork, and unforgettably catchy dance music from the ‘90s, or as Charli describes it: a magical-stardust-melancholic-pop-ness. She looks like a love child of any one of those evil bitches from The Craft if they mated with one of those freaks from Party Monster, but with punk-meets-rave-meets-girl-gone-wild style and “closer to god hair” that’s all her own. She’s already embraced by the fashion elite, gracing a recent cover of the cool-kid bible V with fellow music babes Grimes and Sky Ferreira. She also co-wrote Icona Pop’s undeniably catchy “I Love It,” which is a huge top 10 hit around the globe. Next up: her own debut album, True Romance, out April 16th. Until then, you must watch my interview with Charli and fall in love with her latest single “What I Like”. You’ll love it!

Tuesday
Today was so intense that I “forgot” to eat a proper lunch. Instead, I pecked away like a pigeon at a giant bag of organic sunflower seeds from Balducci’s and felt the winter weight just melt away. What one does for fashion! My day was filled with work, work, work, meetings, conference calls, shipping our next issue, yada, yada, yada. Also on my agenda: I stopped by Pier 59 Studios with THE BOSS for a major Cosmo cover shoot, and hung out with Demi Lovato (more on that later). On my way out I ran into one of my fave Brit pop stars, an Eastern European sista from another mutha, Rita Ora. I interviewed Rita on her first-ever press trip to the U.S., so we go waaayyyyy back. She looked like a million bucks in a sick Burberry jacket straight off the runway, and she told me to expect major surprises in the next few months. Then,  she was gone with the wind fabulous. I ended my evening with a massive dinner at Indochine (where a waitress messed up my order and then gave me attitude) followed by drinks at ACME with a group of friends. Who needs beauty sleep? No rest for the weary!

Wednesday
Three major things happened today: THE BOSS got to hang with 39th President of the United States and 2002 Nobel Peace Prize winner, Jimmy Carter, and I got to meet Ali Larter, aka Brooke Taylor-Windham from Legally Blonde! Oh, and I received a brochure and a DVD from the Church of Scientology offering to help me find the way to happiness. Immediately I jumped on JoCo’s couch with excitement imagining how amazing my life would be if I got to hang with John Travolta, Kirstey Alley and Tom Cruise. I am def considering this generous offer.

Thursday
Just another day at the office! JoCo held an invite-only luncheon at the top of the Hearst tower for the current Speaker of NYC Council (and possibly our next mayor), Christine Quinn. In the room overlooking Central Park: Daniella Vitale & Mark Lee of Barneys, Derek Lam, Steven Kolb, Isaac & Ken of KAUFMANFRANCO, Isaac Mizrahi, Maria Cornejo, Nicole Miller, Rachel Roy, Tim Gunn, WSJ, WWD, People, and The New York Times [Ed. note: And your dear Daily!]. Everyone was tweeting, Instagramming, Facebooking and trying to get a piece of Christine for the entire two hours. On the menu: five lettuce salad with endive, watercress, radicchio, lola rossa, bibb lettuces plus aged parmesan; grilled Mahi-Mahi with roasted spring vegetables and wild ramp pesto, and for dessert, vanilla bean cheesecake. I guess a fashionista meal wasn’t a real meal for Modern Family’s Jesse Tyler Ferguson, who tweeted: “I just ‘ate lunch”’ with a room full of high power fashion editors & designers. That was an hour ago. I’m starving.” to which JoCo replied “Imagine how I feel? That was my first meal in a year!” I can totally vouch for that. I’ve lost count of all the times JC is by my desk looking for chocolate and never actually eating it. After work I jetted off to the W Hotel in Times Square for a preview of “MADONNA – A Transformationtional Exhibition,” of never-before-seen photographs by Richard Corman and George DuBose. My night was almost done, but not before a stop over at Sons of Essex on the Lower East Side to see my friends from Island Def Jam Records at a private listening party with Fall Out Boy. I need a vacation stat!

Friday
Obsessed: “Imagine It Was Us” by Jessie Ware; “Hey You” by Quadron; “Hold On” by Nervo; “Still Into You” by Paramore; “Hurricane” by MS MR; “Alive” by Krewella; “If It Doesn’t Rain” by Sally Shapiro; “Wings” by Haerts; “Beauty Queen” by Foxes and the brand new video for Demi Lovato’s “Heart Attack”.