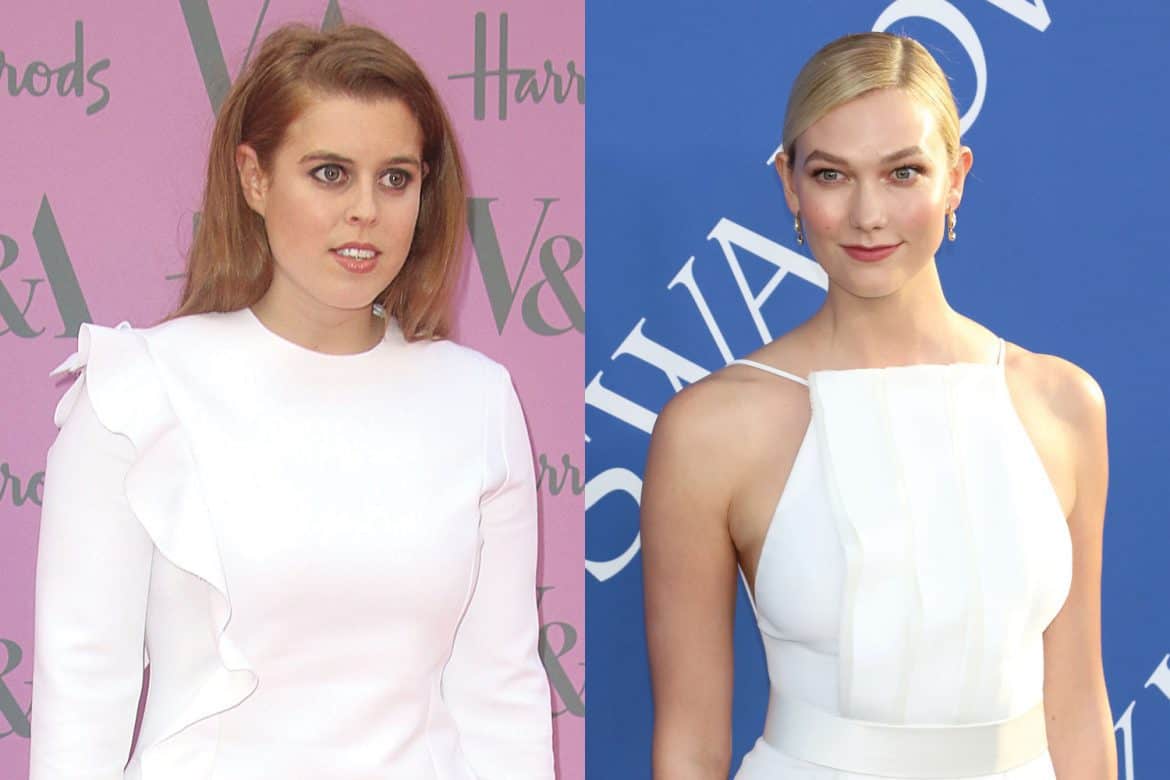 Karlie Kloss Revealed Princess Beatrice’s Secret Instagram Account (People)
On Tuesday, Karlie Kloss and Joshua Kushner announced their engagement on Instagram. Then, on Wednesday, Kloss posted the FaceTime reactions of a handful of her famous friends on her Instagram story, including Princess Beatrice of York, granddaughter of Queen Elizabeth II, tagging her, and thus inadvertently making her previously unknown Instagram handle known to the world at large. Royals with formal working roles like Will, Kate, Harry, Charles, Meghan, and the Queen herself, are not allowed to have personal social media accounts, but those working outside the family (the Royal family is often referred to as “The Firm”) can. Bea’s sister, Eugenie, has a public account with 277,000 followers, but Beatrice’s account is private, and was, until yesterday, a secret. Oops! 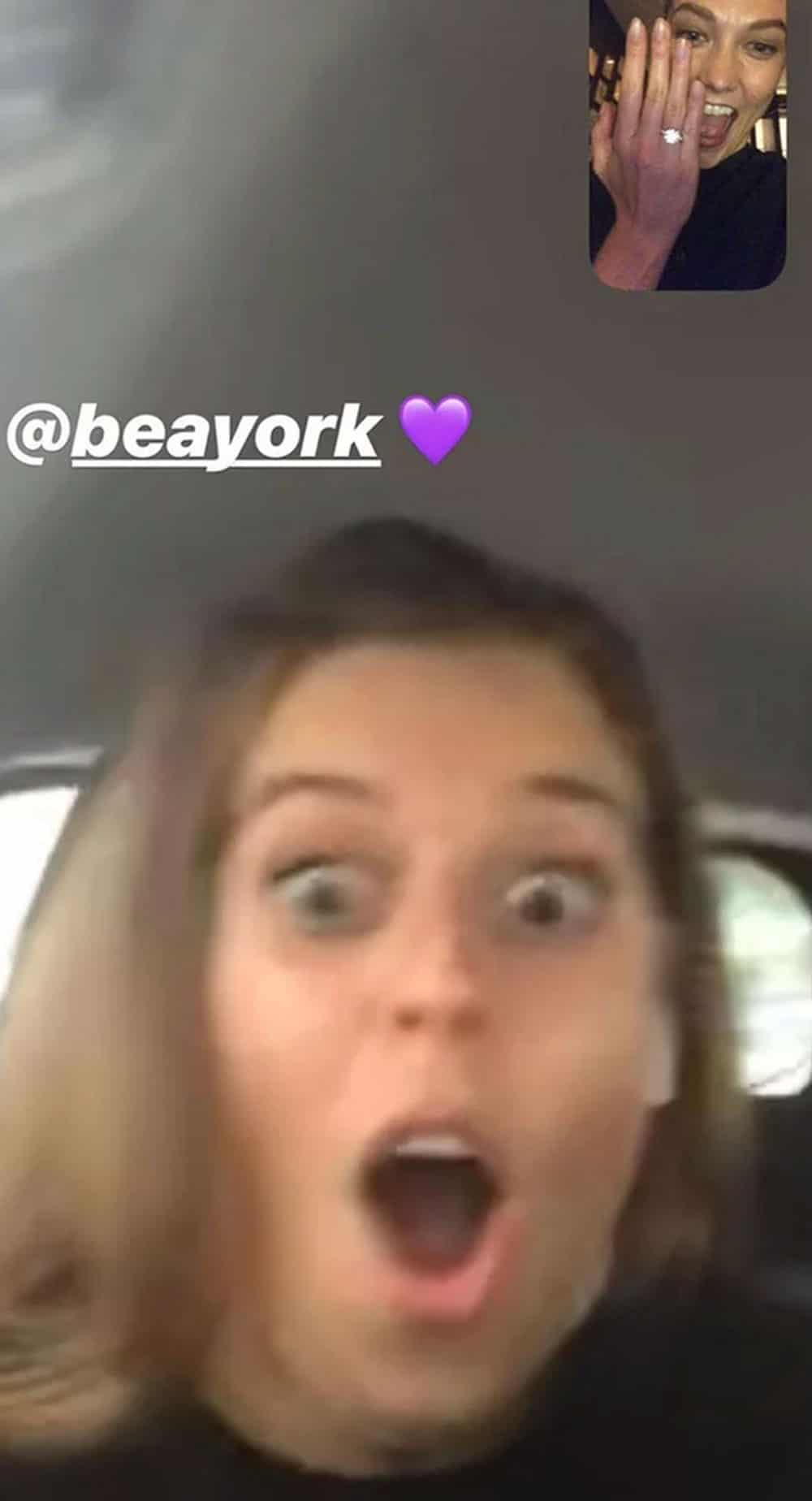 Moncler Is Raking in the Dough (WWD)
Looks like Moncler’s new collaboration-heavy drop strategy is already beginning to bear fruit, as net profits for the company climbed 47 percent to 61.6 million euros in the the first half of 2018, compared to 41.8 million euros during the same period last year. 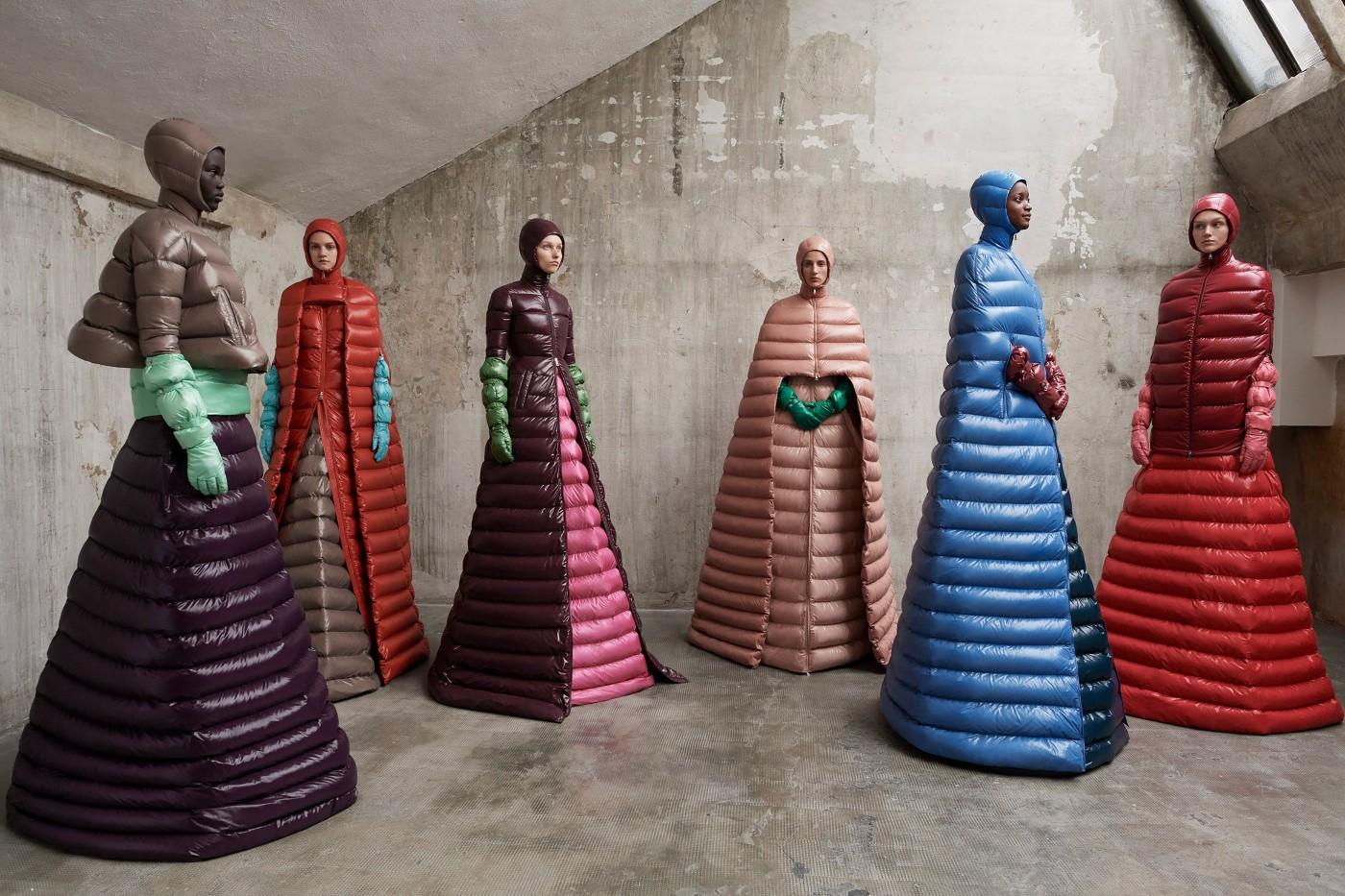 “Numbers always need to be read in context,” Moncler chairman and CEO Remo Ruffini told WWD. Looking past the mere digits. And that’s what makes me even more confident today about our future. The launch of the first Moncler Genius collection has been acclaimed a success in all markets and in all channels we operate in, and the company managed to meet all the given deadlines. We’re working to strengthen the brand and our entire value chain further, and we are pushing ahead with major projects, which I trust will enable us to live up to the motto of our campaign — beyond limits, expectations and generations.”

Demi Lovato Reportedly Had Narcan On Hand Before Her Overdoes (People)
Narcan is an emergency medication intended to reverse the effects of a narcotic overdose. When paramedics found Demi Lovato unconscious on Tuesday, they administered the drug to save her life. According to a source close to Lovato, she (or, at least, the people she was partying with at the time) was aware of the possibility of an overdose and had the drug on hand just in case. “She and her ‘friends’ were on a binger the entire night,” an insider told People. “They were prepared for this. The people she has been hanging around lately aren’t her real friends – they don’t have her best interests at heart. She’s pushed her true friends away.”

Gwyneth Paltrow’s Goop Is Now Worth $250 Million (New York Times)
Paltrow recently spoke at Harvard Business School, sharing her company’s philosophy with the students and breaking down its success. When asked by students to address charges of elitism that are often brought against her and her company, Paltrow said: “It’s crucial to me that we remain aspirational. Not in price point, because content is always free.” At the same time, the things Goop is making — clothing, creams, oils, etc. — can’t be made cheaply. “Our stuff is beautiful,” she said. “The ingredients are beautiful. You can’t get that at a lower price point. You can’t make these things mass-market.”

Gigi Hadid and Alexander Wang to Appear in 2019 Pirelli Calendar (Vogue)
The 2019 Pirelli Calendar is being shot by Albert Watson and stars a cast that includes ballet dancer Misty Copeland, French actress Laetitia Casta, supermodel Gigi Hadid, and surprise surprise, designer Alexander Wang. “I’ve worked with Albert on our campaign and so he was actually the one that initially asked me,” Wang told Vogue. “I was really taken aback. It’s such a prestigious project, and and it was such an honor to work on the calendar with Albert and the entire team.”

Faye Dunaway Appears in New Gucci Commercial
The commercial finds Dunaway signing headshots, rejecting a small pizza, playing tennis in a cream velour track suit, and eventually gifting one of the brand’s famous “Sylvie” bags to her assistant/daughter/granddaughter/I don’t know what. The girl is decked out in multiple full Gucci looks throughout the commercial, so it’s hard to imagine she doesn’t already have a closet full of Sylvies, but still, it’s the thought that counts. Lucky her.