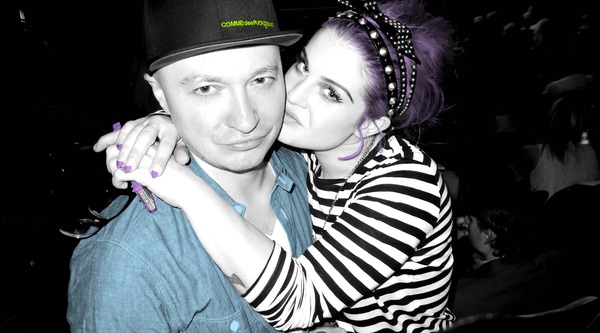 All we’ll tell you about Cosmo gatekeeper Sergio Kletnoy’s week is that it has nothing to do with Joanna Coles this time around, and absolutely everything to do with his favorite woman on the planet: The Queen! (And not the truly British one.)

Monday
Seeing Madonna tomorrow, everything else is irrelevant.

Tuesday
Two invites. One evening. What to do? Did I mention that one was for an intimate dinner with Australian pop princess Kylie Minogue, and the other for the Cinema Society and Dolce & Gabbana hosted EPIX world premiere of Madonna: The MDNA Tour, followed by a Q&A and after party with THE QUEEN OF F***ING UNIVERSE, my lucky star and goddess Madonna. Seriously, seven days in a week and two of the biggest female icons have to throw events on the same night? What’s a boy to do? Has this cloning thing been mastered and perfected yet? No? Major problem. It was so Sophie’s Choice, until I convinced myself that I could do both if one starts on time and the other runs a little late…

So I rushed to Meatpacking District for a 7:30 dinner with Kylie at the Spotted Pig. Two cocktails in, 7:30 p.m. turns to 8:15 p.m. Kylie was late. I finished the Grey Goose and cranberry, excused myself, and jumped in a cab. Madonna was waiting, and although I love Kylie, Queen M ALWAYS takes priority. I asked my driver to pretend he was Steve McQueen in Bullitt and put the pedal to the metal. I also promised him a bigger tip if we get to Paris Theatre in 15 minutes or less, as he raced past busy streets, angry New Yorkers and overzealous out-of-towners. When we pulled up to the pandemonium outside of Paris Theatre I jumped out and was whisked away passed the velvet ropes, red carpet and Salman Rushdie. My friends Courtney and Melissa were waiting for me in our seats; not shockingly, Madonna was running a little late. For anyone else I wouldn’t tolerate it, but for Madonna I always do. Plus it gave me plenty of time to catch up with my fave purple hair bad ass and Cosmopolitan’s July cover-girl Kelly Osbourne, who was sitting a few rows away from me. Moments later, Madonna’s boyfriend Brahim, daughter Lola, son Rocco, and Madonna walked in to a thunderous applause. Lights went out and for the next two hours I was transformed back to my three exhilarating experiences at the MDNA tour, or as I referred to it “The Greatest Show On Earth”. After the screening Madonna, decked out in a Tom Ford men’s suit and top hat, took the stage for a Q&A. Fun fact: Madonna told us that her Marlene Dietrich inspired look and Paris Theatre hold a special place in her heart as Marlene cut the ribbon at the opening back in 1948. M was funny, charming and incredibly happy during the Q&A, after which we got an exclusive preview of the #secretproject she’s working on with Steven Klein.

We rushed out of the theater, straight to the after party at Harlow, where Courtney, Melissa, and I partied with Kelly O, had an encounter with John Travolta (not what you’re thinking!) and Madonna’s BFF Debi Mazar. Amongst the invited guests, we spotted Riccardo Tisci, David Blaine, Zachary Quinto, Andy Cohen, Adam Lambert, Beth Stern, Rachel Roy, Sky Ferreira, Carol Alt, Nicky Hilton, Jenna Lyons and Ellen von Unwerth. But the only person who really mattered was Madonna, who was surrounded by friends and family only a few feet away in a booth. When I was re-introduced to THE QUEEN, I felt down on my knees to tell her once again how much I adore her. Never one to be fazed by anything or anyone, Madonna smiled, thanked me, and after exchanging a few more words I left her to enjoy this magical evening. My work here was done, I was happier than the $590 million powerball lottery winner and skipped home in the rain blasting Madonna from my headphones…

Wednesday
Madonna still on my mind… That’s all.

Thursday
Did I mention that I still miss being around Madonna’s aura… Well, I do… M, call me.

Friday
“Tears Always Win” by Alicia Keys; “Conversations” by Fyfe; “Treasure” by Bruno Mars; “Cold Front” by Laura Welsh; “You Know You Like It” by AlunaGeorge; “Ooh La La” by Britney Spears; “2025″ by Until The Ribbon Breaks; “A Tattered Line Of String” by The Postal Service; “Hold On” by Avec Sans; “Gun” by Chvrches; “No Strings” by Chloe Howl.

Terry Richardson's A Piece Of Cake