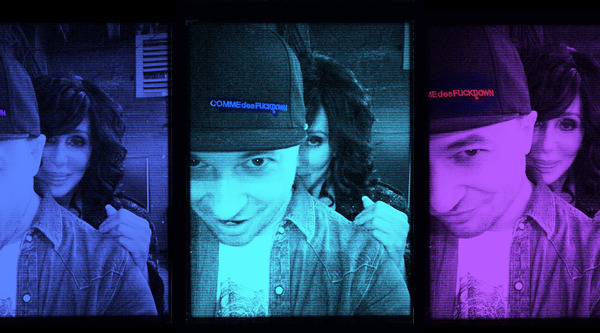 It was about time Sergio Kletnoy, assistant extraordinaire to Cosmo‘s Joanna Coles, hung with Madge and Cher in the same week. Take it away, Sergio!

What a week! While THE BOSS was changing the world with Chelsea and Hillary at the Clinton Global Initiative, followed by an evening as Valerie Jarrett’s personal guest at the United Nations General Assembly with Michelle and Barack, I spent this week with my own one-name-icons: Madonna and Cher.

Back in 1992 when I was 15 years old living in the Bronx with my mom, I remember watching Madonna on Entertainment Tonight as she arrived at the celebrity-filled party for her fantasy book Sex. Back then, for a Russian immigrant who moved to NYC at the age of 12 partying with my idol seemed like a far away dream. The woman who over the years taught me how to love without labels, fight for freedom of speech, see this world past color, religion and personal beliefs and never be afraid to express myself. Sometimes life works in mysterious ways, as 21 years later I found myself amongst the chosen few lucky enough to attend the party for my idol’s next chapter: secretprojectrevolution, an art film co-directed with M’s long-time collaborator Steven Klein. When I walked into the Gagosian Gallery in Chelsea I was surrounded by some of M’s most loyal fans and peers: Donna Karan, Zac Posen, Calvin Klein, Anderson Cooper, David Blaine, Zachary Quinto, Dsquared twins, David Blaine, legendary painter and photog Chuck Close and Lindsay Lohan. When Madonna’s ex, Sean Penn, walked past me I asked someone to pinch me as I thought to myself “How the f%&# did I get here?” A few moments later, Madonna, clad in a black trench, sheer signature gloves, luscious red lips, Veronica Lake golden hair, and gold grill appeared before us, demanding we sit our asses down on the cement floor (we all did) and talked passionately about this call-to-action film aiming to “further freedom of expression and protest persecution” as well as inspire change in the world through artistic expression. Whatever your opinion is about the Queen Of Pop, you can’t take away her impact on our culture, her never ending will to fight for freedom of expression, and endless pursuit of entertaining us and pushing our buttons. After the film, we watched her dancers perform to Kanye’s “Jesus Walks” and Billie Holiday’s “Strange Fruit” while images of intolerance, racism and injustice flashed across the screen. The highlight of the evening came when two men in police uniform dragged Madonna from the floor to the stage for a heart-wrenching performance, her take on Elliot Smith’s “Between The Bars” as her son Rocco gave a hip-hop inspired, Martha Graham-worthy performance behind her. Back in 2006 when asked by Q Magazine which song over the last 20 years she wished to have written, Madonna said “Between The Bars”. Twenty-one years ago I had a dream, the rest is history.

1992 was also the year I first saw Cher’s CBS TV special Extravaganza: Live at the Mirage. (It wasn’t really live, as it was filmed back in 1990 but that didn’t matter.) The glitz and glamour of the other one-name icon in my life was mesmerizing. I was fascinated by everything she did: from movies to music, to her style and ever-changing hair, to the infomercials which I watched as if they were Oscar-winning documentaries, to her no bullshit attitude and the mantra to live her life by her own rules. So when I received an invite, in Cher’s handwriting no less, asking me to join her at the new TAO Downtown for a party celebrating her excellent new album Closer To The Truth, I went into fan-girl mode for about 15 minutes. Fast forward to Thursday, I arrive at TAO at 7 p.m. on the dot, take a seat at one of the plush couches near a group of familiar faces (Alicia Quarles from E!, Dennis from Liz Smith’s office, Ian Drew of Us).

The room started to fill up with die-hard Cher fans, go-go boys and drag queens. At one point a pretty good Cher impersonator fooled most of the people in the room, except for me. I knew that the real Cher wasn’t going to show up to her own party in “If I Could Turn Back Time” drag. A few moments later the real Cher arrived and complete pandemonium began. I was pushed, shoved, hit, slapped, and bruised as every single person in the crowded room made a bee-line for the legend standing a foot away from me. After hanging in VIP for about 10 minutes, Cher made her way to the DJ booth, cracked a few jokes and excused herself. She has been up since 4:30 a.m. and needed a little rest.

Out of nowhere, Liz Rosenberg’s right hand, Nadia, rushed over and grabbed my hand and like Kevin Costner in The Bodyguard pushed through the crowd and out of the venue behind Cher and her bodyguards. When I finally made my way to the back I was introduced to the myth, the legend, the icon herself. In my head I have always planned to do my impersonation of her (a hybrid of Jack from Will & Grace and Kathy Griffin as Cher), tell her that I listen to “Love Hurts” from her 1991 album daily and worship the ground she walks on, but instead I smiled, dropped to my knees and said “I have waited to meet you since 1992, I love you”. She kissed me, thanked me and smiled. Oh yeah, I also managed to get a photobooth photo, and within 10 seconds Cher disappeared into the night.

Have a great weekend, I’ll be back with more next week, until then follow me on Twitter at @SergioKletnoy and be sure to check out Madonna, Cher and the rest of my faves below.

OBSESSED:
“I Can’t Describe (The Way I Feel)” by Jennifer Hudson & T.I.

“Down On Life” by Elliphant

“I Hope You Find it” by Cher

“Hold On” by Drake

“You’re Not The One” by Sky Ferreira