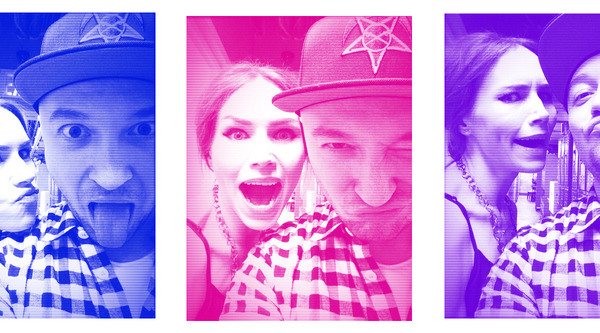 It’s been another busy week for Cosmo‘s dearly beloved, Sergio Kletnoy. Aside from chasing down Joanna Coles, he found time to hit (yet another) movie screening, pal around with The Cardigans’ Nina Persson, and get camera ready for The New York Times. And, of course, he’s pointed out a few more songs to add to your winter play list!

Once again I felt like Wile E. Coyote trying to catch up to The Road Runner (a.k.a. JoCo). Every single time I was near, she was ten steps ahead! From her umpteenth trip to the White House to hosting a major dinner with a Nobel Peace Prize winner to numerous breakfast, lunches, and dinners…THE BOSS was unstoppable. I of course, had my own fun.

On Wednesday I attended a super intimate performance from one of my all-time fave singers Nina Persson of The Cardigans at the finger-lickin’ good Red Rooster restaurant in Harlem. Nina’s voice is as smooth as Land O’Lakes butter and always puts me in the best mood. If you only know the band for the 1996 monster hit “Lovefool”, you are missing out on Nina & Co.’s incredible catalog of timeless pop tunes. I remember it as if it were yesterday, hearing one of the bands first songs called “Carnival” and totally crushing on the adorable blonde Swede. Of course, I got to meet her after the show and she was even more lovable in person. After a few minutes of making her blush, I kissed her hand (despite what you might have heard, I am a gentleman) and excused myself. Nina’s first solo album Animal Heart will be out in January.

Oh, and my week ended with a photoshoot for The New York Times! But I can’t say anything else until it’s out…have a great weekend and be sure to check out my fave new songs below. I’ll be back next week, but until then be sure to follow me on Twitter @SergioKletnoy.

“Empire” by Kids Of The Apocalypse

“Hold On” by Colbie Caillat

“Love Is The Answer” by Aloe Blacc

“Sleepwalking” by The Chain Gang of 1974

“Crying For No Reason” by Katy B

“Love Is To Die” by Warpaint

“No Gun” by Naomi Piligrim