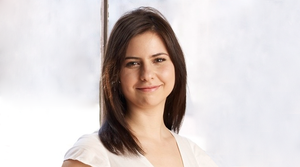 (NEW YORK) SELF has appointed Adina Steiman as their new features director, succeeding Carin Gorrell, who left the publication in October to become the editor-in-chief of Yoga Journal. Steiman was previously the food and nutrition editor at Men’s Health for four years, where she oversaw the food coverage for both print and online and worked with other staff to create food videos, microsites, and iPad special features for the publication. She has also regularly appeared on Fox News and shows like Bizarre Foods With Andrew Zimmern. Prior to Men’s Health, Steiman was a senior editor at Martha Stewart Living Omnimedia’s Everyday Food.

Steinman won two James Beard Awards in 2013 for Food Coverage in a General-Interest Magazine and Cooking, Recipes, and Instruction. “As an award-winning editor and writer, she will continue to make SELF‘s diet and health coverage btoh informative and fun for our audience of 12 million readers and digital users,” said SELF editor-in-chief Lucy Danziger in a statement. In her new role, Steiman will edit all food, nutrition, health, and careers and relationship content, including features, news, and digital coverage. Steiman’s new role is effective January 2nd.