Sara Sampaio on Her Beauty Obsessions, Dorky Side, and Mod Squad 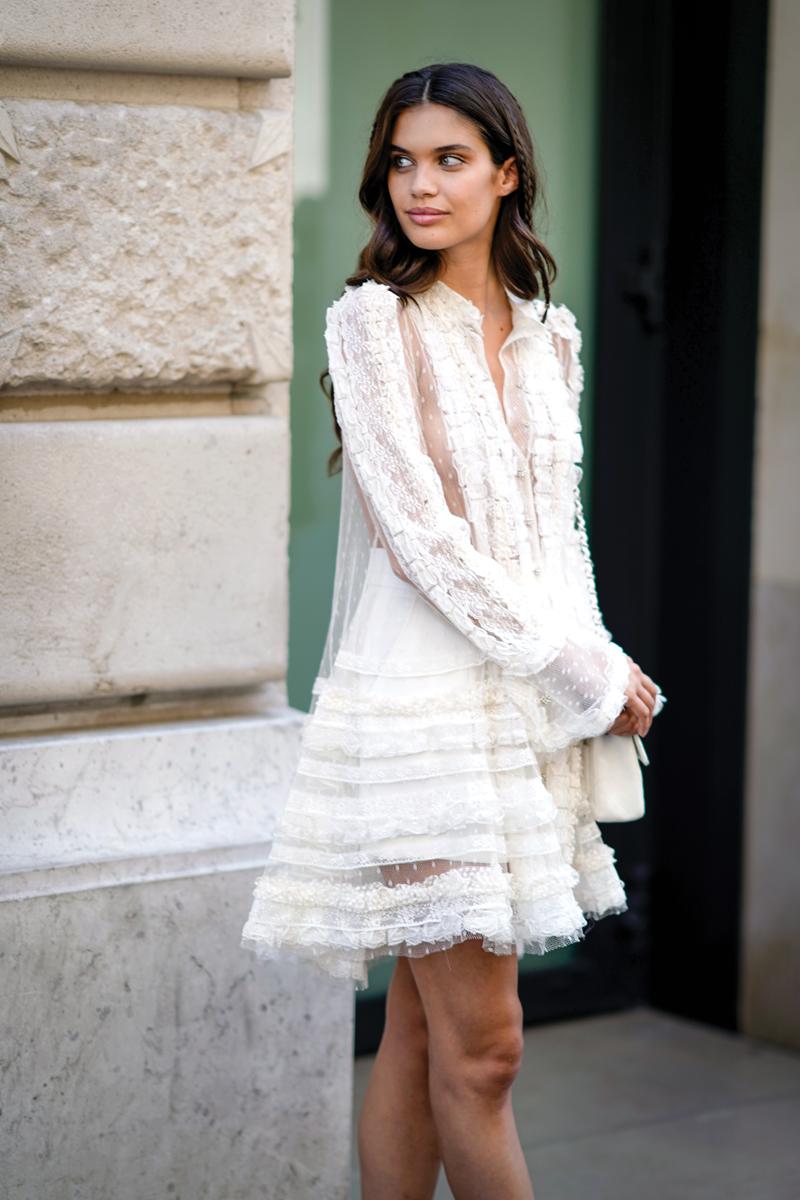 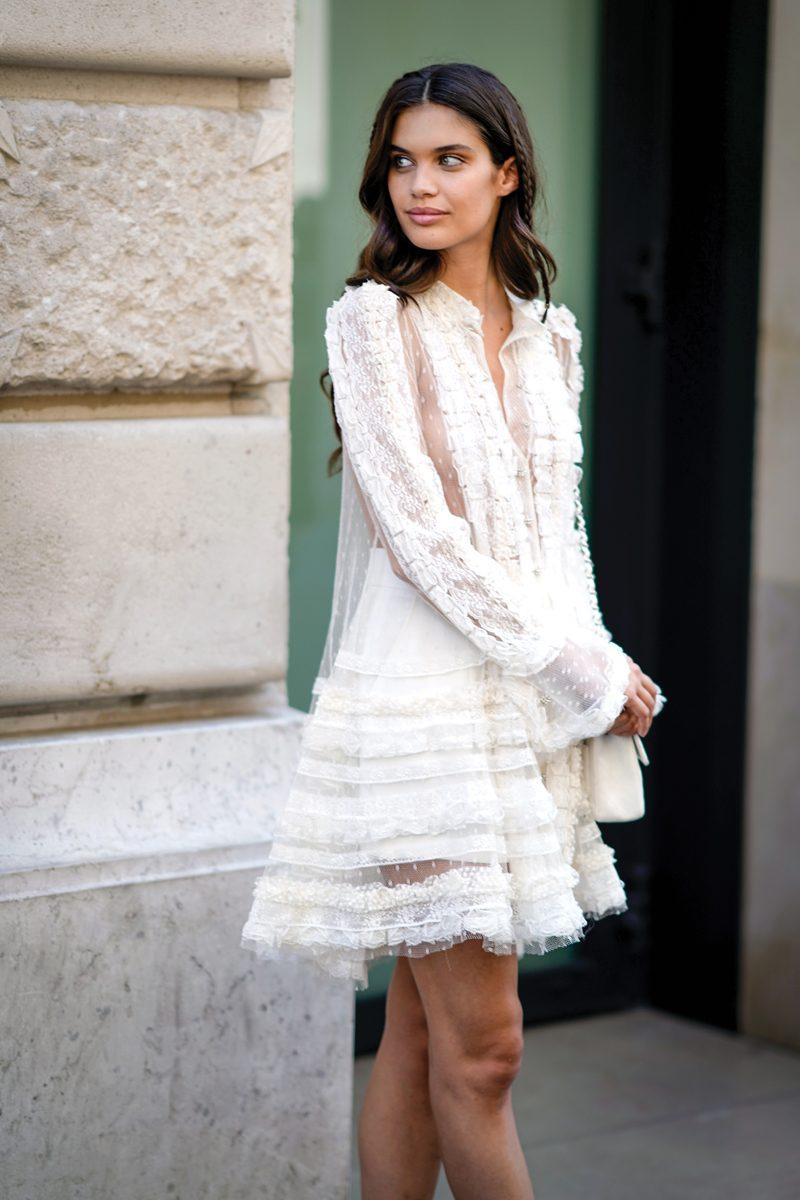 Ever since Victoria’s Secret gave Sara Sampaio her wings, she’s taken off as one of the most in-demand models in the business. While she’s known for her command of the catwalk and has made a serious splash as the official ambassador for Moroccanoil, Sampaio proves that beauty isn’t just skin deep.

What’s the biggest perk of being Moroccanoil’s ambassador?
I love to try skincare and makeup and hair products. Moroccanoil sends me all its new products, so I’ll learn new tricks, like putting SPF on my lips. It’s good for a day at the beach or even when you’re skiing or snowboarding.

You worked with Norman Jean Roy for the suncare campaign. What was that like?
It was such an easy shoot! We re-created the ocean in a studio. It was beautiful and really cool the way we played with mirrors.

Are there any photographers you’d still like to work with?
There are so many! Steven Meisel, Steven Klein, Inez & Vinoodh, Mert & Marcus. I’ve done the towel series, but I’ve never shot a whole day with Mario Testino, so I’d love to do that. There are so many new ones who are incredible, too.

Do you ever get nervous on set?
Of course! I try to always be bikini-ready, but I travel a lot and I get lazy. If I travel for a week or two, sometimes I work out only once or twice, and I’m not eating as healthy, like a lot of pasta, especially in Milan! I let myself go a little bit. And then all of a sudden I have a shoot for Victoria’s Secret, and I’m like, “Oh, noooo! I’m not ready!” I try to hide and put my hands in front of my stomach a lot when I’m not feeling as confident. But at the end of the day, it is what it is.

You’ve made several “sexiest” lists. What’s the dorkiest thing about you?
What isn’t dorky about me?! I’m not a sexy person in real life. I do weird stuff, and I don’t take myself too seriously. When I’m with my friends, we say stupid things all day long.

Why did your parents name you Sara?
I was supposed to be named Maria, but my cousin Maria was born a few months before me.

What’s the wackiest thing you’ve done for beauty?
It’s not wacky, it’s scientifically proven! I get cold sores like everyone else, especially when I’m sick. I was at a job in the middle of nowhere, and I had nothing with me and I got a cold sore. I was googling what I could do. I read that garlic is really good for it, so I gave it a try. I smashed the garlic, put it on, it burned like there was no tomorrow, but the next day it got a lot better! It smells horrible and burns a lot, but it really, really works.

Alongside Moroccanoil’s new suncare range, what are your summer essentials?
Face oils are amazing, and I always put Moroccanoil Treatment in my hair. For makeup, I keep it simple, so highlighter, mascara, sunscreen, and moisturizer. 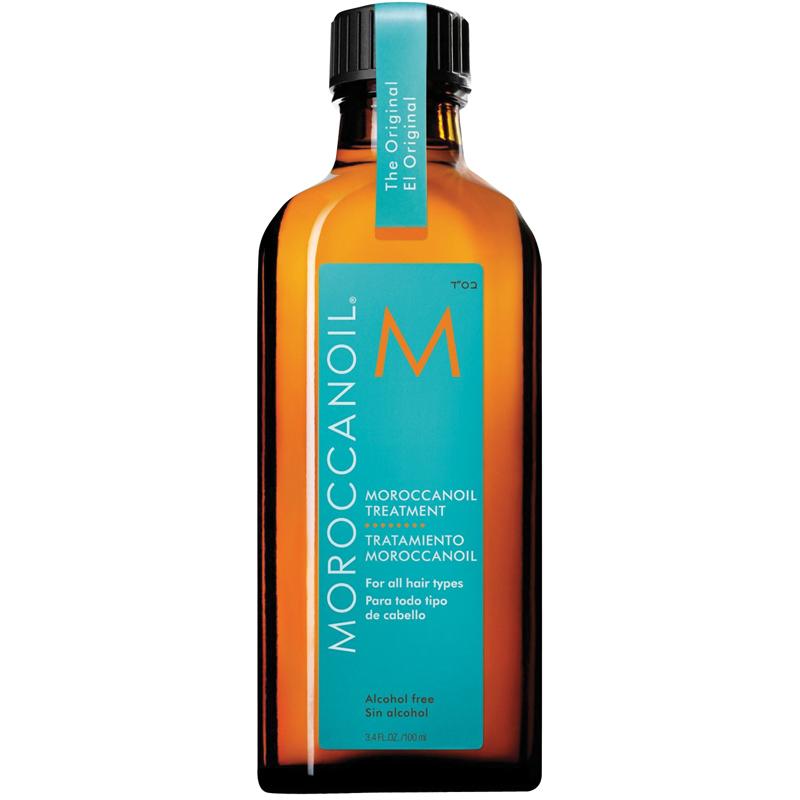 Where do you stock up on beauty products?
I literally lose myself at Sephora. I spend so much money there. I don’t need any of it, but I’ll try it, and then I end up with this big bill! I get more excited about buying makeup and skin products than clothes. I don’t even shop for clothes!

What would we be most surprised to learn about your beauty routine?
I never blow-dry my hair, not even in the winter. It’s not straight, but not too wavy. It’s a nice texture, but I need the right haircut and the right prep. I love Moroccanoil conditioner—it makes your hair feel silky. Then I use Moroccanoil Treatment, and towel-dry it, brush it, and let it be.

Which models do you hang out with?
My best friend, Sadie Newman, and I’m really good friends with Jasmine [Tookes], Lineisy [Montero], Josephine [Skriver]…all the girls, pretty much. I don’t get to spend as much time with my friend Shlomit Malka, because she lives in Israel now.

What are your hobbies these days?
I haven’t had a lot of time lately, but I’ve been taking acting classes, which has been really fun. When I’m not working, I tend to watch a lot of TV shows. I watch too much TV! Game of Thrones, The Americans, Modern Family, Grey’s Anatomy, The Originals, Lucifer, How to Get Away With Murder, Scandal. Did I say Modern Family? [Laughs] When I’m on a plane, I just binge-watch.

What were your summers like growing up?
Always at the beach! Every day for three months, I’d go to the beach with my grandma and brother and cousin. That’s all we did. When I got older, I started surfing. We didn’t do many vacations. We used to go to Spain, but when I got older, we stayed in Porto, [Portugal].

What’s your favorite beach?
That’s hard! I love Bora Bora and Hawaii for the aura and energy. If you have problems, they just go away.

Daphne Groeneveld Gets Cheeky on The Daily Summer