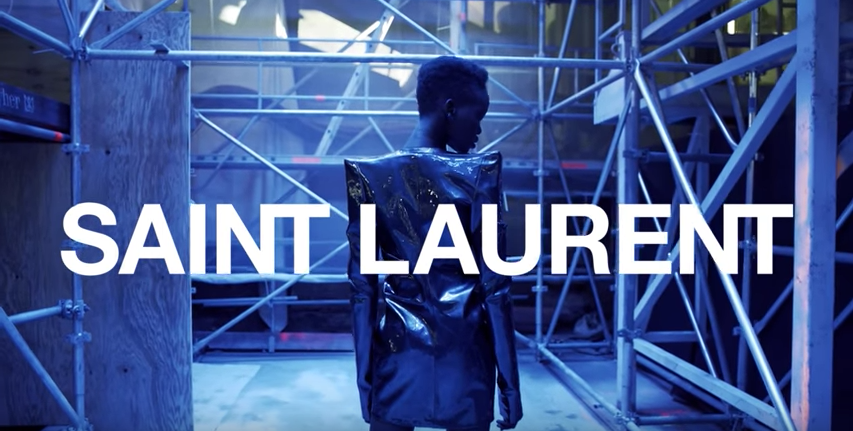 If you are mourning the end of fashion month, Anthony Vaccarello has a treat for vous! Today, Saint Laurent released a video showing its Winter 2017 collection in a different light. Filmed at 37 Rue de Bellechasse in Paris—where the French house’s showroom is currently located, before it relocates to Pentemont Abbey in 2018—it features a handful of mods from its runway, like Mica Arganaraz, Fernanda Oliveira, Binx Walton, and Louis Marizin, wearing the collection cast in a blue light and set to a soundtrack by Sebastian. Nathalie Canguilhem, who’s worked with the label in the past, directed the short. Check out the video below—six more months until next season, chéris!