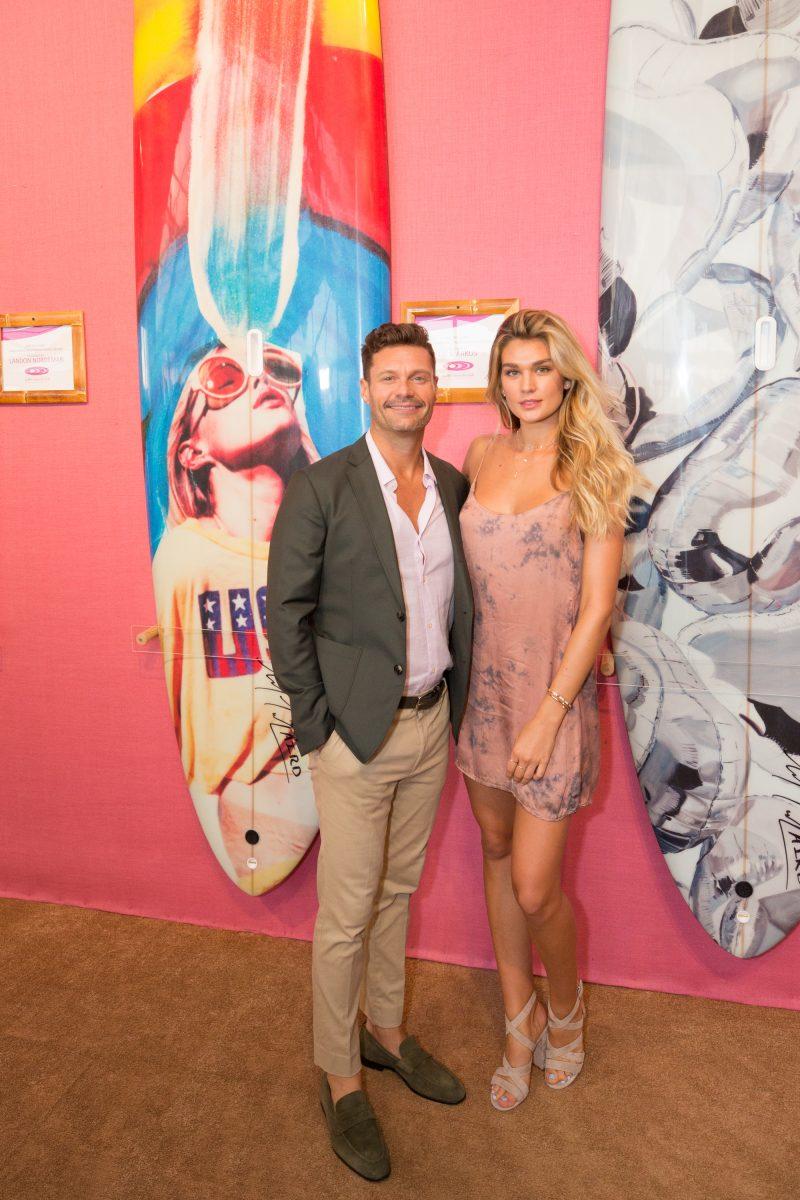 Hamptons socials reunited on Saturday night for the sixth annual Hamptons Paddle and Party for Pink, which raises money (nearly $2M this year) and awareness for the Breast Cancer Research Foundation (BCRF). Ryan Seacrest made his first appearance at the event at Fairview on Mecox Bay in Bridgehampton, following in the footsteps of Gwyneth Paltrow as host, and attended with his model girlfriend Shayna Taylor. The couple moved to NYC before the summer when Seacrest signed on for his hosting gig on Live with Kelly and Ryan. “When I learned that a woman is diagnosed with breast cancer every two minutes in the U.S., I was shocked,” said Seacrest on why he decided to get involved with the event. “We need to eradicate this disease and that’s what everyone in this room will help us do.”

The party followed the morning paddle race that took place earlier in the day in Sag Harbor. Despite the rain, supporters including Jimmy Buffett, Stacey Griffith, and Katie Lee came out to support the event. As always, the two-part summer event was co-chaired by Maria and Larry Baum, Lisa Pevaroff-Cohn and Gary Cohn, Kinga and Edward Lampert, and Jackie and Bippy Siegal. Also returning to the party—and the Hamptons—were Gabrielle Reece and Laird Hamilton. DJ Questlove headlined the night on the music front and was followed by Taylor Dayne who sang her classic hits like Tell It to My Heart and Can’t Get Enough of Your Love Babe. The sunset party topped off with a set by DJ D-Nice, introduced by Baum’s pal Tracy Anderson. While not dancing the night away, guests enjoyed an interactive de Grisogono candy bar as well as browsing the one-of-a-kind custom surf and paddle boards that were up for auction to fund breast cancer research designed by artistsand creatives like  like Mark Boomershine, Eric Cahan, Andrew Cotton, Nicole Miller, Lisa Perry, Lisa Pevaroff-Cohn, Donald Robertson, and more.