Rooney Mara: "I didnâ€™t try to be a style icon" 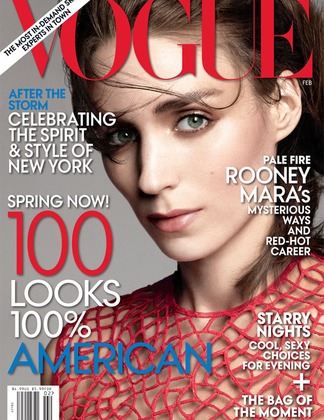 Last year at this time it was all about Rooney Mara, Rooney Mara, Rooney Mara, so it feels almost nostalgic to see her on the cover of the February issue of Vogue. Mara comments on all those red carpet moments she had while promoting her breakthrough role in The Girl with the Dragon Tattoo: “The thing is, it’s kind of an annoying part of the job—because I’m not a model, and I don’t want to be,” she reveals to Hamish Bowles. “I didn’t try to be a style icon. I’m just not that interested in that world. But it does matter, and either I can fight that or I just have to accept that it is a part of my job, and I may as well wear things that I like and that represent me.” Just a part of the job. Poor thing.

Best 8 Looks from The Tonys

The Hollywood Reporter Throws 35 Most Powerful...