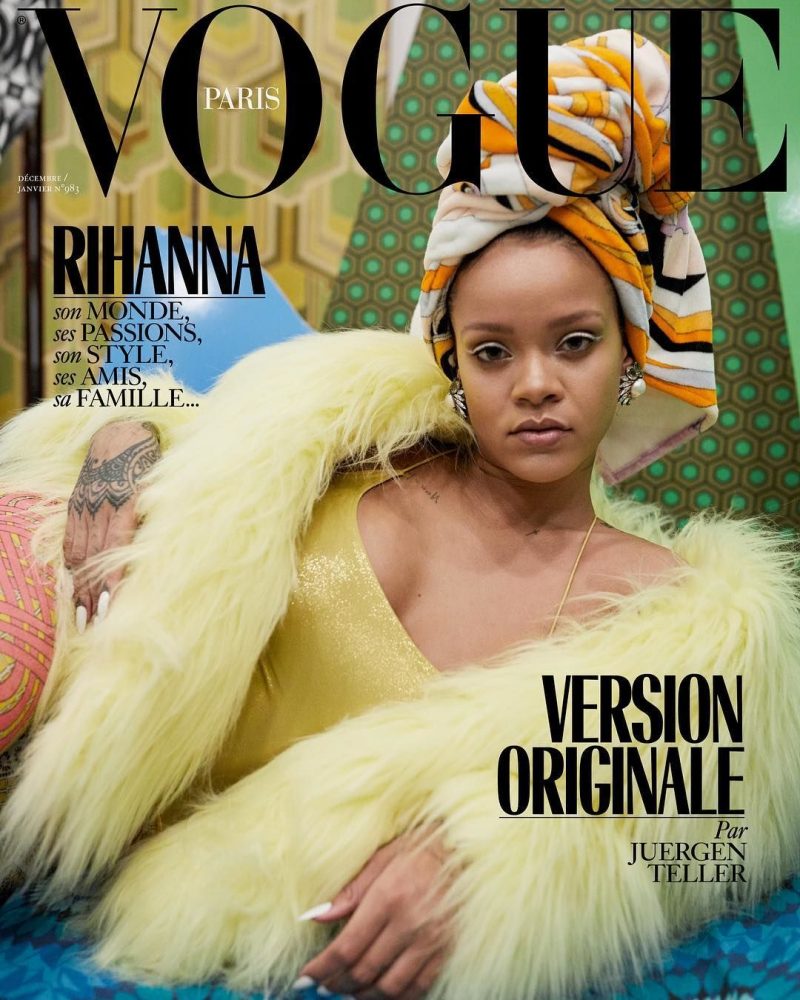 For Vogue Paris, one Rihanna cover is not enough! The French book just unveiled three separate covers for its December 2017 issue starring the superstar, lensed by Juergen Teller, Inez and Vinoodh and Jean-Paul Goude, all of whom showcased their signature styles and aesthetic for each edition. You also see different sides to Rihanna’s style—one in a yellow fur jacket with her hair wrapped in a Pucci towel, another in a Dior dress, and the final focusing on a Parisian chic hat.

Rihanna had another major role for the December book, in addition to being cover-star: RiRi served as the issue’s guest editor, where she got to choose her contributors including longtime stylist Mel Ottenberg. Rihanna is clearly pysched about how the covers turned out—she shared each cover individually on Instagram.

Check out the issue when it hits newsstands on December 1st.

Alessandra Ambrosio Is Hanging Up Her Wings