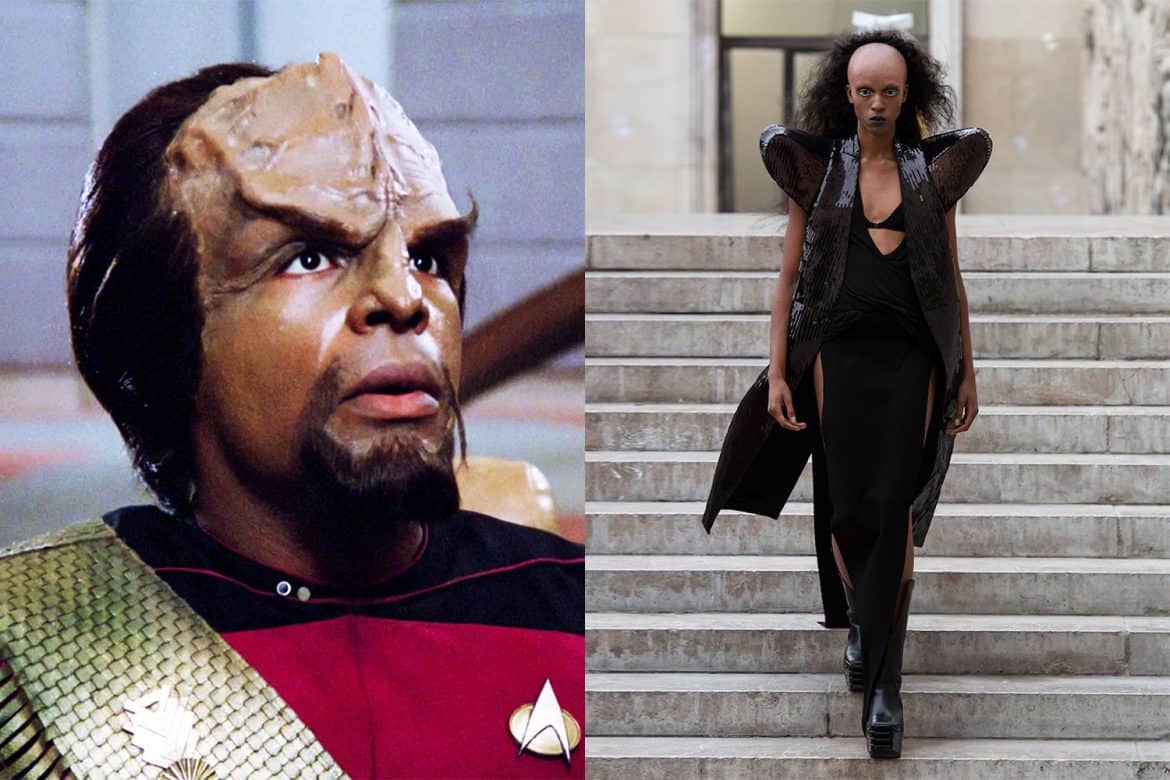 “Batlh pa’ Hoch latlh.” That’s Klingon for “Honor before all else.” All else except FASHION, of course!

Rick Owens looked to a galaxy far far away for Spring 2020. No wait, that’s Star Wars. Rick Owens boldly went where no one has gone before. Yeah, that’s the ticket! Space: the final frontier. Star Trek, but make it fashion. And starring the winners of Klingon’s Next Top Model, no less. (Although, actually, we should probably say Q’onos’ Next Top Model, since that is the name of the Klingon homeworld — thanks, Wikipedia!) 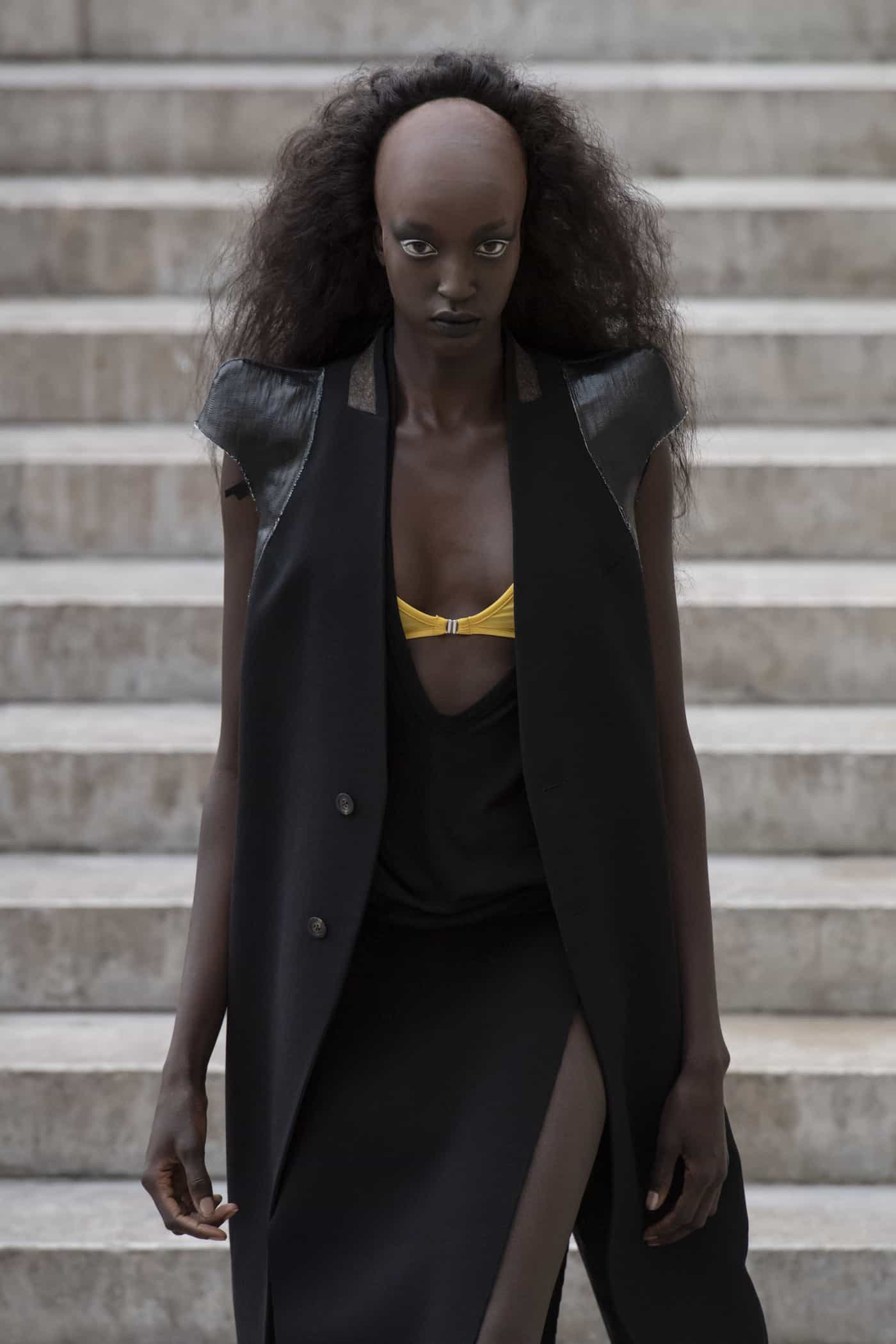 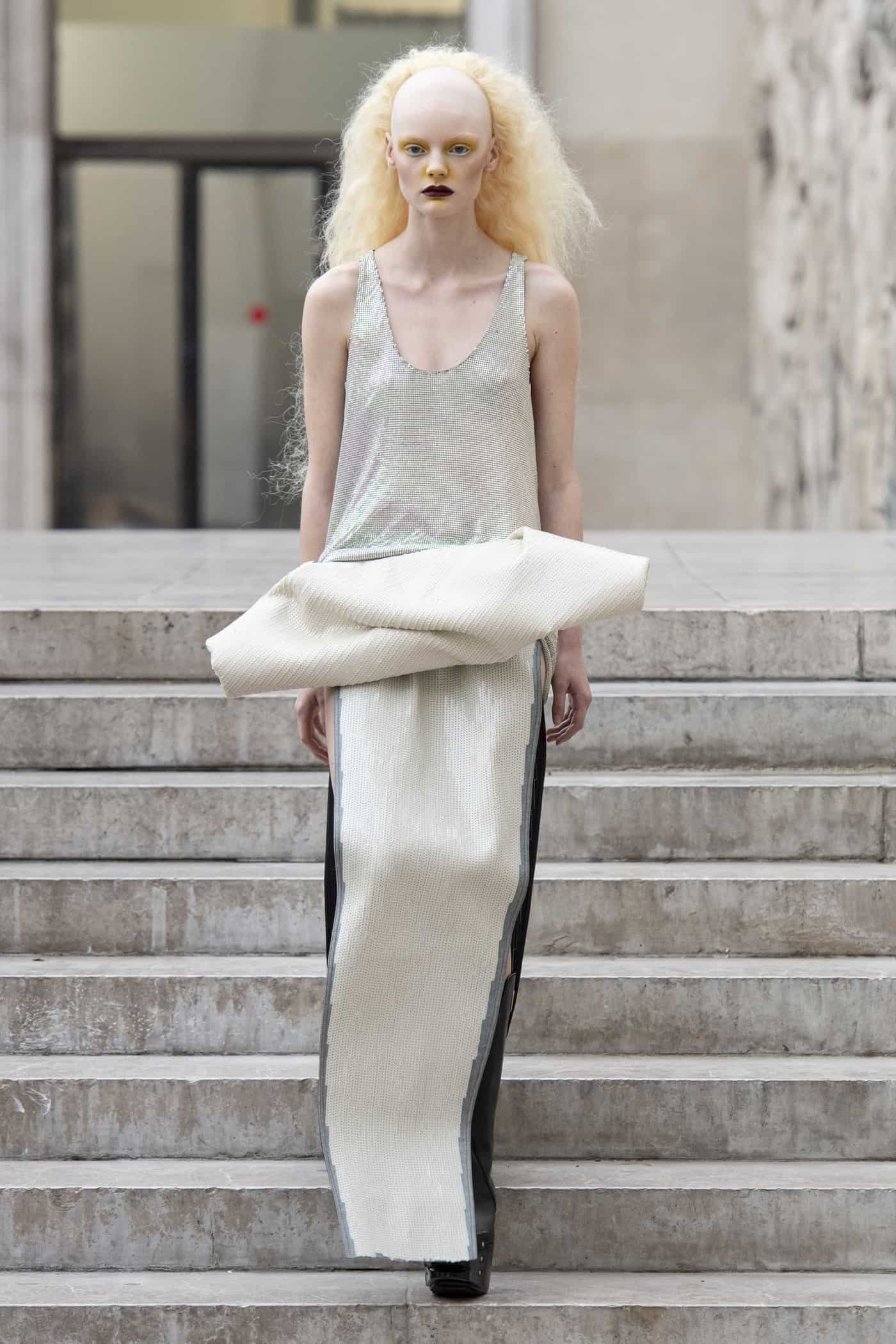 Anyway, the point is that earlier today, Rick Owens put on his semi-annual women’s fashion spectacle in Paris where he showed a handful of of his looks on models wearing wigs that made them look like Klingon warrior princesses, albeit not so busty. 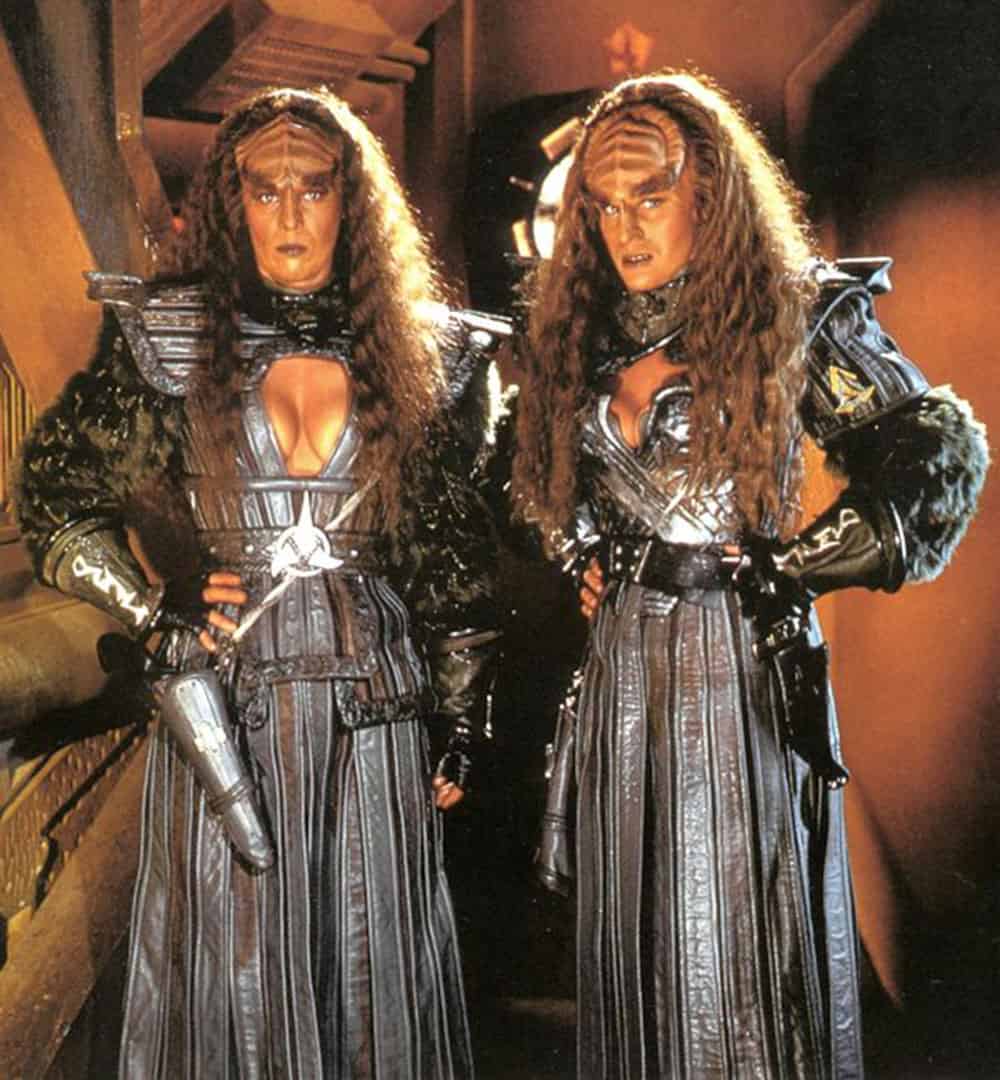 Given that this is Rick Owens we’re talking about, there was probably some sort of high-minded metaphor at work here, but let’s be real, these ladies, with their bald caps, crimped blowouts, and black lipstick look like Klingons. Whatever else he might have been going for, the resemblance is there and there’s no walking it back now. 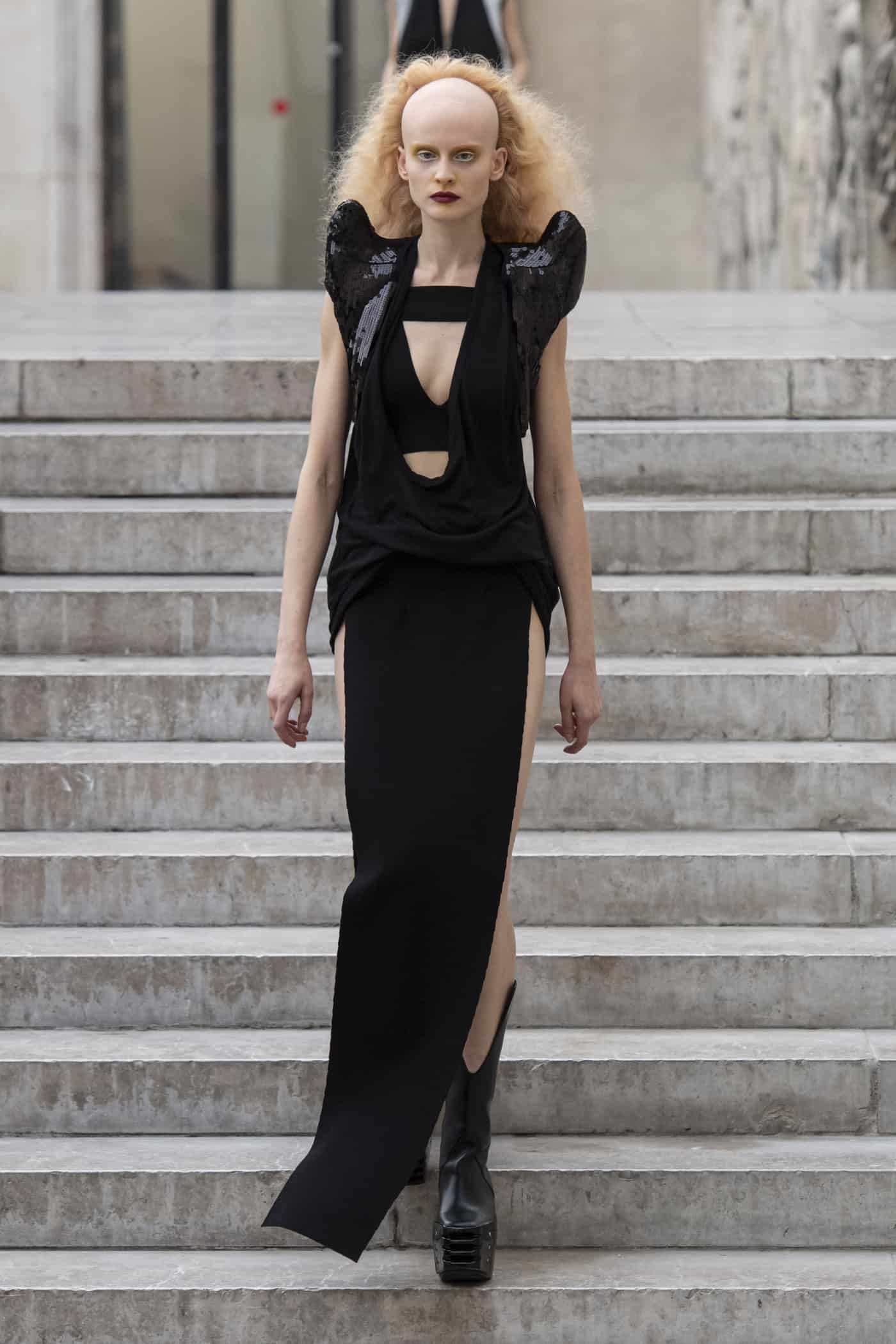 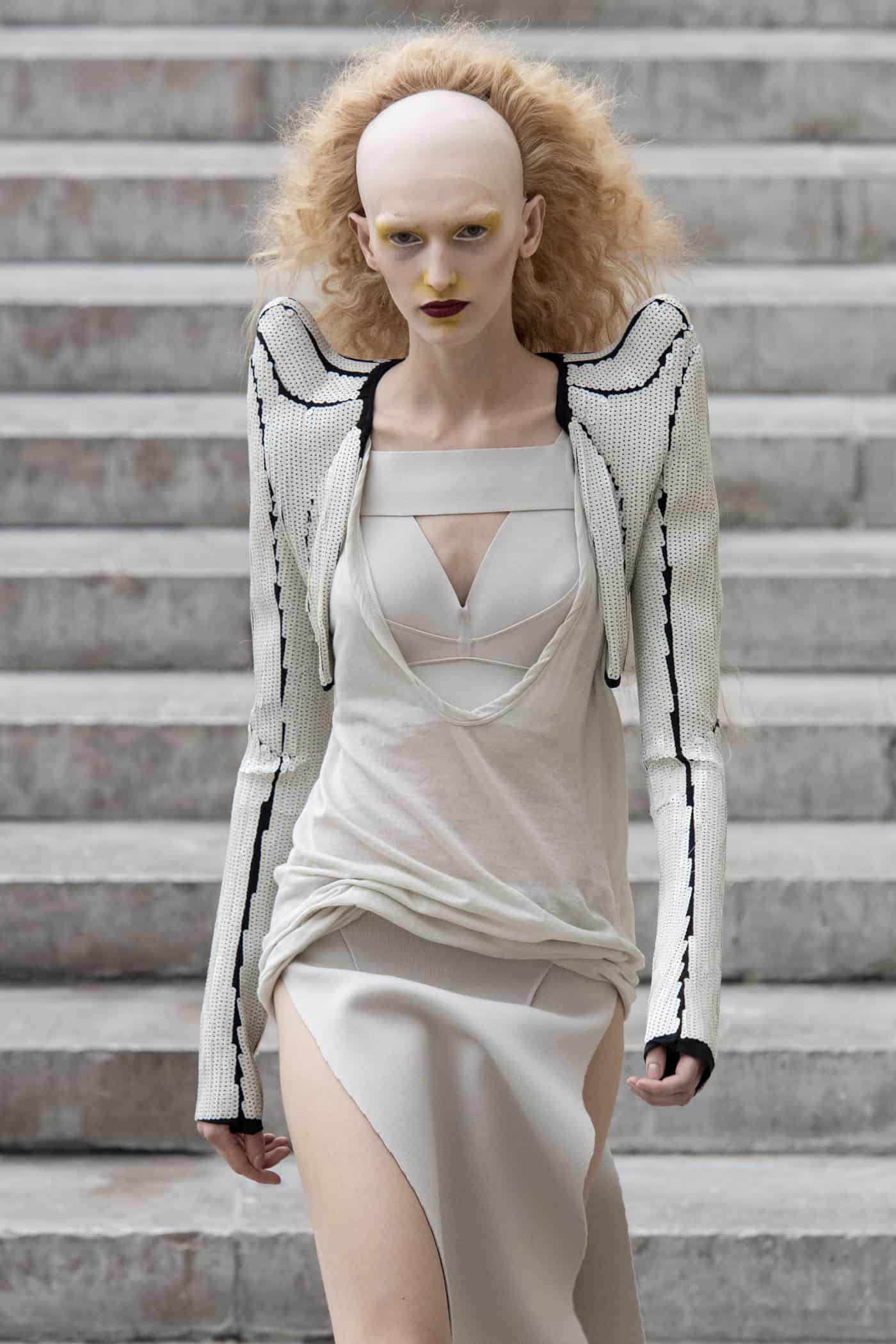 Then again, this being Rick Owens, maybe Klingons were exactly the reference he was trying to make, even if he didn’t say so explicitly in his show notes. I don’t have his show notes, so I can’t say one way or the other. And who really cares anyway, because the fact is, they look the way they look.

At least wealthy Trekkie cosplay enthusiasts finally have something to wear to their upcoming galas. If you think about it, there is probably a lot of overlap between Rick Owens nerds and Star Trek nerds. And even if the group isn’t that big, it is certainly underserved. Their need might not be big enough to keep the market going for long, but they’ve certainly got the buying power to make a go of it for one season. Probably. Maybe. I don’t know. And really, who cares! Just sit back and enjoy the show! QuvHutlhHoHboghtlhIngan ‘ach qabDaj ‘angbe’bogh! 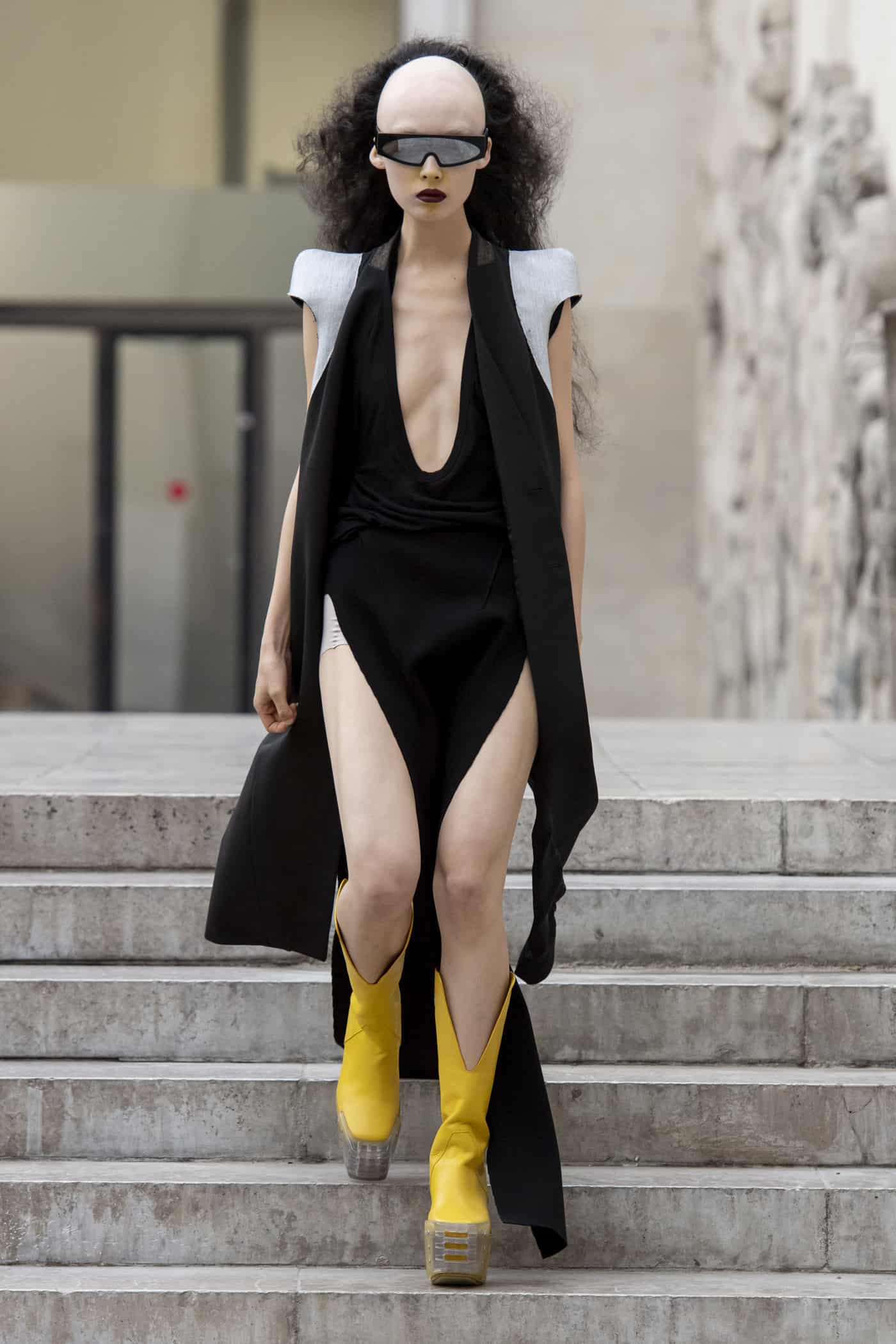 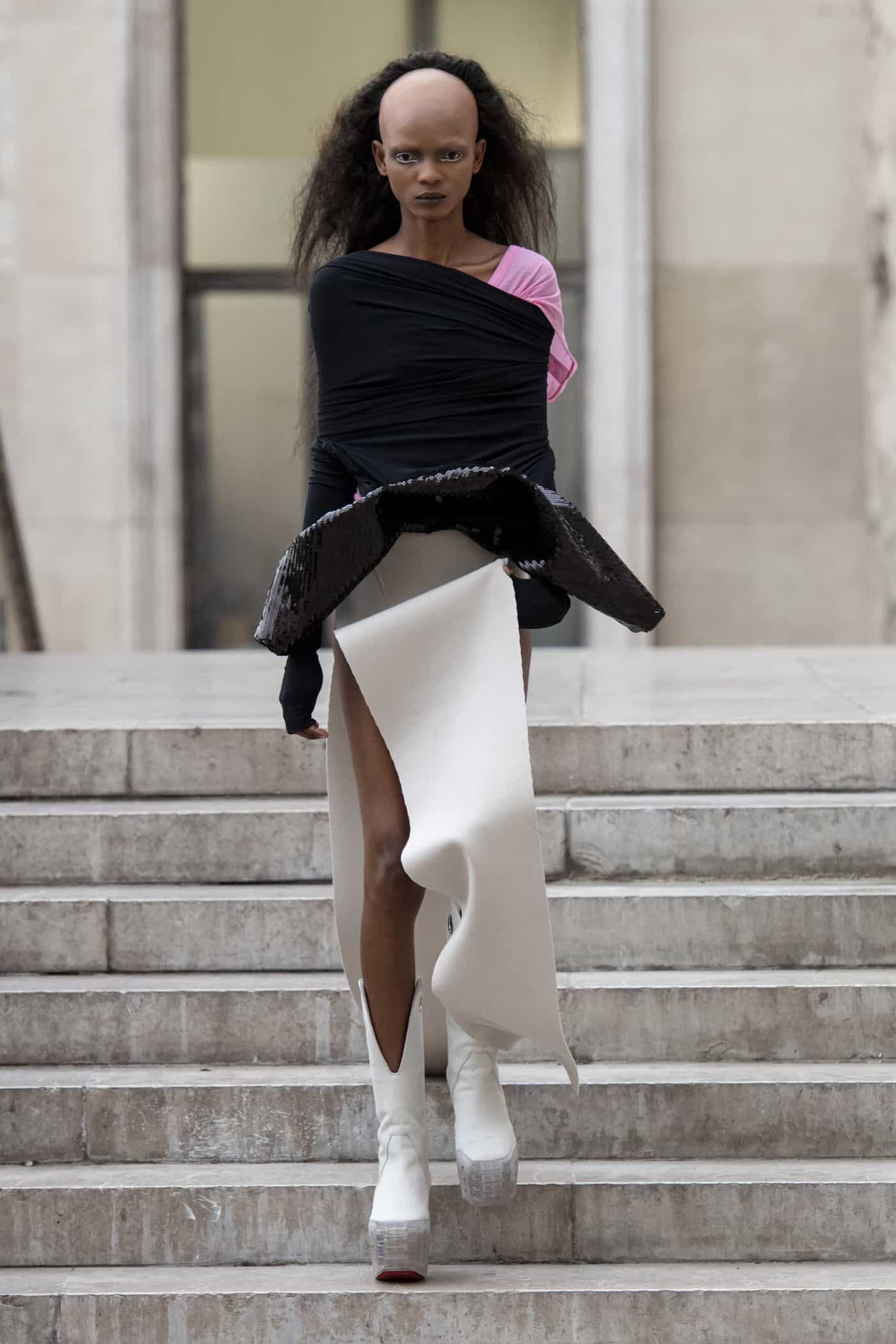 The Ann Demeulemeester Collection Is Perfect for Office Goths