Raf Simons on Time, His Biggest Influences, and Calvin Klein 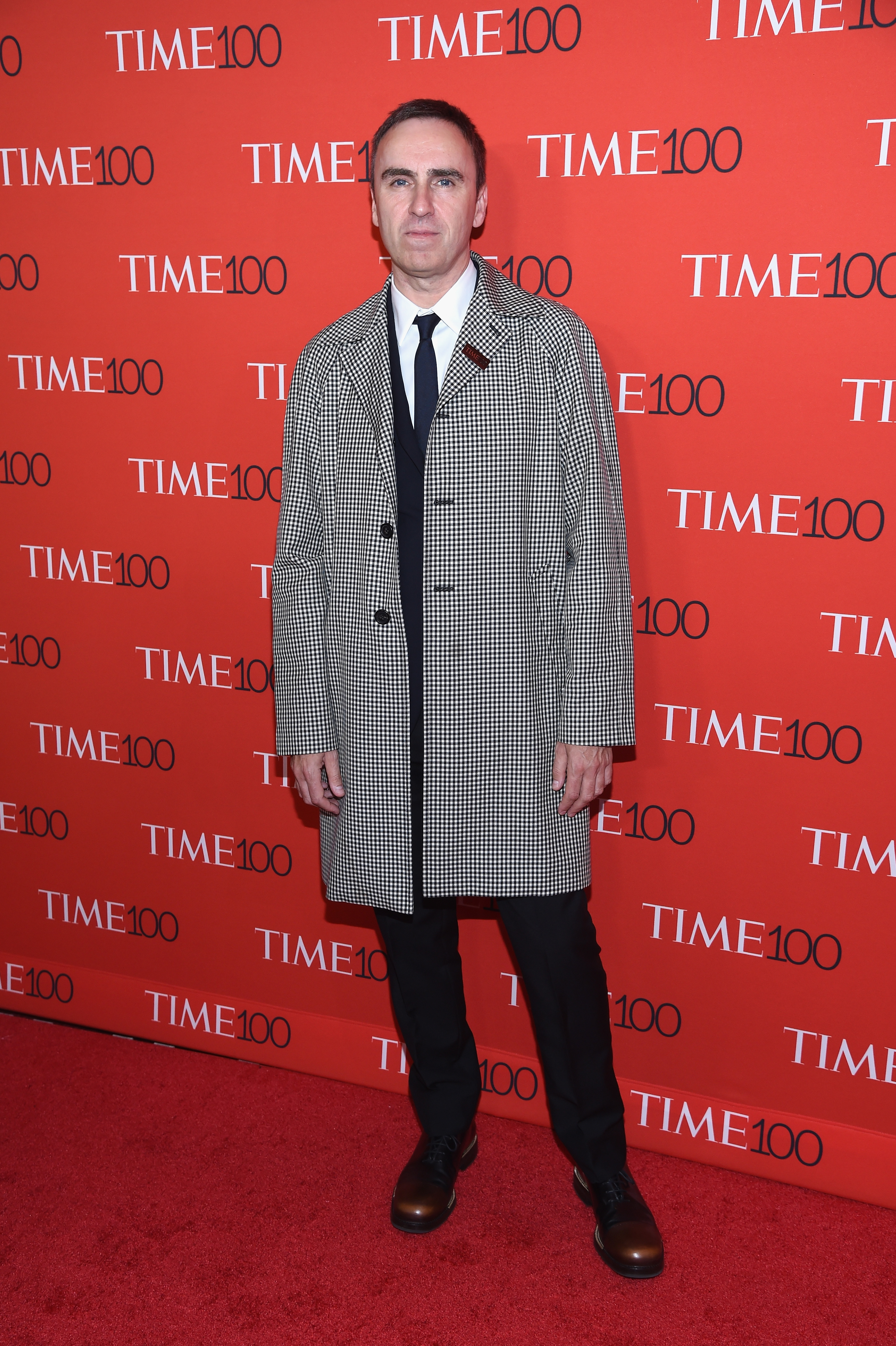 In a time when designer moves and fashion house shake-ups have become the norm, perhaps the most followed story was Raf Simons’. After Simons resigned as creative director of Christian Dior in October 2015, the industry was buzzing about where he’d take his talents next. Then, last August and after months of silence, Calvin Klein announced that Simons would be taking on chief creative officer duties, and he debuted his first collection for the house at NYFW last February. So it’s no wonder TIME listed him as one of its 100 most influential people, with just one other designer on the list, Gucci’s Alessandro Michele. Simons walked the tapis rouge at TIME 100 last night, and we checked in!

How timely are you?
[Laughs]. Well…you have to be in this job.

What’s your favorite time of day?
I’m a night person, but it depends where I am and which day it is.

Who are some of your biggest influences?
The list can be so endless. There are so many people—Barry Jenkins who’s here tonight, Rosa Parks, Helmut Lang, and Miuccia Prada are a few.

How do you react to the praise you’ve received since joining Calvin Klein?
I’m very thankful. It’s a very good feeling to know that people believe in what I’m doing. It gives me a lot of energy. I’ve always felt a great support system. I don’t think I could do what I do without that. It’s all about the audience acting and reacting. I need that.

What was the best time in your life?
I always look ahead into the future.

The New Yorkers For Children Benefit Kicks Off Spring with Selita Ebanks, Donald Robertson, and More!