Publicists Dish About The Rules Of Borrowing 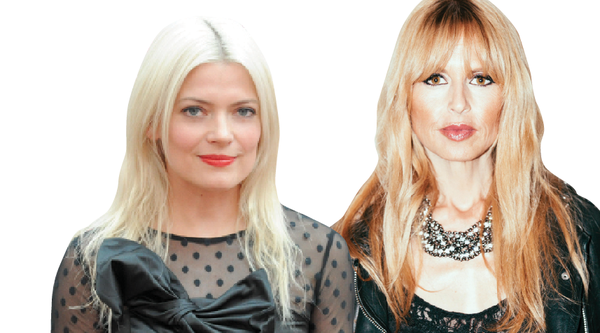 (LOS ANGELES) Time for another gem from The Daily’s inaugural Hollywood Issue that you might’ve missed in the Oscars fracas and tail end of Paris Fashion Week. If you dream of conquering the world’s best-dressed lists, make sure you hire a stylist who plays the game. It also helps if you’re courteous about borrowing clothes. Don’t be ungrateful, darlings! Stars rise and fall every day. We asked five top fashion publicists to weigh in on the do’s and don’ts of celebrity borrowing.
BY PAIGE REDDINGER

BORROWING 101
RULE #1: Don’t expect a brand to dress your entire entourage.
“Some stars are so out of touch with reality. They want you to dress their girlfriend, their mother, and all their pals, none of who are even sample size. They roll into the showroom 10 people deep like it’s a store at the mall. That used to happen with a certain Grammy winning British rock band. To them, we’re no different than sales clerks.”

RULE #2: Get a good stylist…
“The bigwig stylists are everything. Rachel Zoe is still a stylist at the top of the list. She has a lot of important girls. Kate Young is another biggie. Elizabeth Stewart is another, and she’s such a sweetheart.”

RULE #3: …but be careful about how she plays the game.
“It’s a personal annoyance when a well-known stylist is asking to borrow for some C-lister, but never calls for her A-list clients. Or, even worse: When they borrow for an A-list client, but then you see it on their C-list client. That’ll get you blacklisted!”

RULE #4: Know your place on the fame ladder.
“For some there are no rules. If it’s Natalie Portman then they’ll make her whatever she needs. They’ll go so far as to make her non-leather shoes, because she’s a vegan. There are people that you have to cut off because it’s not worth your time and not worth sending clothing to them, because they don’t end up wearing it or you don’t get a press shot of them wearing the clothing.”

RULE #5: Expect a brand to let you know if someone else has worn a dress first.
“Double dressing is no bueño for anyone, ever. A good brand will be very transparent about who has worn something and to what event and in what country. If the second celeb and stylist doesn’t care, I’ll go to the first celeb and ask them, because it’s both of them that’ll be thrown into a “Who Wore It Best?”

RETURNING 101
RULE #6: You don’t have to dry clean the garment, but if you’ve had a wild night it’s considerate.
“Sometimes when someone insists on dry-cleaning before a return I wonder what the heck happened to make them go so out of their way. I appreciate it most when they call and are like, ‘I went to the event and then to this after-party and it kind of reeks of cigarettes.’ Then I’m like, ‘Thanks for telling me!’ Usually stuff doesn’t come back cleaned, though. If you pick it up from the celeb directly instead of their publicist or agent then you’re lucky if you even get it back in a garment bag.”

RULE #7: If you’re going to destroy it or leave behind evidence, prepare to pay for it.
“Once a dress came back with yellow pit stains. Gross! Bodysuits returned with blood in the crotch are another classic. The 8-ball found in the side-zip of a python clutch took the cake, though. An A-list celeb once wore a floor-length dress that was the only sample we had to another star’s wedding. Halfway through the wedding, she cut it into a cocktail dress. We looked at Getty Images the next day and were like, ‘She wore the dress!’ Then we got to a full-length photo and were like, ‘Oh my god! Why is it so short?’ But because of who she is, she can do whatever she wants. If it was someone else, we might send an invoice. The tuxes usually come back reeking of cigarettes. A certain very famous TV star on a popular New York-centric show once returned a suit with some, uh, unknown substance on the pants and the hem of the jacket. One time I found Phil Collins’ email address in a pair of pants. You find really weird stuff.”

RULE #8: Don’t expect to be gifted.
“Given that 85 percent of the time talent is borrowing evening looks, they seldom ask to keep things, but up-and-coming designers are more willing to allow people to keep their designs. If someone wears it, it’s not going to be re-loaned on my end, so if a VIP is photographed in it and loves it, it’ll likely be gifted. But I’m most inclined to gift it to the VIP when they offer to buy it first. When a certain A-list star that was part of a very famous trilogy first became a star, we never saw anything back—it was really stressful. I used to get in screaming matches with his stylist.”

RULE #9: Return within a week’s time or publicists will come after you.
“I would always insist I get it back to the brand within 48 hours. If something’s gone unworn, late, or ruined, we’ll enter invoice territory. If we don’t invoice, we’ll talk about the next opportunity to make this better for everyone.”

RULE #10: Don’t make excuses when you fail to return an item.
‘‘I already sent it back to you’ is the most annoying lie. Sometimes they’ll claim they never even borrowed it! Then you just have to email them a picture of them wearing it. Total fail.”

The Albright Fashion Library Takes Their Goods To FIT