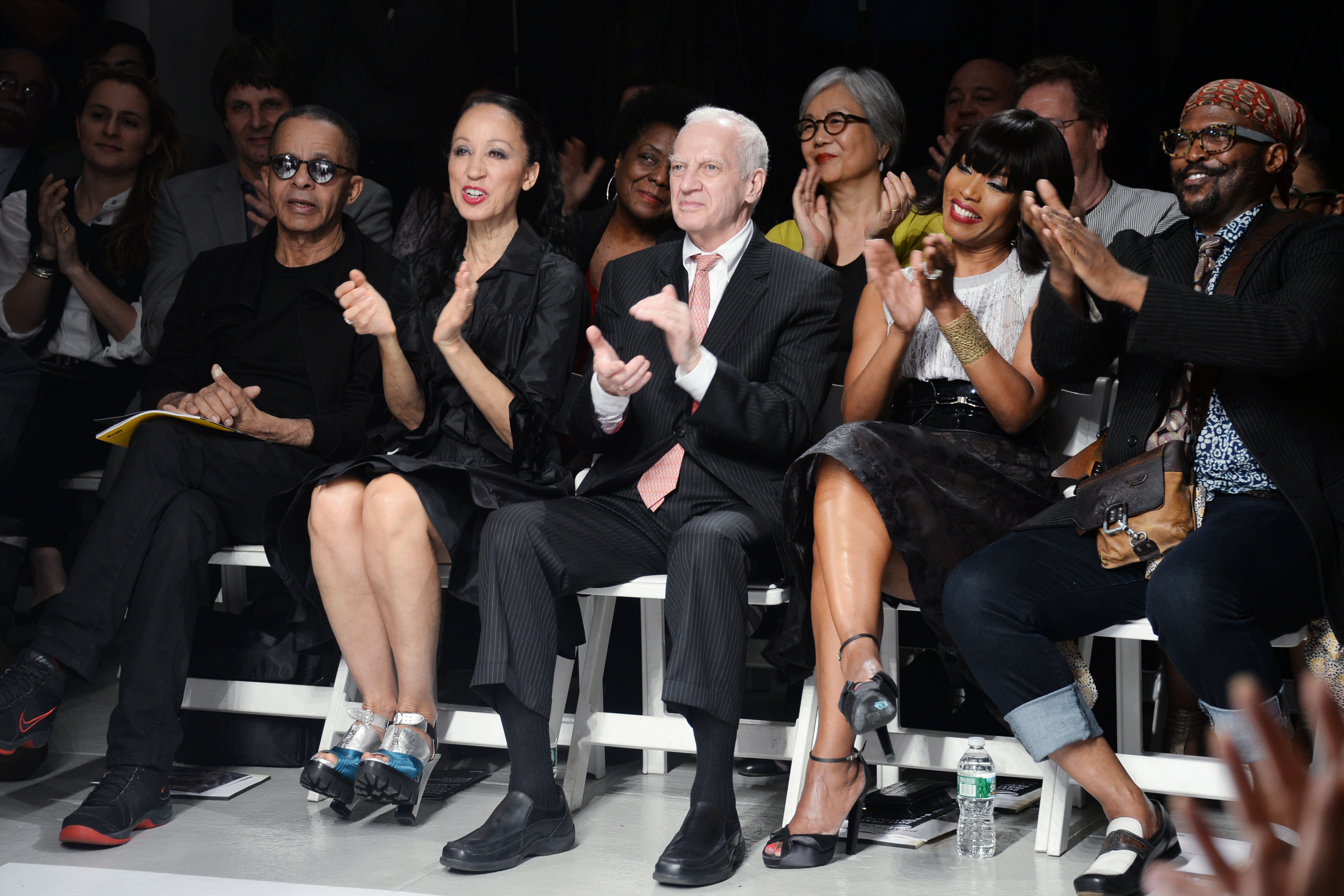 (NEW YORK) It’s awards season at NYC’s top fashion schools! Last night, the Pratt Institute rolled out its yellow carpet once again for the 115th annual Pratt Fashion Show at Center 548, followed by a cocktail benefit at the High Line Hotel to fete Stephen Burrows and Byron Lars. Burrows and Lars weren’t the only fashion stars to stud the event: Legendary supermodel Pat Cleveland and actress Angela Bassett came to present the awards to their stylish friends. Other chicettes on hand included Thom Browne (who was honored at last year’s fashion show), Catherine Malandrino, and Tracy Reese.Burrows was the recipient of the Pratt Fashion Award for Lifetime Achievement. Believe it or not, Burrows hadn’t won an award before his first Coty in ’73. “I just got ‘honorable mention’ on a sculpture in art class,” he said. He was thrilled to have his long-time muse, Cleveland, present the award to him. To fully understand the kismet connection between these two, a brief history lesson on the Battle of Versailles was in order: “[Pat] brought the house down when she came out. She was the star of my show. They threw their programs in the air. They were screaming! It was a magic moment,” Burrows recounted.

Pat stole the show (or the opening remarks, at least) with her bubbly, personal introduction to Burrows. “Recognition has always been a love story,” Cleveland said. “And giving [Burrows] this award makes me a part of that love story.” Cleveland’s connection to Pratt is pretty personal: Bet you didn’t know that Pat’s legendary mother, Lady Bird Strickland was a Pratt alum! Her daughter, Anna Cleveland, even donned the senior fashion students’ glam collections herself.

The show was bigger than ever, featuring twenty-two collections from the Pratt seniors. Each had a unique inspiration from only using pantone 3832 (Navy Blue, darlings) to joint reconstruction surgery. We have no doubts that each of these students will soon be gracing fashion week. But the real star of the show was Julia Wollner, who received the coveted Liz Claiborne—Concept to Product Award. After being diagnosed with Bell’s palsy, Wollner channeled her creative energy into creating a dynamic, Lady Gaga-esque collection featuring vinyls made from her own before-and-after facial photos and unique silhouettes that work against the body—a translation of her discomfort into the garment itself. With that kind of story and effort, we can’t wait to watch Wollner’s career flourish.
SAMANTHA BOREK

Shot Of The Daily: Peter Marino and Marc Jacobs Get Free