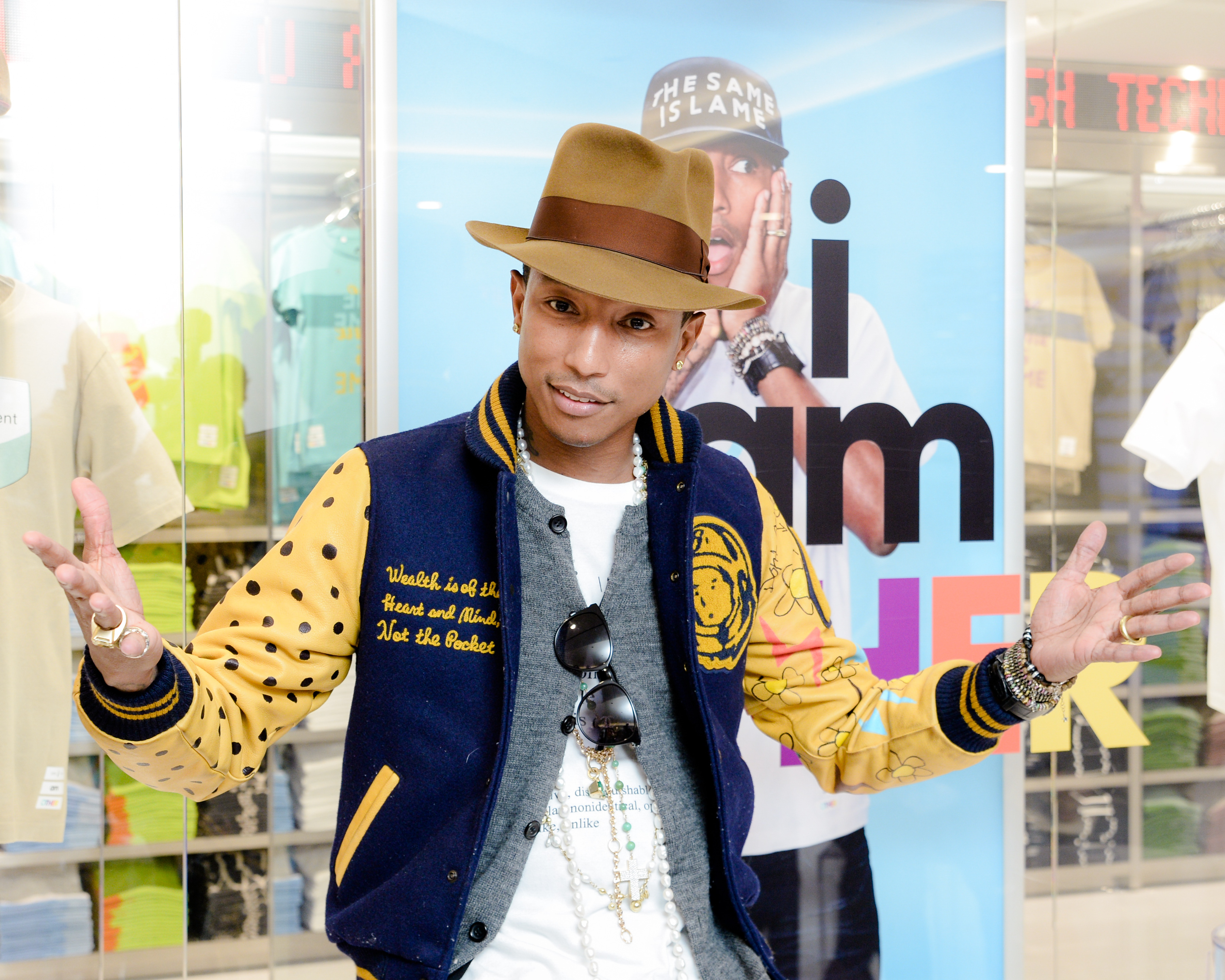 In happy, happy, happy news….Pharrell Williams has just been announced as the CFDA Awards Fashion Icon Award winner. “If cool was a person, it would be Pharrell, not just for his looks and sense of style but for his kindness and openness,” Diane von Furstenberg said in a statement. “I cannot imagine anyone not seduced by him.” The award goes to individuals whose style has made a significant impact on pop culture on an in international stage with previous winners including Rihanna, Lady Gaga, Iman, Nicole Kidman, and Kate Moss. Williams is no stranger to the fashion world: he co-founded the Billionaire Boys Club and ICECREAM lines. He’s also collaborated with adidas and G*Star.

Earlier this week at Top of The Rock at Rockefeller Center the nominees were announces for the June 1st show at Alice Tully Hall at Lincoln Center. Leading the pack in the major categories are nominees Joseph Altuzarra for Altuzarra, Marc Jacobs, Michael Kors, Lazaro Hernandez  and Jack McCollough for Proenza Schouler, and Ashley Olsen and Mary-Kate Olsen for The Row for Womenswear Designer of the Year, and Dao-Yi Chow and Maxwell Osborne for Public School, David Neville and Marcus Wainwright for Rag & Bone, Thom Browne, Tim Coppens, and Tom Ford for Menswear Designer of the Year.  It was also announced that Betsey Johnson, who’s celebrating her 50th year in fashion, will receive a Lifetime Achievement Award, and J.Crew’s Mickey Drexler will be this year’s recipient of the Founders Award.

Congratulations to Betsy Johnson! Well deserved, and always fun! I love it!