Patricia Field Muses on What’s Next 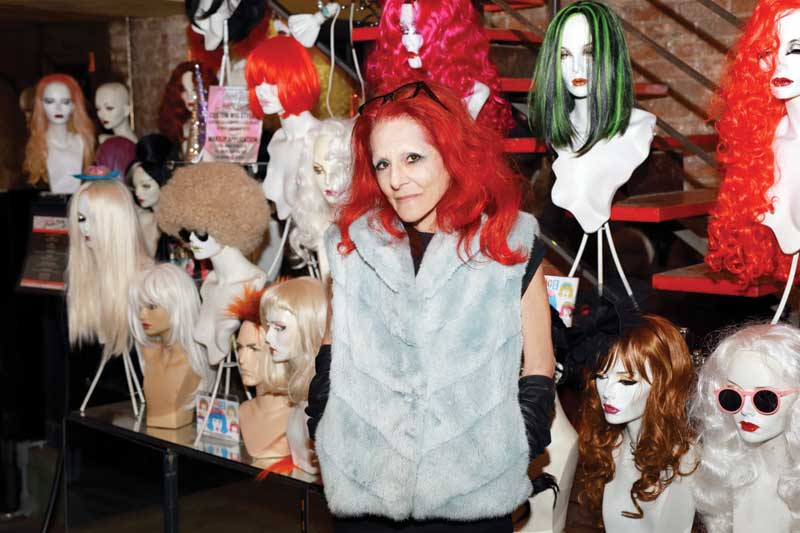 After an astounding 50 years in business, Patricia Field is shutting down her Bowery location. Why did the retailer-turned-costume designer decide to pull the plug? Cigarettes in hand as she holds court in the store’s basement, the legendary New Yorker muses on what’s next.

How does it feel to be closing?
It’s bittersweet and liberating. The thing I’ll miss most is the creative dynamics of not only the people I work with, but my clients and the one-to-one conversations with them. I needed to open up my time, and my shop was taking up more and more of it. I’ve been open for 50 years, so I thought it was okay to walk away. It’s all good.

Was there a particular reason?
I’ve done it long enough. Life is not forever. I’ve had to turn down many nice things because I couldn’t handle them. I want to be in the position to keep working, but work less and open up time for my social and personal life. It got to be something I started to feel was oppressive, even though I love my store and everybody who comes in. I do believe that when I close my store, I’ll lose that person-to-person contact. When you do a movie, you’re one level removed from realness. The store was 24/7. It never ends. I’ve done it. I don’t need to do it anymore. I did it. Am I standing here to put my name on a store? I’m respected. I need to switch gears.

Were sales hurting?
They were doing very well. I did have a period in 2014 where I had a slump in business, and it required me to take charge once again. But 2015 was a great year. You have to love anything you do. You can’t just do it because it’s a job. You have to be excellent at what you do, or you’re just average.

Any famous alumni who got their start at your store?
Paolo Nieddu, a costume designer on Empire, the hairstylist Corvette Hunt, Amanda Lepore, Andre Walker, makeup artist Kabuki, Jody Morlock. There have been many.

You’ve had many locations before arriving here in 2000. What do you think of the Bowery now?
The Bowery is a historical district. It used to be Times Square. All the theaters were here, and the clubs and the bars. As it’s such an old area; it still retains some of the physical aspects of older areas, like the broad streets. It’s a major place for development. Little by little, it’s becoming exclusive. There’s the old Bowery of CBGB, and there’s the Ian Schrager thing on Bond Street. Bond Street has become…I don’t know what. It’s fun to watch. I was invested in the Bowery when I bought this place. It’s a struggle between the old and the new, but the new is going to win, because the new has the money. 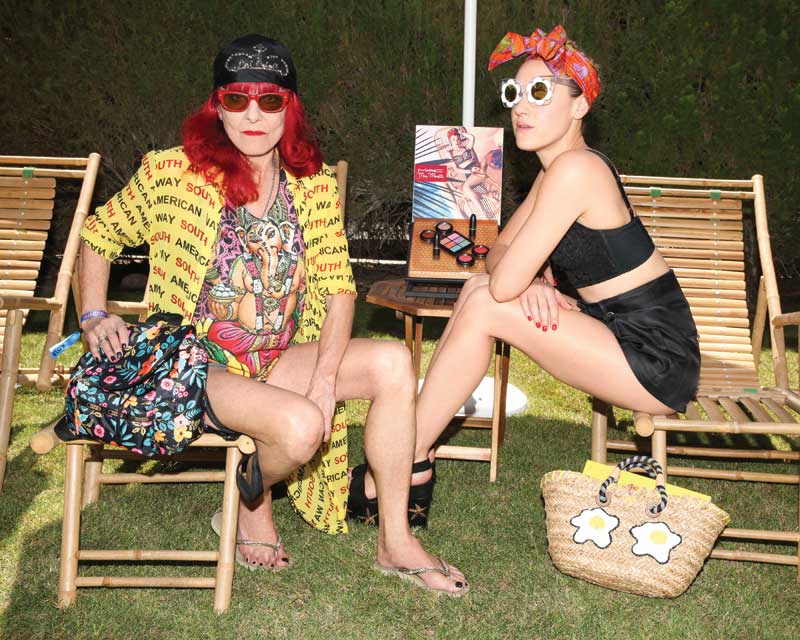 Thoughts on New York these days? People love to bitch.
I don’t like to bitch too much about it. The only thing I bitch about is some of the politics that go on and the result of that. Progress is liquid. If you don’t build and improve, you get left behind. If you travel the world, it’s like a contest of who can build the cities the fastest. I love Europe, but it’s kind of like a museum. If all the world around you is building 50-story buildings…I can’t bitch about it. You can’t stop progress.

Any crazy shoplifting moments?
They tell a story of when I was on Eighth Street and I had this antique rifle in the store. A crowd of kids came in and were acting up, and I said, “Get out of here or I’m going to shoot you!” They left. You have to have some balls in life.

Where did you get your balls from?
Maybe I was a hermaphrodite. [Laughs] I’ve never thought of myself as a man or a woman, ever. I never got behind the women’s movement, I never responded to the misogynists. I didn’t sit on any of those things. It wasn’t part of me.

Were your parents like that?
My mom was a very independent woman who was ahead of her time. She had a mind of her own. There were 10 children in her family, and my grandparents came here from Greece. They took the boys and my mother, and then they sent for the rest of the girls.

What did your parents do?
My dad was a tailor, and as a kid, my mom started working at a laundry, which is where they met. My dad died when I was about 8, but my parents ended up owning a dry-cleaning business. I came from a solid middle-class upbringing. We weren’t the Trumps, but we were okay.

Did growing up around a dry-cleaning business have anything to do with your love of clothes?
Maybe. It affected my knowledge. My mom taught me about silk, and would tell me if a stain was oil-based, because you can’t put water to oil. I don’t know why she wanted to tell me all these things, but I listened. I can touch a fabric and know exactly what it is.

Are you still going to be working on television and film projects?
I’d like to. Right now I’m working on a TV show, Younger, on TV Land. We just finished our second season. They want a third season, so we’re going back. It’s here and easy. I don’t have to relocate myself.

Do you have a favorite project?
The success of Sex and the City affected my career, and that’s No. 1 from that point of view. I loved working on The Devil Wears Prada. The director, David Frankel, trusted me. I didn’t have to justify everything. I got that job by default, because Meryl Streep wanted Ann Roth, and whatever Meryl wants, Meryl gets. That’s not a slur on her by any means—she taught me a lot, and I really like her. Ann’s budget was too high and it was going to take her too long to prepare, and they just didn’t have the money. They wanted it prepped in eight weeks, and she wanted something like six months.

And you got an Oscar nomination for it!
I didn’t win it, but I totally respected the designer, Milena Canonero, who won.

Years ago, you were one of the few who supported John Galliano when he was fired from Dior. Was there any backlash?
A little. Some people said that they didn’t know that Patricia Field was a “Jew hater.” At the end of the day, I’m happy that I supported John. I woke up some people in the fashion industry who should have spoken up. I don’t know what happened with John. Maybe he did a drug, had a problem, had some stress. I don’t know what he did. The point is the fashion world benefited greatly from John’s talent. Dior was dead, and John brought it back. For me, it was an ambush. They could have helped him. Then there’s the actress.

He’s returned!
He’s very talented. I know him personally, and he’s not an evil person. He’s a sweet person. Whatever crazy thing that might have happened… It was the moment, and he couldn’t deal with it. There were words. How many times do people do crazy things? So I spoke out because I was appalled. He saved that house.

Have you always been fearless?
I wouldn’t consider myself fearless, because I don’t operate out of fear. I do have my opinions and my thoughts, and one of my main things is truthfulness. If I’m asked, I give my opinion.

Do you get photographed on the street?
I’m a human being, I’m not a poster, and people, out of good intentions, want pictures or selfies. It’s stopped me from going out. It erases any possibility of me having a normal life.

What else do you have up your sleeve?
In the past year, we’ve had a very positive reaction to art fashion. We sell an insane amount of [artist/designer] Scooter LaForge. I have an idea to develop an art and fashion entity. There’s a handful of artists who I’d like to represent online in art and fashion. It hasn’t been done.

What will you do with your time now?
I have another social life in Athens, Greece. I have very good friends there. I like it there because of my heritage, but mostly, because of my friends. Normally, I would go two or three times a year. I also have a beautiful apartment in South Beach, Miami, where I haven’t been unless it’s for business. Those two destinations are at the top of my list. I have friends who want me to go to Italy. I’ve turned down invites to Capri. I need to open up some time in my life for all of the rewards that have come my way. At the end of the day, the only thing I want to do is go home and go to bed. That is not a life!