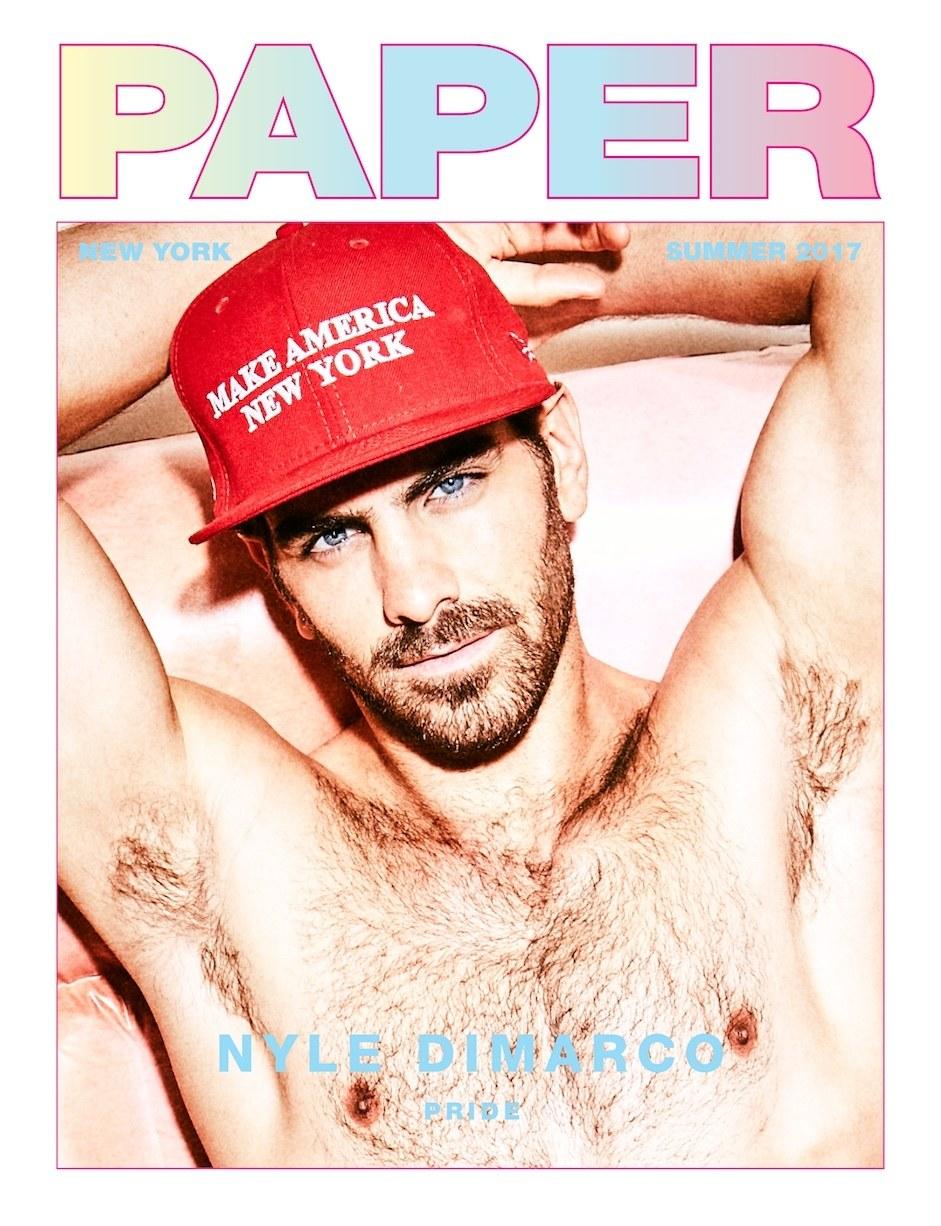 Nyle DiMarco has landed a shirtless cover for Paper mag‘s June/July issue. Paper is releasing a series of digital-only covers, features, and galleries celebrating and supporting the LGBTQ community, and the America’s Next Top Model alum—who is deaf yet navigated each challenge with apparent ease—is the latest to land a spot. DiMarco was lensed by Ellen von Unwerth and styled by Paul Sinclaire. The book’s editorial director Mickey Boardman interviewed him, where he breaks down his plans for Pride, his new social platform responsibility, and his hopes for the LGBT and Deaf communities. Here are some highlights from the piece…

MB: In 2015, you came out as sexually fluid. Were you surprised by the response?
My Deaf community is small; we understand the value of embracing one another in order to flourish as a community…Growing up, I never felt the need to come out, especially being a Millennial. We just did not care who showed up at the door step. When stardom hit, I immediately saw the wave of questions to my sexuality. It made me feel closeted for the first time, so when somebody asked, I casually replied because sexuality shouldn’t be a big issue. When it blew up, I was surprised at the reaction because they all were positive, including so many media outlets. So many people related to me, both women and men. So many felt a sense of relief because they weren’t the only one.

How do you navigate the dating world in 2017?
I used to have Tinder. I got booted several times because they thought I was an imposter! In all seriousness, it is often through friends, work, parties—and maybe Instagram!

What would your perfect dream date be?
Forget the fancy dinners, let’s play one-one-one basketball game. Dip into the beach. End the day with a simple dinner.

Plus, watch DiMarco jump on a trampoline in his underwear. You don’t want to miss this!

Patrick McMullan to Auction Off His Extensive Art Collection on Artnet