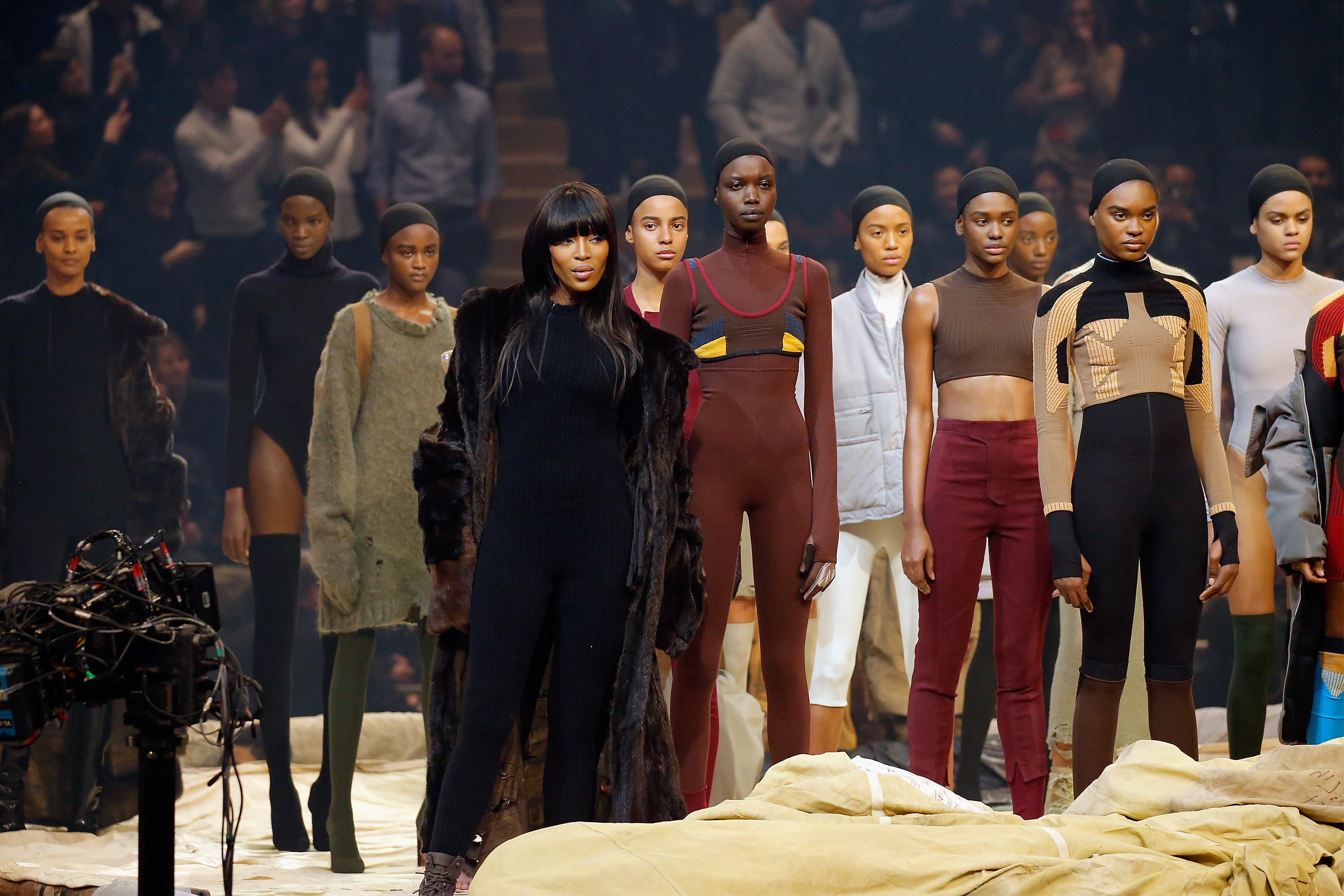 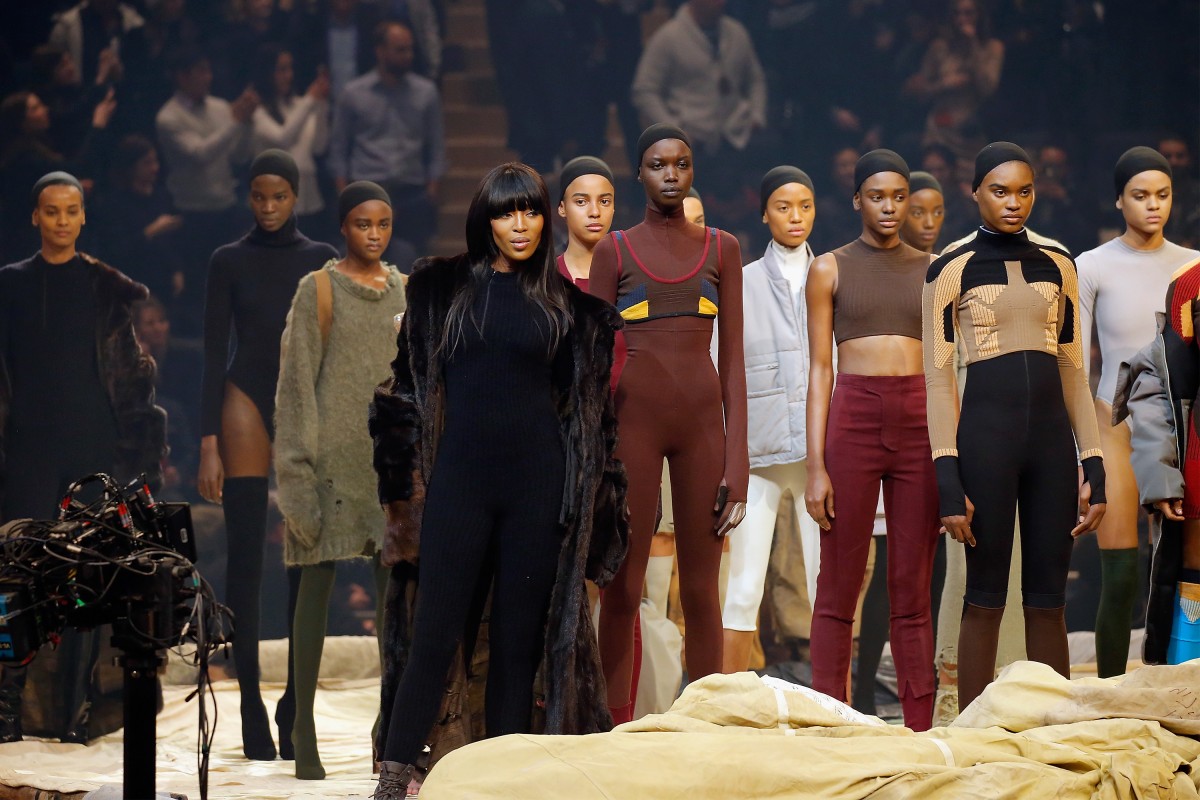 Naomi Campbell slays it at the unveiling of Yeezy season 3 by Kayne West/Getty.

NYFW got a serious glamour and celebrity injection late this afternoon when Kayne took to the runway – actually make that the stage – to launch his Yeezy season 3 collection, along with this new album.  The Daily was in the FROW at Madison Square Garden (yep, we told you it was a spectacle) to witness all the fashion and fabulosity.  The high priestess of mods Naomi Campbell starred (as did Liya Kebede and Veronica Webb), Jay Z was in the house, as was wife Kim (seated next to Anna Wintour naturally) and the entire Kardashian/Jenner clan (working head to toe Balmain). Not one to miss a publicity opportunity Kayne also presented his recovering brother in law Lamar Odom to the audience.  Stay tuned for more insider dish direct from the show.