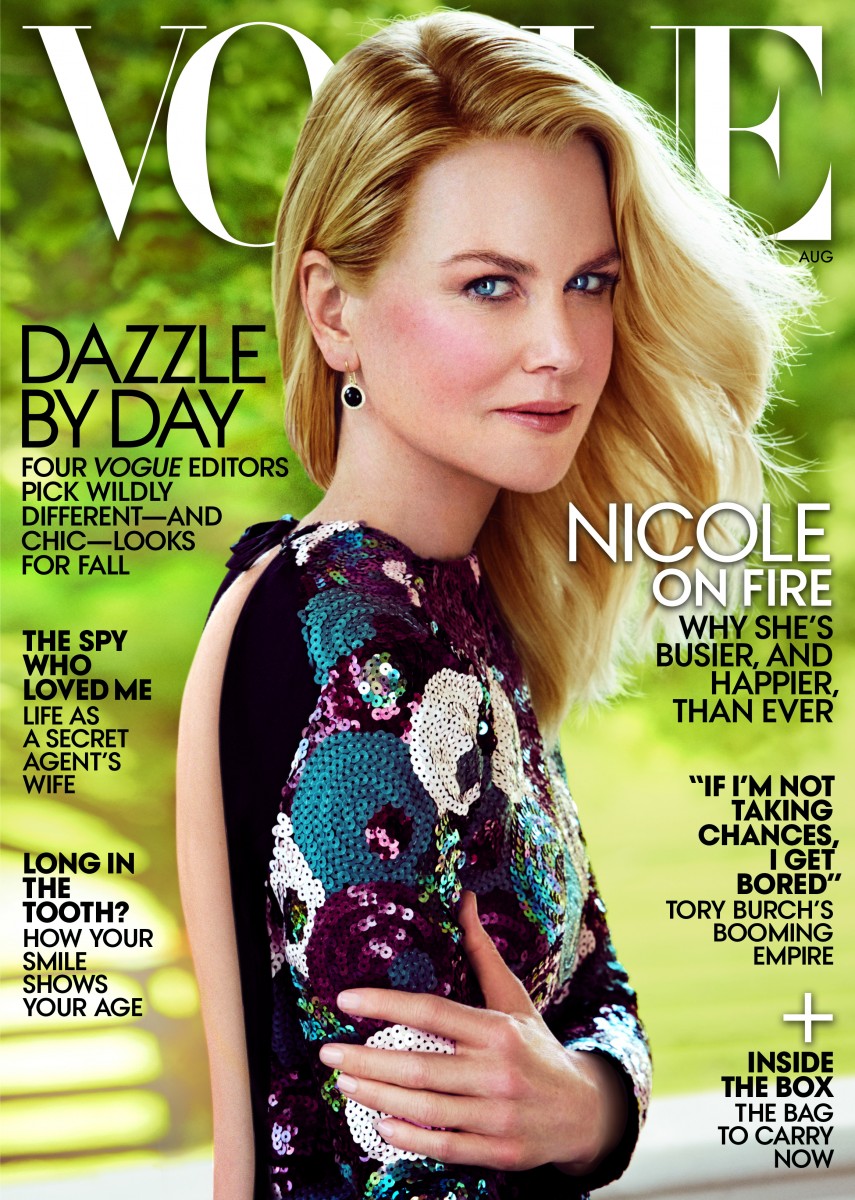 The coverline says it all: Nicole Kidman is on fire! The 48-year-old actress (hard to believe, non?) stuns on the August cover of Vogue, which was shot by Patrick Demarchelier, in a backless, sequin Marc Jacobs dress from his fall 2015 collection. Her hair was styled by Shay Ashual, and her makeup was done by Jeanine Lobell, the same artist who did Kim Kardashian‘s “makeup-free” Vogue Spain cover. In the inside interview, the Academy Award winner gets personal. She spills on her new role as the star of Werner Herzog‘s film The Queen of the Desert, which releases in the U.S. in September, her relationship with her husband since 2006, Keith Urban, plus more. Kidman shows off her openness of affection towards her hub when mentioning a recent night out with him and pals where she watched the country star sing and play in a jam session. “I looked up at him at one point and I saw his tattoos and his foot going, and he had the guitar, and I was like, ‘God, I love that man. I’m so glad I’m in this world,’ she said. (Eyes roll up.) She’s also featured in a Vogue video for a rapid-fire round of 73 questions. Spoiler! She reveals why an otter is her spirit animal and dishes on what she really thinks of country music.

The issue hits newsstands tomorrow, and you can also read the full interview online here.