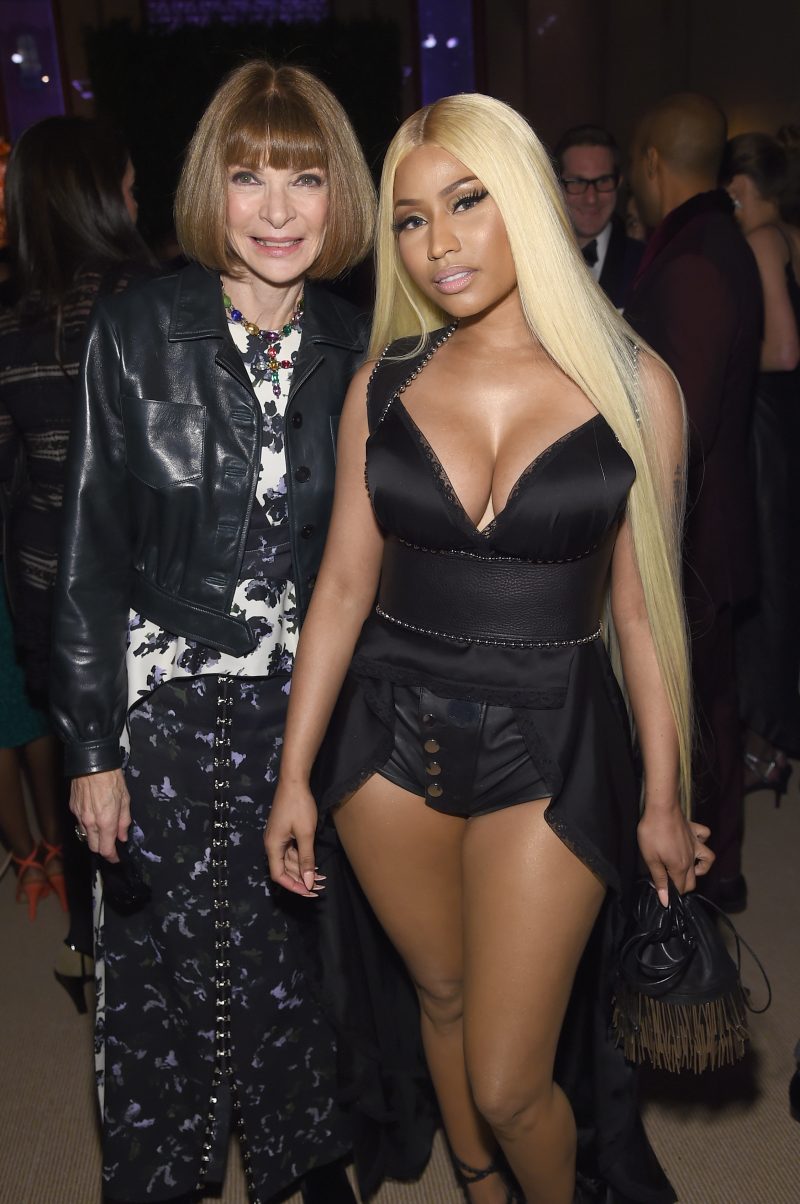 Last night, models, celebrities, and designers headed to Brooklyn to hear which designer out of 10 hopeful finalists would win the 2017 CFDA/Vogue Fashion Fund competition. The winner of this year’s award—refresher, a $400,00 cash prize!—was Telfar designer Telfar Clemens, who launched his NYC-based unisex label in 2005 and sells his line in boutiques like Opening Ceremony and Colette. He follows in the footsteps of Brock’s Laura Vassar Brock and Kristopher Brock, who scored the award last year. Clemens, who attended with Selah Louise Marley and dressed her for the occasion, won the prize against 9 others nominees, including Ahlem, Chromat, Dyne, Victor Glemaud, Jordan Askill, Mateo New York, RTA, Sandy Liang, and Vaquera, selected by a committee of designers and industry insiders. The runners up took home some cash too: Ahlem Manai Platt of eyewear brand Ahlem and Becca McCharan-Tran of Chromat took home $150,000 each.

Those who came out for the night included Nicki Minaj, who wore Alexander Wang and attended with the designer himself, and a bevy of major mods like Ashley Graham, Martha Hunt, Karlie Kloss, Sara Sampaio, Taylor Hill, Lais Ribeiro, and Imaan Hammam. Designers and fashion insiders who also showed face included Diane Von Furstenberg, Jenna Lyons, Tory Burch, Prabal Gurung, and of course, Steven Kolb and Anna Wintour. The dinner, which followed cocktails, was sponsored by JD.com.